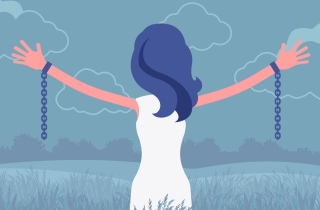 The Criminal Code contains certain provisions that apply differently in separate provinces as a result of certain provinces opting in, or not, to a particular program. An example of this was the availability of conditional discharges in matters of impaired driving.

Up until December of 2018, provinces had the ability to opt in to programs whereby an accused person could complete remedial counselling to avail themselves of a conditional discharge in drinking and driving offences. Typically, this would involve an accused recognizing that they have an alcohol problem, pleading guilty, engaging in significant counselling set up by the province and then being placed on probation to continue counselling while also serving a driving prohibition.

All, in all, this often was more significant and helpful to the community in serving the goal of rehabilitation than a mere fine and driving prohibition, the typical sanction for a first-time impaired driving, would have. Some provinces, most notably Ontario, never opted into such a program.

Nonetheless, some judges found this differentiation in treatment under a criminal law which is to apply equally to people across the country unfair. As a result, in certain circumstances judges had applied constitutional principles from the Charter of Rights and Freedoms to order discharges even when there were not, strictly speaking, legally available under the statute.

Understanding what a discharge means is important. Under s. 730 of the Criminal Code, a person may be eligible for an absolute or conditional discharge rather than a conviction for certain offences. A discharge may not include a penalty such as a fine or jail, but may include other things such as probation, driving or weapons prohibitions, victim fine surcharges and other steps to help in the rehabilitation of a person.

A conditional discharge may still affect travel as the U.S.A. does not recognize discharges. In many ways, a discharge is similar to an automatic record suspension (formerly called pardons) after a period of time.

With the amendments to the Code under Bill C-46, the availability of discharges for drinking and driving offences has been completely removed across the country. Nonetheless, on July 16, 2019, in the case of R. v. M.L. [2019] O.J. No. 3809, Justice Paul Burstein of the Ontario Court of Justice ordered a discharge. While the offence predated the amendments, the principles remain persuasive under the new law.

Specifically, the facts of R. v. M.L. involve a young Indigenous woman to whom Gladue principles apply. She pleaded guilty. She had no criminal record. She had made “significant efforts to seek treatment and stay sober since the offence.”

In this case, the Crown acknowledged that the penalty was disproportionate but argued that it was not “grossly” so, the test for finding a s. 12 Charter breach. Justice Burstein considered the effects which a conviction would have on a person like M.L.

Justice Burstein followed the Supreme Court ruling in R. v. Pham 2013 SCC 15 that a court must consider not only the bare punishment but also the collateral consequences. The impact of a criminal record is significant. It can affect a person’s ability to seek or maintain employment, their ability to volunteer, their ability to travel, custody of or access to their children, among other things.

A discharge allows for the expungement of a criminal record.

In their recent Harvard Law Review article, Expungement of Criminal Convictions: An Empirical Study, J.J. Prescott and Sonja Starr found that the sealing of records has a positive impact on the employment of a person. As well, the rate of individuals who had their records “set aside” as it is called in Michigan had a low offence of recidivism (4.2 per cent overall and one per cent for a felony with 0.6 per cent being violent offences).

This sort of study supports Justice Burstein’s approach that a sentence that may be seen as “lighter” which in fact emphasizes rehabilitation rather than denunciation or deterrence in the case of first-time offenders is empirically supported.