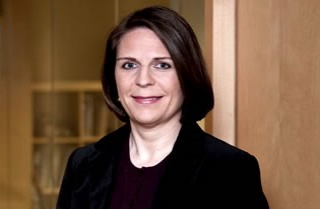 Individuals with family law matters before the B.C. provincial court now have an additional option to court thanks to a free mediation service.

The program is now managed by Jane Reid of Jenkins Marzban Logan LLP, and has 23 lawyers who are certified mediators. Reid said establishing the mediation program “was in response to the fact that we know there is a lack of access to justice” in the family law field in British Columbia.

“The numbers are sort of different depending on what statistics you look at, but we know about 40 per cent of people in family law matters aren’t represented,” she said. “And people get to the point where they are litigating but they don’t know there are other resources out there that may be available to them.”

Family law disputes in B.C. provincial court usually involve a family case conference with a judge after their first court appearance. If the issues are not resolved there, the judge may invite an individual to fill out an application form for the mediation service. In order to qualify for the provincial court program, which includes up to four hours of free mediation, an individual must be involved in family proceedings in the provincial court at the Vancouver or Richmond courthouse, one person in the case is self-represented, the individual’s combined income is less than $100,000 a year and the mediator is satisfied that domestic violence is not an issue.

The mediators will then work with the participant in resolving family law disputes such as parenting arrangements and support issues. The provincial court does not deal with divorce issues or division of property, but Reid said those issues can be handled through the B.C. Supreme Court as mediators are qualified to work at both levels.

“The mediators on my list are not limited in any way in dealing with all of the issues — as far as the service we offer, there is no difference between the Supreme Court and the provincial court,” she said. “The service and the referral process is exactly the same, and the requirements are exactly the same in that one party has to be self-represented, but the provincial court is just a little more structured because I implemented it more recently and was more involved in it.”

According to Reid, just over 50 per cent of cases that go through the program get resolved before court.

“It gives people access to something they may not otherwise have, and generally mediation is expensive,” she said.

More information can be found here.