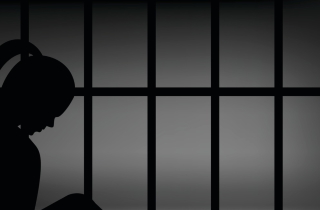 Almost two decades after the Supreme Court of Canada (SCC) released its landmark ruling in R. v. Golden [2001] 3 S.C.R. 679 in which the court set out the legal parameters surrounding justifiable strip searches, police forces across Ontario are continuing to have difficulty with adhering to these legal precepts.

In fact, the lack of conformity to the rules set out in Golden has become so prominent that the Office of the Independent Police Review Director (OIPRD) recently released a report in which it found that the police in Ontario continue to conduct an excessive number of unjustified strip searches.

According to the report, the police in Ontario conduct over 22,000 strip searches a year — the majority of which are performed by the Toronto Police Service. On its face, this appears to be a staggering number, particularly in light of how in 2001, the SCC in Golden stressed that this type of search must not be carried out as a matter of routine policy. The court held that these searches are inherently degrading and humiliating to the subjects and should only be carried out when the circumstances of the case clearly justify these. The issue, however, is not only the volume of unlawful strip searches.

Another, and perhaps even more concerning, issue is the extent to which officers’ decisions to conduct these types of searches departs from the legal principles set out in Golden.

In Golden, the SCC outlined legal preconditions to a lawful strip search. In short, these searches are constitutionally permissible where: (1) they are conducted incident to a lawful arrest, where the purpose of the search is to uncover weapons in a detainee’s possession or evidence related to the arrest; (2) there are reasonable grounds to justify the strip search; (3) the search is carried out in a way that does not infringe s. 8 of the Charter.

In a number of reported decisions from courts across the province, it is apparent that the police not only depart from these rules but do so in a significant manner. An example is the decision of R. v. Judson 2017 ONCJ 439, in which the police conducted a drinking and driving investigation.

The accused was brought to the station and, after a thorough pat down search, she was directed to remove her bra. Not only did the police not have reasonable grounds to justify the more intrusive search, the court found that it was a routine procedure at the particular police detachment to have all female detainees remove their bras. That protocol was antithetical to the SCC’s pronouncement that strip searches must not occur as a matter of routine.

In R. v. Bruce 2018 ONCJ 135, the accused was arrested for a drinking and driving related offence. During a search incident to arrest, the police found a small amount of marijuana in the accused’s purse. The booking officer authorized a strip search to ensure there were no more drugs on the accused’s person which, he believed, could be provided to others at the police station.

In Golden, the court held that the mere possibility that an individual may be concealing evidence or weapons on his or her person is not sufficient to justify a strip search. Despite the SCC’s clear language in this regard, the police, in this case, were found to have acted solely on speculation in authorizing the search.

R. v. Gayle [2018] O.J. No. 5044 involves another case in which the police seemed to have entirely ignored the standard set out in Golden. In this case, the accused was arrested for assault, uttering threats and assault with intent to resist arrest. The accused was pepper sprayed by police as a result of his behaviour but was co-operative thereafter. The booking sergeant ultimately ordered a strip search to be conducted, as a result of the accused being verbally aggressive.

Instead of adhering to the rules set out in Golden, the court found the sergeant authorized the search effectively to punish the accused for his initial non-compliance with police and his demeanour.

The OIRPD’s review of the jurisprudence uncovered 89 reported cases where the police were found by courts to have not complied with the legal preconditions from Golden. However, because not all decisions are reported, and the legality of strip searches in particular cases is not always challenged, we have limited insight into the pervasiveness of this issue.

Defence counsel can play a vital role in ensuring this issue is kept in the spotlight by always evaluating each of the following factors when taking on a case: (1) whether a search has occurred that meets the definition of a strip search, as set out in Golden, regardless of whether the police have classified it as such; (2) whether the police had the requisite reasonable grounds to conduct the strip search (if there was one); and (3) whether the manner in which the strip was conducted complied with the recommendations adopted by the Supreme Court in Golden.

If counsel believe an unjustified search potentially occurred, the next step is to determine the most appropriate remedy for the potential violation.

One of the common remedies sought by counsel for an unjustified strip search is a stay of proceedings. Generally speaking, this a difficult remedy to obtain, given the way in which the remedy has been categorized as an extraordinary one.

Despite the extraordinariness of the remedy, if, nearly two decades after Golden, police forces continue to conduct strip searches in ways that significantly depart from the SCC’s ruling, it might be easier to argue that the “clearest of cases” threshold has been met — a finding required for a judicial stay of proceedings.

Short of any significant policy-based changes by police forces across Ontario, including training initiatives that target invasive searches, it is likely that individuals’ Charter rights will continue to be eroded in alarming numbers and in concerning fashion.

Andrew Captan is a lawyer practising exclusively in criminal defence throughout the Greater Toronto Area. He can be reached via his website; e-mail, andrew@captanlaw.com, or call (647) 878-6355. Sanja Mavrak is a criminal defence and contract lawyer in Toronto. She can be reached via her website; e-mail, sanja@mavraklaw.com, or call (416) 554-4974.