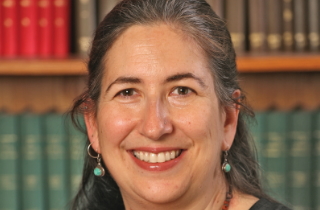 The Federal Court of Appeal has ruled against a number of refugee claimants who argued an inability to be heard before a government appeal body violated their constitutional rights.

The refugees were Bangladeshi, Colombian, Jordanian and Syrian citizens and stateless Palestinians who, after transiting through the United States, presented claims for protection. Under Canada’s safe third country agreement (STCA), refugee claimants arriving from a U.S. land border port of entry cannot seek protection, with responsibility for the claim falling to the United States. However, the appellants in this case claimed they had family members in Canada, which exempted them from the STCA.

Their claims of asylum were rejected by the Refugee Protection Division (RPD) of the federal Department of Immigration, Refugees and Citizenship Canada (IRCC). They appealed to the department’s Refugee Appeal Division (RAD), which dismissed the claims on jurisdictional grounds, because under s. 110(2)(d) of the Immigration and Refugee Protection Act (IRPA), a provision known as the “RAD bar,” refugee claimants entering Canada through countries which have an STCA cannot appeal an RPD decision.

The claimants then went before the Federal Court, arguing the RAD bar infringed s. 7 of the Charter, which holds “everyone has the right to life, liberty and security of the person and the right not to be deprived thereof except in accordance with the principles of fundamental justice.” According to court documents, they argued the Charter was engaged by the risk of refoulement (a risk of persecution, torture or death in a person’s home country) and the psychological stress associated with the absence of a right of appeal. Those arguments were dismissed by Justice Elizabeth Heneghan in Kreishan v. Canada (Citizenship and Immigration) 2018 FC 481.

And Justice Donald Rennie, who wrote the unanimous decision of the Federal Court of Appeal, held the RAD bar does not engage s. 7.

He wrote it is well-established that the scope of the guarantees under s. 7 will vary with the relevant context, citing the Supreme Court’s ruling in Canada (Minister of Employment and Immigration) v. Chiarelli [1992] 1 S.C.R. 711.

“The immigration context is no exception. In Chiarelli, the Supreme Court recognized that the scope of s. 7 rights differ as between citizens and non-citizens in light of the fundamental principle that the latter do not have an unqualified right to enter or remain in Canada,” he wrote. “In consequence, the removal of a non-citizen does not in itself engage the liberty and security interests encompassed in s. 7.”

Justice Rennie noted the appellants conceded that, under existing case law, the principles of fundamental justice do not require, as a matter of process, any right of appeal.

“However, it has proven difficult not to view the appellants’ argument as a disguised challenge to the principle that there is no right, constitutional or otherwise, to an appeal,” he wrote. “The arguments which they advance in support of a right of appeal are no different, regardless of whether they are directed to the procedural or substantive considerations of s. 7, and would be equally at home in an appeal that asserted, directly, a s. 7 right to appeal to the RAD as a matter of procedure.”

Since the appellants’ argument failed at the engagement stage of the s. 7 analysis, Justice Rennie found it was unnecessary to answer the issue of whether the RAD bar deprives the appellants of their s. 7 rights. He was joined by Justices Wyman W. Webb and John I. Laskin in his decision, which was released Aug. 19 (Kreishan v. Canada (Citizenship and Immigration) 2019 FCA 223).

IRCC spokesperson Rémi Larivière said the federal government was satisfied with the ruling.

“The issue is not application of the STCA, or access to a hearing at the RPD,” said Larivière. “Rather, they sought the right to appeal refugee claim determinations to the Refugee Appeal Division. Those who fall under the STCA exception and whose refugee claim is rejected at the Refugee Protection Division may ask the Federal Court to review the decision.”

Ben Liston of Legal Aid Ontario’s Refugee Law Office, who represented three of the appellants in the case, said the decision “doesn’t do justice to the core of [their] argument.”

“This is not a Charter challenge about barring their access to the refugee appeal division per se,” he said. “It’s about that group of claimants being subject to a refugee determination process that is inferior in that it increases their risk of refoulement, because the removal can occur before there is any level of review.”

Liston added, as a result of the ruling, there is now a system of “removal first and review later,” and that is a problem because there is a high incident of error made in refugee adjudication decisions by the RPD.

“This an important case for s. 7 rights because, based on the interpretation and analysis adopted by the FCA, particularly taking a contextual approach as to whether s. 7 is engaged at this stage of the refugee determination process, we now have that term ‘everyone’ in s. 7 getting remarkably different and narrower meaning than we had previously imagined,” he said. “And that’s the significant concern for the appellants and refugee claimants coming out of this decision.”

Liston noted a s. 7 analysis is a two-step process, with the first being the determination of whether s. 7 is engaged and the second considering whether any deprivation or impingement on those interests is in accordance with the principles of fundamental justice.

“We didn’t make it past the first stage of that analysis with the Federal Court of Appeal,” he said. “We know there is a significant error rate at the refugee protection division, and when we talk about refugee claimants these are potentially life or death errors. So, given those interests, one would think that life, liberty and security of the person would be at the very least engaged where the state seeks to deport someone before determining whether that one and only refugee risk determination is legally sound.”

Sharry Aiken, an associate professor at Queen’s University who teaches immigration and refugee law, said the court’s ruling was not surprising.

“Section 7 case law in relation to due process for non-citizens is one of the weakest links in the jurisprudence today,” she said. “I don’t agree with [the ruling], and it is deeply problematic that individual citizenship status, or lack thereof, ends up informing how we interpret Charter rights, and allows the courts to engage in the kind of sophistry that suggests access to an appeal on the merits of a decision that may affect your life or death does not engage essential security and liberty interests.”

Aiken said it is hard to square the decision with the right that Canadian citizens have to appeal decisions that affect their lives.

“I am highly critical of the court’s reasoning but it is certainly consistent with a significant trend in terms of appellate level decisions, including Supreme Court decisions, which have sought to curtail and restrict the Charter rights of non-citizens,” she said. “From a philosophical standpoint I would argue that everyone present in Canada deserves to be treated equally and is of equal moral worth, and have the right to expect the rule of law applies to them on equal terms as it applies to everyone else.”

Liston noted the decision could have a significant impact on pending litigation at the Federal Court, as a significant number of cases involving the RAD have been held in abeyance until the court’s ruling in Kreishan.

“As far as all other claimants coming forward or entering Canada now under an exception to the STCA agreement, they will be able to continue to make their claim to the RPD, but if that is not approved they are subject to removal prior to any review of that decision by either the RAD or the Federal Court,” he said.

Despite the lack of success on the constitutional question, four of the five appellants in the case had a judicial review of the RPD decisions dismissing their claims resolved in their favour.