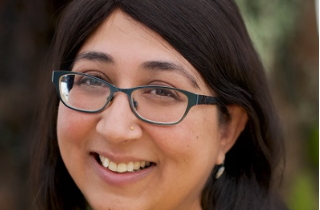 A lawsuit arguing British Columbia has a constitutional responsibility to ensure access to the justice system for women who are fleeing violent relationships or face ongoing abuse from ex-spouses will soon have its day in court.

On Aug. 23, B.C. Supreme Court Chief Justice Christopher Hinkson ruled against the B.C. government and the provincial Legal Services Society (LSS) in their attempts to dismiss the suit as having no reasonable claim (Single Mothers’ Alliance of BC Society v. British Columbia 2019 BCSC 1427). The case was brought forward by West Coast LEAF on behalf of the Single Mothers’ Alliance of B.C. Society (SMA) and single mother Nicole Bell, and argues B.C.’s legal aid system increases the risk of exposure to violence and intense stress for women and children, thus violating sections 7 and 15 of the Charter and s. 96 of the Constitution Act, 1867.

West Coast LEAF litigation director Raji Mangat said the lawsuit is the result of “a lot of advocacy that we and others have been doing since the legal aid cuts started [in B.C.] in 2002.”

“We had written several reports identifying what the challenges were with these cuts and how they were impacting people, and how the family law cuts were having a greater impact on women, as they were more likely to be requiring legal aid for family law matters,” she said. “The legal aid system seems to be moving from representation to empowering people to self-represent, and that just doesn’t work in situation where there are high-conflict, family violence cases.”

Mangat said the system denies access to legal services that are required to effectively participate in family law proceedings and to obtain remedies to protect women and their children from family violence. She added women are disproportionately affected by the family law legal aid system, in particular women who have other intersecting barriers, such as if they are Indigenous, have limited English language skills, or have a physical disability or mental impairment.

“We have this legislation that has a very progressive definition of family violence, but if people can’t actually access legal aid the legislation is kind of irrelevant,” she said. “These individuals are less likely to be able to afford to retain a lawyer, and also have more at stake if they are the primary victims of family violence and abuse, which we know statistically women still are.”

West Coast LEAF also intends to argue the system denies a meaningful opportunity for people to get access to the courts, said Mangat.

“The courts are where you have to go, because there is no self-help option,” she said. “Your option is the legislation, and the legislation is supposed to be there in order to protect people in situations of family violence, but the legislation and the whole scheme is out of reach for so many who desperately need it. The piecemeal access to the system creates ongoing hardship, whereas fundamental rights and obligations are at stake.”

In its response to the notice of civil claim, the province agreed it is an important policy objective to make reasonable access to the courts available to low- and middle-income British Columbians. But the government added the plaintiffs were not able to establish the breaches of the Charter, and the Constitution does not require the province to provide state-funded legal counsel as a family law proceeding is not a government action that deprives a person of life, liberty and security of the person because such actions are not brought by the government. For their part LSS agreed that access to the courts can be difficult for single mothers and their children, but argued, since their policies are not “law,” they cannot be declared to be of no force or effect.

Debra Parkes, chair in feminist legal studies at the University of British Columbia (UBC) school of law, said it has been constitutionally entrenched as a result of the Ontario Court of Appeal’s decision in R. v. Rowbotham (Ont. C.A.) [1988] O.J. No. 271 that the state must provide legal counsel for an unrepresented accused, but the law with regards to other areas of legal aid has been mixed. She pointed out the Supreme Court in New Brunswick (Minister of Health and Community Services) v. G.(J.), [1999] 3 S.C.R. 46 held New Brunswick was under a constitutional obligation to provide the appellant with state-funded counsel in a child apprehension case as it affected security of the person, but added the B.C. Supreme Court in Canadian Bar Association v. HTMQ et al. 2006 BCSC 1342 dismissed a constitutional challenge to funding of civil legal aid due to the CBA’s lack of public interest standing and there being no reasonable cause of action.

“The claim that is being made in this case is an interesting and important way of saying there is an equality issue, as well as a s. 7 security of the person issue, when you don’t have adequate family law legal aid,” she said. “It is saying there is a real impact on people’s safety and equality, and an impact on children, in terms of the inability to have family law matters resolved in a timely and expeditious way through parties being represented by counsel.”

There is a real crisis in self-represented litigants in family law, said Parkes, and the claim is one that has a good chance of success “if the court brings a substantive equality and contextual analysis to it.”

“The case is timely and important because of developments in the law of s. 7 and s. 15 that mean that a court needs to look at the evidence, particularly in this case which is being marshalled around on the impact on women and children,” she said. “There is also a racial disparity there in terms of Indigenous and racialized women who are more likely to be lower income, and so it is important for court to look at all of these factors and the evidence that goes with them. We haven’t had a claim that has proceeded on this basis before in a fulsome way, and I think it would be important for a court to weigh in on it and not dismiss it at the outset the way the previous complaint was.”

Any argument that a decision in the plaintiffs’ favour would add too much cost to the system “is a bit of a red herring,” said Mangat.

“I think there is plenty of evidence that by cutting legal aid we actually add costs later — it certainly costs our system a significant amount to have people self-representing, so it’s too simplistic to look at this as expecting the government to pay now, because we all pay in some way,” she said. “In the context of criminal law we know the government has a constitutional obligation to provide legal aid, and what we want to do is get an understanding if there is a similar constitutional obligation when we are talking about family violence.”

Ryan Panton, public affairs officer with the B.C. Ministry of the Attorney General, said the Ministry was unable to comment on the case because it was before the courts.