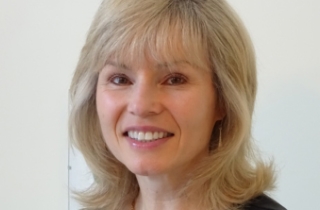 Self-represented litigants in Nova Scotia’s small claims court are getting a big boost. The Legal Information Society of Nova Scotia (LISNS), in partnership with the court, has launched a navigator program to help individuals wend their way through the system and have support throughout the judicial process.

The new program, now up and running, goes beyond providing booklets and online material. It works more like a buddy system. “Resources are helpful, but it is also helpful to have someone to talk to and to go to court with you,” said LISNS legal intern Haley Brittain in Halifax.

Navigators, who are all volunteers, can attend court with self-represented litigants as a form of support. They can also assist with court preparation, gathering evidence, filing forms and accessing legal information. They do not, however, draft documents, provide legal advice, or speak on a litigant’s behalf in court. “The intent is to provide legal information,” said Brittain, a student at Dalhousie University’s Schulich School of Law.

Everybody benefits from the navigator program, noted Julien Matte, senior counsel with North End Law in Halifax. “It is a win-win-win situation, especially for the other side.” He pointed out that the better prepared and more comfortable self-represented litigants are in court, the better it is for both parties involved and the judicial system itself.

Two training sessions were held earlier this year with staff and volunteers from community organizations serving the province’s South Shore and that work with families involved with family law issues. Navigators are not lawyers and do not need to have a legal background, said Brittain. “It is clear from the beginning they are not lawyers. They do not provide legal advice. They help to build confidence. Court can be intimidating.”

A guide prepared by Matte is used as the basis of the training for Nova Scotia’s navigator program, which is based on an initiative up and running in the New York City Housing Court. The 10-page guide covers such topics as quick judgments, preparing for a hearing and how to personally serve a defendant.

LISNS has also developed a small claims court app to assist people with their cases. It contains information on determining if small claims court is the best option for someone, how to start a claim, how to defend a claim, and presenting a case in court.

There are also 19 videos that guide self-represented litigants through the small claims court process — everything from “The Theory of the Case” to Pleadings and Adjudication” to “The Room and Witnesses.”

“The Department of Justice will be incorporating the self-advocacy video series into its updated online small claims court forms,” noted Matte. “This will give litigants immediate access to this resource and hopefully prompt them to access other resources on the LISNS website.”

Next up are plans to develop a senior navigator network working in partnership with the Retired Teachers Organization of Nova Scotia Teachers Union, said LISNS executive director Heather de Berdt Romilly in Halifax. “This will support the launch of the society’s revamped wills app and new power of attorney app.”

An online platform is also being developed, she noted, to help people looking for a public navigator be matched with a trained volunteer according to geographic location and connection by phone, Skype or in-person meeting.

The usefulness of the current system extends beyond Nova Scotia, noted Brittain. “Our hope is that the model will be adopted elsewhere. What we are doing is novel.”