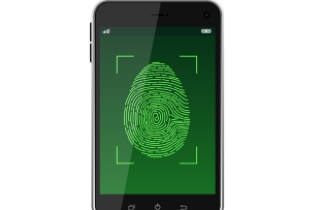 Recently, the Ontario government announced that it would permit drivers to carry digital proof of registration for their vehicles. This would mean that any time a police officer stopped a vehicle and asked for proof of a licence, insurance and registration, the driver could simply hand over their phone to the officer to satisfy the registration requirement.

And while this may seem like a great step into the digital age for law enforcement and those subject to traffic stops alike, drivers who are asked to produce this information should be wary of doing so in a digital format.

As much as we like to think the police are infallible, there are bad apples among the bunch who will use their power to request this information as a ruse to get access to a person’s cellphone. And once a person’s phone is in possession of a police officer there is little stopping them from looking further into its contents.

The Supreme Court of Canada (SCC) has ruled all the way back in 1990 in R. v. Ladouceur [1990] 1 S.C.R. 1257 that police have the authority to conduct random traffic stops for the purpose of checking licensing, sobriety, insurance and fitness to drive. Since that decision, the power to stop and demand licence and proof of insurance and registration has been written into every motor vehicle statute in the country. The framework is there, and police are already using it.

The moment a driver relinquishes control of their phone to a police officer to provide proof of insurance, they lose all control of the phone. But that’s not all. As a practical reality, police will often not have the ability to verify the data on the phone in front of the driver, at the window of their vehicle. This means the officer will take the phone back to the police car, out of sight and out of scrutiny.

So is it likely that data obtained from these broader cellphone searches will be admissible? That question will have to be decided by the courts. But the answer is probably already found in existing case law.

Under the current framework involving compelled participation in motor vehicle traffic stops, information that drivers provide in the course of that compelled participation is not admissible as proof of a fact at trial (R. v. Visser [2013] B.C.J. No. 1980). This is known as the doctrine of limited use immunity. If you are forced to give information, it is not compellable absent the right to counsel.

The problem with the limited use immunity doctrine is that it is just that: limited. There is not total use immunity. Most importantly, courts have repeatedly ruled that information obtained by way of compelled participation is admissible as the basis for grounds for later searches. Take the case of Orbanski and Elias from the SCC (R. v. Orbanski; R. v. Elias [2005] 2 S.C.R. 3). There, after being made to participate in roadside sobriety tests, the accuseds argued the tests violated the right to counsel and were inadmissible.

The SCC agreed — to an extent. The results of the tests were admissible to give the officers grounds to demand further breath samples, but not admissible as proof of impairment at trial. Courts in Canada have also found that searches conducted in this manner validly form part of judicial authorizations.

So an officer could take a driver’s phone back to the police vehicle, out of sight, to verify the insurance information. A text message or phone call could come in during that time that leads to the discovery of incriminating information. It is entirely reasonable that the phone would be programmed such that when unlocked the text displays on the screen for the officer to see, with no improper purpose in mind. Then that information could form the basis for a vehicle search, a warrant to search a home or an arrest for possession of a weapon or any number of things.

And while the text message or phone call itself would not be proof of a fact at trial, the evidence discovered as a result of the officer learning this information would.

There is only one way to protect oneself from the possibility of opening the door to police searches — literally. And thankfully, it’s simple. Never give your phone to police, even if it’s just to prove your vehicle registration.