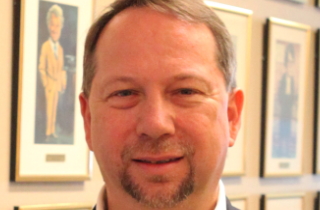 The new president of the Canadian Bar Association, B.C. Branch (CBABC) says there is a crisis in the provincial legal aid system that is seeing too many people miss out on the proper supports they need.

Ken Armstrong, who took office as CBABC president Sept. 1 after previously serving as vice-president and secretary-treasurer, said the CBABC “needs to continue to keep pressure on the government” on legal aid. He added there are three major challenges in the system, one of which is the lack of coverage for what he classifies as “core” family law services.

“If there is not a threat of domestic violence or if there is not a child being removed, then there is simply no coverage for a custody access file or child or spousal support. That is problem A,” he said. “Problem B is the income thresholds are very low, to the point where a single mother with two kids making $35,000 a year is not going to be considered eligible for legal aid. And I think most people would agree that that person is not well off, and would probably need some degree of assistance — these are the issues we are going to press the government on.”

The third issue is the tariff rates for legal aid lawyers, said Armstrong.

“That is a very hot issue in B.C. right now and I know there was some funding given by the government for a stopgap to continue negotiations with the Association of Legal Aid Lawyers,” he said. “I know those negotiations continue on, and we support our colleagues in their negotiations and hope they will be able to come to something that is satisfactory to everyone in time.”

And Armstrong said the CBABC continues to call on the government to scrap the provincial sales tax on legal services or divert the funds to legal aid, “which is the purpose to which [the tax] was intended.”

“This is about people ensuring they get actual access to justice. I think as lawyers we toss the concept of ‘rule of law’ around a lot without reflecting on what it actually is,” he said. “The rule of law means that every Canadian has equal access to the courts, and quite frankly the system is failing in that regard.”

The automobile insurance file is something CBABC continues to monitor, said Armstrong. The provincial government has made a number of significant changes to the system and the government-owned Insurance Corporation of B.C. (ICBC), some which have found their way to court.

“Hopefully there will be no other product changes, but we will continue to advocate for continued access to the courts,” he said. “There are a number of different ways we can get better solutions to moderating the rising costs of motor vehicle accident litigation. We still think there are opportunities for better road safety initiatives, including stricter enforcement of traffic safety violations, photo radar and in particular red light cameras.”

Indigenous issues are an area that the CBABC is continuing to put focus on. Armstrong said there are a number of “exciting” initiatives looking at the issue of truth and reconciliation with Indigenous peoples in British Columbia, including the creation of a truth and reconciliation committee which will look at developing programs and resources for law firms and lawyers to develop cultural competency, and an Indigenous justice advocacy committee to develop recommendations on such things as restorative justice initiatives and Indigenous courts.

But Armstrong added one issue the CBABC does not have a specific position on are proposals to allow alternative service providers such as paralegals to take on some family law cases.

“We have different parts of our composite communities that have differing positions on that,” he said.

Armstrong has practised motor vehicle accident litigation since 1997, with a focus on defending insurance claims. He joined Armstrong Naish Trial Lawyers (formerly Stewart & Company) in 2008, became a partner in 2014 and has been managing partner since 2016.