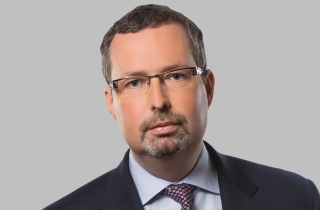 Contrary to Justice Canada, a voice for criminal defence lawyers says the impending elimination of “triers” to weed out biased jurors and the handing over of that job to judges will further bog down the courts.

Starting Sept. 19, the use of peer-based rotating and static triers in jury selections will end and the responsibility of determining the impartiality of prospective jurors will fall to individual judges, a justice official confirmed to The Lawyer’s Daily.

Thus will end the practice of using everyday citizens to determine impartiality in lawyers’ challenges for cause.

The change is part of federal government amendments to the Criminal Code via Bill C-75.

“The intent of the change is to ensure efficiency and effectiveness in the jury selection process, which aims to ensure that only eligible and impartial jurors are selected to try a case,” said Justice Canada spokesperson Kelly Crowe. “[The current] process has led to confusion and delays in jury trials across Canada. The amendments shift this responsibility to judges — who are trained and impartial adjudicators — to oversee the challenge-for-cause process, in order to improve its efficiency and effectiveness.”

Crowe noted the Steering Committee on Justice Efficiencies and Access to the Justice System had recommended the change, going on to say the amendment will bring Canada in line with other common law countries, such as England, New Zealand and Australia.

A challenge for cause can be made by lawyers for several reasons, including if a potential juror is seen to be biased.

Under the current trier system, which was enacted in 2008 with the goal of creating unbiased juries, at least two sworn jurors are given the job of determining if a challenge is true.

There are two ways in which it can be done. One involves rotating triers, both of whom are replaced as each new juror is sworn in. The other involves static triers, where the same two people are used for the entire selection process.

A recent issue with the trier process led to Ontario’s Appeal Court granting a new trial to Raed Jaser and Chiheb Esseghaier, who were convicted in 2015 of allegedly plotting to kill passengers on a VIA Rail train travelling between New York and Toronto by blowing up a Southern Ontario bridge.

In the Aug. 27 Court of Appeal for Ontario decision in R. v. Esseghaier 2019 ONCA 672, it was found a trial judge was wrong to conclude he could not bar unsworn jurors from the courtroom in a challenge for cause using rotating triers.

The Appeal Court found the trial judge “deprived Jaser of the option which he had properly sought to invoke” — that being “rotating triers with unsworn jurors excluded from the courtroom.”

This was reportedly the third time since 2015 a murder or terrorism conviction has been overturned by Ontario’s Appeal Court due to the botched application of rules used to excuse biased jurors.

But Criminal Lawyers’ Association president Michael Lacy says this notwithstanding, the trier system has “worked well.”

“At the end of the day, there were some cases where judges had not followed the mandatory provisions of the Criminal Code, and the courts of appeal found that led to jurisdictional problems in terms of the makeup of the juries,” said Lacy, a partner with Toronto’s Brauti Thorning LLP. “But we had a system in place that, from our perspective, worked well. It allowed other members of the community to look at the question of bias and it allowed the accused to have some say in the way in which the process unfolded.

“I think the risk with the new legislation is now that judges are deciding the question, there is a risk it’s going to take longer than before,” Lacy said. “For example, are they required to give reasons … as to why they’ve excused a juror? Do they have to hear submissions from the parties on each challenge of a perspective juror, whereas in the past people from the jury pool would decide the challenge?”

Lacy said the parameters of this “expanded power” has not been detailed enough in the new legislation.

“There is … an expanded power now where judges are supposed to try to ensure that the makeup of the jury maintains confidence in the administration of justice, but no one, practically speaking, knows what that means. It’s a change in the legislation … but no guidance was given … as to how that should play out. So, one of the things we’ve alerted our membership [about] is judges are going to be looking for submissions and guidance and input on how they are supposed to be going about the jury selection process. … I think the risk is it is going to cause more delay [and] cause less confidence in the appearance of fairness, as well.”

Lacy was one of the defence counsel in the recent New Brunswick retrial of Dennis Oland, who on July 19 was found not guilty in the 2011 killing of his millionaire father, Richard Oland, whose family owned Moosehead Breweries.

Oland’s judge-alone retrial was initially to be one of judge and jury. Lacy said the trier process in the challenge for cause in that case was a “model of efficiency.”

“We went through a challenging challenge for cause process because there was significant publicity. In the end, it ended up being a judge alone case, but everyone anticipated it was going to take weeks or more to select a jury. We ended up using rotating triers of fact to deal with the challenge for cause questions and I think we had a jury in less than two and a half days. … The question that was being asked was whether or not the potential juror could put aside any bias and decide the case fairly on the evidence, and members of the community are perfectly able to address that kind of question. … I don’t see how it would have taken any less time if it had been judge alone.”