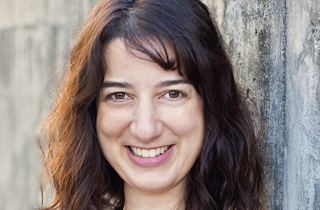 British Columbia’s newly minted human rights commissioner says she hopes to change people’s “hearts and minds” as she hits the ground running as the first person to take the office in 17 years.

Kasari Govender was sworn in on Sept. 3 after being named to the position at the end of May. The province’s previous commission was eliminated in 2002, but was revived by the current NDP government in November 2018. The commission has the key functions of educating people on human rights, as well as examining and addressing issues of discrimination. It will also be mandated to develop educational tools, policies and guidelines to promote human rights. The B.C. Human Rights Tribunal will continue to adjudicate individual complaints.

“I’ve spent my whole career working on human rights issues, primarily in the context of law and gender, but I have worked on human rights from a number of angles,” she said. “And it was really an incredible opportunity for me to have a larger platform and make a difference.”

Govender said she thinks of her work as splitting into two segments, one of which is dealing with the everyday legal problems that people face and trying to shift the culture of human rights in the province to better address those problems.

“And the other big part of the work will be addressing some of the larger themes and pressures facing us today,” she said. “So, the kinds of issues I’m thinking about are colonialism and its impact on Indigenous people, the impact of white supremacy and the growth of hate in Canada and British Columbia — everything from hate speech to the way that kind of speech manifests in real-world violence.”

There is a long list of tools that are available to her, said Govender.

“The big focus is on education and changing hearts and minds, but there are some more concrete legal tools that I can use to make change, some of which haven’t come into effect yet, but I hope will soon,” she said. “These are the functions around conducting inquiries, intervening in cases or taking cases forward to the tribunal.”

Govender said she wanted to emphasize that her work as commissioner needs to be deeply rooted in what is happening in people’s everyday lives in the province.

“And it also needs to come from all different perspectives and communities — faith-based communities, Indigenous communities, rural and urban,” she said. “So what I really want to be doing is travelling, talking, learning and really listening to what people’s experiences are building people’s priorities on that basis.”

And Govender said she is aware of the critiques that have been levelled against human rights commissions and tribunals in other provinces, such as concerns about accountability and the decisions they make being “out of the mainstream.”

“Human rights always raise strong feelings across the spectrum, but there is no question to me that strong human rights institutions like tribunals and commissions are absolutely essential to the healthy functioning of a democracy,” she said. “We need to have a strong judicial system and a strong press, but we also need to have strong human rights supports, and that is recognized in international law. I think it’s essential that we have people in roles like this to be watchdogs for government and for those who have more power in our society about how we treat those who don’t have much power.”