Quebec’s 157 federally appointed Superior Court judges could find themselves with more cases on their rolls following a recent ruling by the province’s Court of Appeal.

“Article 35 C.C.P. violates section 96 of the Constitution Act, 1867 because it infringes on the core jurisdiction of the Quebec Superior Court to adjudicate certain substantial civil disputes,” the seven-member panel of the court, which included freshly minted Supreme Court of Canada Justice Nicholas Kasirer, unanimously held.

“In order to respect section 96 of the Constitution Act, 1867, the maximum limit for the civil jurisdiction of the Court of Québec must fall between $55,000 and $70,000, but must not exceed the latter amount, subject, of course, to future updates,” said the 141-page ruling, which gave the National Assembly one year to amend the Code of Civil Procedure and set the monetary limit.

Quebec administrative lawyer Madeleine Lemieux, a partner with Paradis Lemieux Francis in Bedford, Que., who was asked by the Appeal Court to serve as its spokesperson, explained that Quebec’s attorney general presented the province’s high court with the reference two years ago after Superior Court judges sought clarity on their jurisdiction guaranteed by the Constitution.

The government asked the appellate court whether article 35 of Quebec’s Code of Civil Procedure giving the provincial Court of Québec “exclusive jurisdiction to hear and determine applications in which the value of the subject matter of the dispute or the amount claimed,” is less than $85,000, is “valid with regard to section 96 of the Constitution Act, 1867, given the jurisdiction of Quebec over the administration of justice under paragraph 14 of section 92 of the Constitution Act, 1867.”

To determine an appropriate threshold, the court relied on experts to calculate, in 2017 dollars, what the civil jurisdiction limit would be based on the $100 cap on civil cases Quebec’s provincial court would have heard in 1867. The updated amount was determined to be less than $85,000, and no higher than $70,000 and no lower than $55,000.

Lemieux, former bâtonnier of the Barreau du Québec, said the civil jurisdiction issue entered the courts in the mid-1960s, when Quebec’s National Assembly passed a statute that increased the limit for the provincial court from $200 to $500.

To ensure the hike was constitutional, Quebec presented a reference to the Appeal Court, which unanimously found the limit increase to be unconstitutional (Renvoi concernant la constitutionnalité de la Cour de magistrat, [1965] B.R. 1).

However, the matter ended up that year in the Supreme Court of Canada, which held that “the broadening of the jurisdiction” of what was then called the Magistrate’s Court, “by increasing the numbers of dollars, viewed in light of the current value of the dollar, does not, in and of itself, have the effect, when added to the jurisdiction that is peculiar to it as an inferior court not contemplated in s. 96, of making if a s. 96 court,” wrote then-Justice Gérald Fauteux in Renvoi re: Juridiction de la Cour de Magistrat (Loi Concernant) de Québec [1965] S.C.R. 772. “It follows that the statute under consideration is not unconstitutional.”

The provincial court’s civil jurisdiction was increased incrementally over time, and Superior Court judges were concerned that their court was “being eroded or diminished by removing cases that should be decided by them,” said Lemieux.

In the recent reference, Quebec’s Appeal Court rejected the provincial government’s position that the $85,000 ceiling for the Court of Québec would have a minimal impact on the Superior Court’s jurisdiction since few civil cases hit that monetary mark.

“Such logic will inevitably lead to the Superior Court gradually being stripped of a significant component of its mission in civil matters. With the number of cases decreasing as the monetary ceiling increases, the core jurisdiction of this section 96 court would be eroded,” the Quebec Court of Appeal said.

The court added: “Access to justice is still one of the major challenges the Canadian judicial system faces. However, the pursuit of such an objective, as fundamental and significant as it may be — and that it certainly is — cannot serve to prevent the Quebec Superior Court from exercising the core jurisdiction conferred on it by the Canadian Constitution or justify the disregard of s. 96 of the Constitution Act, 1867.” 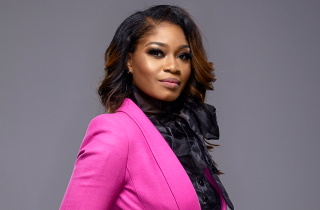 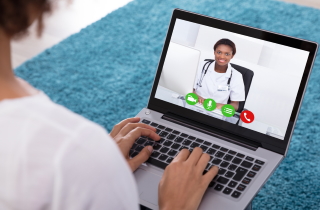