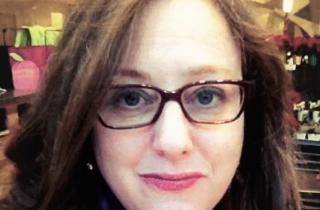 The B.C. Court of Appeal has ruled a woman pursuing a disability insurance claim is entitled to special legal costs even though there was no improper conduct from the insurance company, a decision being called significant because it would allow trial courts to consider a litigant’s personal and financial circumstances when determining costs.

The case in Tanious v. Empire Life Insurance Co. 2019 BCCA 329 involves a claim by Noha Tanious for disability insurance after she was diagnosed with multiple sclerosis. She then subsequently began to use crystal methamphetamine for the pain and eventually lost her job. The long-term disability benefits from her work’s group policy were later denied by Empire Life, but at trial Justice Neill Brown allowed her claim for past and future long-term disability benefits and awarded her $66,000 in damages for past benefits and $15,000 in aggravated damages for mental distress. He also awarded Tanious special costs, ruling the interests of justice required full, rather than partial, indemnification of her legal costs (Tanious v. Empire Life Insurance Co. 2016 BCSC 110).

“[Tanious] was required to commence litigation against the defendant or else forfeit the benefits to which she was entitled under the contract. The significant challenges caused by the plaintiff’s disability also necessitated (and complicated) the assistance of counsel for virtually every aspect of that litigation,” he wrote. “[The legal costs] substantially deprived her of the full benefit of the contract, leaving her with less than the necessary amount of income on which to obtain the basic necessities of food, clothing, and shelter.”

But Empire Life appealed, saying the award departed from the principles which govern cost awards in B.C. and would have a chilling effect on insurers, who may be discouraged from advancing cases due to the possibility of special costs awards. The company also said Justice Brown erred in finding a disability insurance policy confers a contractual right to full indemnity costs.

Justice Gail Dickson, on behalf of a unanimous Court of Appeal, wrote she was not persuaded that Justice Brown erred in exercising his discretion to award special costs in the case. She held special costs may be awarded for non-punitive purposes in the interests of justice to provide a higher degree of indemnification to the successful party.

“When deciding whether to award special costs, a judge should exercise his or her discretion based on established principles and consider the nature and conduct of the litigation, bearing in mind the purposes and objectives of the costs regime, any salient policy considerations and the relevant facts as established by the evidence,” she wrote.

But Justice Dickson added she did not agree that special costs are warranted in all successful disability insurance claims, given their unique characteristics.

“Decisions on whether to award costs and, if so, how to calculate them are governed by a wide measure of discretion which must be exercised judicially and in accordance with established principle,” she wrote. “As the judge recognized, not all disability insurance claims necessarily share all the unique characteristics and litigation challenges, complexities and costs that he identified in equal measure. Nor do all insured claimants necessarily experience those unique exigencies inherent in the litigation.”

The policy objectives of predictability and consistency are not significantly compromised by this incremental development in the law of costs, Justice Dickson wrote.

“The prospect of facing a special costs award if a denial of benefits turns out to be unjustified may well encourage disability insurers to scrutinize claims extremely carefully at every stage of litigation, which, in turn, may encourage settlement and avoid the sort of cursory response seen here that falls short of bad faith but negatively impacts access to justice for a disadvantaged litigant,” she wrote. “On the other hand, if, on close and continuous examination, a defence appears strong and meritorious, the possible price of losing seems unlikely to keep a well-resourced disability insurer from the courtroom door.”

Justice Dickson was joined by Chief Justice Robert Bauman and Justice John Hunter in her decision, which was released Sept. 20.

Joseph Arvay of Arvay Finlay LLP, who represented Tanious on appeal, said the decision somewhat turned on the facts “but is nonetheless an important extension of the law of special costs in private law litigation, even though there was no reprehensible conduct alleged or found.”

“The decision recognized the importance of access to justice by encouraging more lawyers to act on deserving but otherwise unremunerative disability insurance claims,” he said. “The decision is also significant in that it allows a trial court to consider a litigant’s challenging personal and financial circumstances which the court recognized was an evolution of the law of costs.”

Faith Hayman, who represented Tanious before the B.C. Supreme Court, said she was “very, very pleased” at the court’s decision.

“I have been working in disability insurance law for 25 years now, and it was apparent to me that an awful lot of cases were being settled because that was the only way to pay counsel, and it was really bothering me that people couldn’t get the benefit of their contract,” she said. “I’m grateful to the court for seeing that need and recognizing it.”

Hayman said she hopes the case will provide a measure of access for lower-income people who are not able to get the benefits of their insurance contracts without retaining counsel.

“The cases that cause me to cringe are those where you have got a single mom, and she has little or no income. She’s sick; she’s got to support her kids, and she can’t afford a lawyer. They are just heart-rending,” she said. “And it is in those circumstances if they don’t have counsel, they are stuck.”

Toby Goldbach of the University of British Columbia School of Law said the case is a comment on access to justice and “the issues that the courts are facing now in terms of people having the right to take matters to trial, and all of the various different ways the courts in B.C. are trying to address that.”

“In the case of civil litigation legal aid is not seen as being as required — a person has to have a lawyer in criminal court, but this plaintiff here didn’t have the right to have a lawyer and bring a case to court,” she said. “On the other hand, she was living below the poverty line and if she had some other kind of disability where her communication skills were not affected, you might have seen this case as one that was going forward with a self-represented litigant. But she couldn’t in this case.”

Goldbach said she did not know whether Empire Life’s argument of a chilling effect would bear fruit.

“Whether or not insurance companies are going to decide to defend claims in the future, I don’t know,” she said. “This decision has precedential value because it is a B.C. Court of Appeal case, but on the other hand it is very much tied to the particular circumstances of the case and the trial judge’s discretion. So, I don’t think it is necessarily making a statement about the law of costs, because you are talking about specific rules in the B.C. Supreme Court and the specific facts of the case, and then you are talking about the trial judge’s discretion — all of those limit the precedential value.”

Counsel for Empire Life declined to comment on the case.