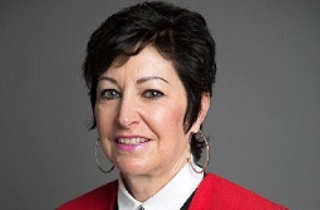 Nova Scotia’s first Wellness Court is now a decade old, and a judge sitting behind its bench sees its success as helping pave the way for an increase in co-operative justice as an alternative to traditional forms of punishment.

The Dartmouth Wellness Court has come a long way since opening its doors in 2009 as the Nova Scotia Mental Health Court, inspiring similar programs across the province and adding, in addition to its mental health program, an opioid addiction program, a judicial monitoring program and an alcohol addiction pilot project.

Unlike a trial court, most who enter the Wellness Court admit responsibility for the offence rather than enter a guilty plea. A key requirement is that the offender’s condition be linked to the crime that was committed.

Offenders first appear in the province’s provincial court and have their matter referred to the Wellness Court. They then work with defence counsel and a Crown and, if admitted, are placed under a support team in attempts to address their condition.

If an offender decides to quit the program, their case will be sent back to provincial court. 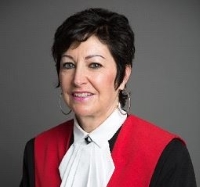 If the offender successfully completes the program, they could walk away without a criminal conviction, said Chief Judge Pamela Williams, who has been involved with the Dartmouth Wellness Court since its inception.

The Wellness Court, she said, is indicative of a trend towards forms of alternative justice.

“One size does not fit all. The adversarial criminal justice system that we have is good when guilt or innocence is at stake and there are questions of fact and questions of law to be determined, but the vast majority of cases do not go to trial, and the punitive responses [by] the criminal justice system don’t have the desired effect of changing behaviour. If you punish somebody with a drug addiction by putting then in jail, is that going to address the drug addiction? No. In some cases, it makes it worse. Somebody who has a mental illness, punishing them by putting them in jail often exacerbates the illness. The idea here is to hold people accountable, try to repair harms that they’ve caused and, where appropriate, try and restore relationships.”

Back when the court dealt strictly with mental health, officials began noticing the all-too-common crossover between mental illness and substance abuse.

“We realized that [offenders] with mental health issues also had addiction issues, so we reached out to the Nova Scotia Health Authority and formed a partnership with them so that they were able to provide us with expertise in the area of addictions to assist us. As we grew to have a better understanding of the connection between the two, we then developed … the opioid drug treatment program.”

The alcohol addiction program, she said, is a pilot project and set up for a very limited number of offenders who will be “intensely monitored and supervised.”

There are now various Wellness Court programs in Halifax, Sydney, Amherst, Kentville, Port Hawkesbury, Bridgewater and Wagmatcook First Nations. Each program is designed to address the needs of its community — mental illness substance abuse, gambling or domestic violence, for example.

(It does not handle cases where a mentally ill offender is deemed to be not criminally responsible.)

“After the 1960s, when … people with mental illness were being deinstitutionalized, but weren’t being property supported in the community, that’s when we started to see a huge increase in the number of folks with mental illness before the criminal justice system,” said Judge Williams. “That is not unique to Nova Scotia, but we saw the need here to develop a program that was more restorative in nature than punitive.”

In 2007, a spotlight was placed on mental illness following the 2007 death of Dartmouth’s Howard Hyde, a 45-year-old paranoid schizophrenic who died following a scuffle with police while in custody.

Hyde’s death led to an inquiry in 2010, out of which came Building Bridges, a provincial plan detailing various actions when it comes to the mentally ill coming in contact with law enforcement and the justice system. One was Dartmouth’s Mental Health Court ensuring offenders before it get the support they need.

According to numbers provided by a spokesperson, the Wellness Court’s mental health and court-monitored drug treatment programs saw a combined 601 referrals between Jan. 1, 2016, and July 5, 2018. Of those, 208 were deemed eligible.

Around half successfully completed the program.

“We deal with the whole range of offences that can be dealt with in provincial court,” said Judge Williams. “To give you an example, over the course of our 10 years, we’ve had three people charged with attempted murder. We do … robberies, break and enters, assaults, serious assaults. So, it depends on the person. If [they have] a lengthy criminal record, their risk is deemed to be high and their motivation is questionable, we may require a guilty plea up front with the idea that if they successfully complete, then the guilty plea is withdrawn, and the charge is withdrawn. For some exceptional cases, we’ll require that they plead guilty upfront, be sentenced upfront, and then we’ll follow them while they are serving their sentence. It very much depends on the circumstances and the offence.”

The court has a dedicated defence lawyer and Crown, she said.

“The role of the defence lawyer is to advocate on behalf of the applicant for admission into the program. One of the benefits of that is often we don’t expect a guilty plea. So, often, someone will come into our program without ever having entered a guilty plea, they successfully complete the program and then the charge is withdrawn against them. So, in addition to being connected to supports and being monitored and being assisted with their recovery, at the end of the day, they are not stigmatized by the criminal justice system with a conviction. That’s a huge piece of it.”

She went on to talk of how the lawyers involved collaborate towards establishing a connection between the offender’s condition and the offence.

“They work very closely together to try and move these cases through the system. For example, many of our discussions are on whether there’s a connection between the mental illness and the offence, because their mental illness must have been a contributing factor to the offence that was committed. So, that’s where that defence lawyer often comes in, to try and convince the team that there is that connection for admission.”