An Ontario judge committed a miscarriage of justice in 2012 when she deemed that a woman with mental, behavioural and cognitive challenges was a dangerous offender and should be imprisoned indefinitely, according to a recent Ontario Court of Appeal ruling.

“The fairness of our justice system is most on display when the vulnerable are caught in its grip,” wrote Appeal Court Justice J. Michal Fairburn in the Sept. 30 judgment in R. v. Walker 2019 ONCA 765.

“I conclude that there were several actions and inactions that resulted in both the appearance of unfairness and actual unfairness giving rise to a miscarriage of justice.”

The decision to overturn the dangerous offender finding and sentence imposed in March 2012 by Justice Rebecca Rutherford of the Ontario Court of Justice was unanimously endorsed by Appeal Court Justices Kathryn N. Feldman and Ian Nordheimer. The Appeal Court also ordered a new hearing.

While conceding that the case was “intensely difficult,” the Appeal Court found that the hearing judge failed to “put into place sufficient procedural safeguards to ensure a fair proceeding for a self-represented accused with mental, behavioural, and cognitive challenges, who was entirely incapable of representing herself, and who faced an application that could deprive her of her liberty for the rest of her life.”

Among other issues, the decision shines a spotlight on the often challenging role of amicus curiae (friend of the court) in complex criminal proceedings — a situation that is becoming more common with the increasing incidence of self-represented litigants.

The Court of Appeal concluded that the judge during the dangerous offender hearing, “needed help in safeguarding the fairness of a highly complex proceeding where an accused with mental, behavioural and cognitive challenges was without an advocate in the courtroom,” wrote Justice Nordheimer.

“Amicus was handed and accepted that task," he added. “The proper execution of her role was fundamental to the fairness of the proceedings. Unfortunately, that did not happen.”

“That’s an amicus’s  job,” he added. “The amicus in this case did not understand her role. She did not execute her job as amicus.”

Toronto lawyer Lois Pineau, who acted as amicus in the original hearing, defended her handling of the case in an e-mail exchange with The Lawyer’s Daily. Ultimately, she said, the Crown had an “overwhelming case” for designating the appellant, Krista Walker, a dangerous offender, and it would have been dishonest not to concede that point.

“The Court of Appeal seems to have conflated conceding the Crown’s case with acting as a Crown,” she wrote. “That is a mistake on two grounds: Firstly, in the conflation and, secondly, in failing to see that the court does not have to go along with the concession.”

In addition, Pineau said she had no grounds to object to the introduction of Walker’s hospital records and that she had no reason to question her fitness for the hearing. “She was actually very astute at following the proceedings and neither myself, nor the four forensic psychiatrists who examined her, had any concerns on that ground,” she wrote. “The court, clearly, did not have concerns either. It could have ordered a fitness hearing of its own motion.”

The facts detailed in the Appeal Court decision noted that Walker, now 44, suffered a severe bout of meningitis when she was only 5 months old, which resulted in brain injury. Most of her young childhood was spent moving among family homes, where she was sometimes abused. She was eventually placed in foster care.

At the age of 10, she started experiencing seizures, and began self-harming at 14. In later years, a number of suicide attempts “led to a steady and relentless cycle of involuntary admissions to psychiatric facilities,” the decision noted.

At the age of 30, she began accumulating a few criminal convictions, but none serious enough for jail. Then, in March 2009, she stabbed a woman in the heart during a dispute at a drop-in centre. Thanks to quick action by first-responders, the victim survived, but Walker faced a hearing as a dangerous offender.

During the hearing, the Crown set out to prove more than 40 “prior acts of violence and threats of violence” that had never resulted in criminal charges or convictions of any kind. In some cases, the experienced trial Crown resorted to using hospital records to argue Walker’s violent history.

From the time of her 2009 arrest to the October 2011 dangerous offender hearing, Walker was detained for 675 days on 23-hour lockup in the segregation unit of the Vanier Correctional Centre for Women. Her mental condition deteriorated as the hearing progressed.

At the appeal, she argued that the hearing was unfair in a number of ways, beginning with the court’s failure to help her make an informed choice about whether to proceed with counsel. The court also neglected to inquire into her fitness when, as the decision noted, “the circumstances cried out for such an inquiry.”

Walker also contended that the amicus curiae failed to resist the admission of institutional records and did not explore adequate substitutes for Walker’s presence in court when she was no longer able to “psychologically … handle” the proceedings. Finally, at the end of the hearing and in Walker’s absence, the amicus argued in favour of finding her a dangerous offender and imposing an indeterminate sentence.

In Ontario v. Criminal Lawyers’ Association 2013 SCC 43, said Addario, the Supreme Court of Canada warned against amici curiae taking on the role of defence counsel for self-represented litigants. However, he added, it’s only common sense that it is preferable to do a case once, with a skilled advocate pointing out potential defences and other issues favourable to the defendant. That did not happen at this hearing.” 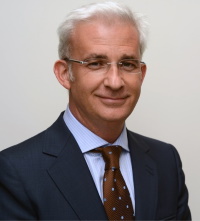 “One has to be very careful with a dangerous offender application, particularly with someone with Ms. Walker’s history,” he said. “Nobody here paid any real attention to her fitness during the proceedings.”

The critical issue in a dangerous offender hearing is whether or not the pattern of serious violence is intractable,” said Neuberger. “There’s a difference between someone who is just a bad human being who makes bad choices,” he noted, “and someone who suffers from a brain disorder caused by an illness and loss of impulse control.”

Using institutional records to try to prove a persistently violent history is also deeply flawed, but not uncommon in cases involving women, said Savannah Gentile, director of advocacy and legal Issues for the Ottawa-based Canadian Association of Elizabeth Fry Societies.

Patients in psychiatric hospitals are sometimes physically or chemically restrained, which can further aggravate violent threats or behaviour, she explained. “To suggest her behaviour in a psychiatric facility reflected on her possible behaviour in public is not legitimate,” she added. “The legislation is designed to apply to dangerous offenders, not dangerous thinkers.”

Although the Court of Appeal averted injustice in R. v. Walker, past injustices involving defendants with mental health issues may have gone unnoticed, said Gentile.

Addario echoed that concern. “There are far too many people with untreated or undertreated mental health issues in Canadian jails and penitentiaries,” he said. “It’s not good for the guards, the community or the prisoners. It’s short-sighted and it’s cruel.”