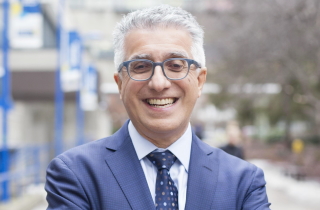 Ryerson University’s new Faculty of Law has secured Ontario Student Assistance Program (OSAP) funding and is “absolutely on track” to open its doors in September 2020. According to Ryerson’s provost, Michael Benarroch, the school is still searching for a dean and is in the process of hiring practitioners to teach alongside faculty.

Benarroch told The Lawyer’s Daily that the law school is on schedule and “there is nothing that’s going to stop” it from opening.

“We’re well down the road. We’re getting the architectural drawings for the renovation of the space; we’re hiring the faculty; we’re hiring the dean,” he said, stressing that the school will be “full up and going in September.” 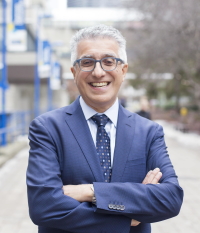 As of June, the school was still negotiating with the provincial government for OSAP eligibility, which kept it from releasing the cost of tuition. The Lawyer’s Daily reached out to to the Office of the Minister of Training, Colleges and Universities for comment regarding its decision to allow OSAP, but did not receive comment before press time.

“It’s the lowest [price] of the law schools in Toronto,” he explained, noting that interest in the application process has been “significant.”

Applications to attend the law school opened in August with a deadline to submit set for Nov. 1. Although Benarroch couldn’t confirm how many applications have been received, an open house about the program held in early October attracted 350 people and the school has received many calls regarding the application process.

“We had originally set it for 250 or 225 and a lot more people came out,” he said about the open house. “I think it’s an indication of the interest in the work that we’re doing here at Ryerson.”

Although the school is set to open in a little less than a year, a permanent dean has yet to be named. Benarroch said the “process is ongoing” and he hopes, “within the next two weeks to a month,” an announcement will be made about the dean.

“In terms of faculty,” the provost explained about hiring professors, “one of the things about Ryerson that I don’t think a lot of people understand is that we have a significant number of faculty here already with PhDs in law doing law research, many of them in our business law program in the business school and also in criminology. The first thing we did was to cross-appoint faculty and we’ve cross-appointed six faculty members immediately, with another three to be cross-appointed in 2020 when the school launches.”

Benarroch noted that the cross-appointed professors are helping a lot to prepare for the launch of the school.

“We also have two professors who want to be appointed full time to the law school who are from Ryerson, so their applications are being reviewed as we speak by the law hiring committee. If those members are appointed internally, we will put out applications for three additional faculty members this year to be hired into the law school,” he added.

“The other thing that people should understand is that the model we have is a faculty-practitioner based model, so we have also put together a group of people who are looking at the practitioners we’re going to hire to come in and co-teach,” he said, stressing that all of the courses in the first and second year will be co-taught by a practitioner and a faculty member.

“We received over 200 applications from practitioners who are interested in teaching in this law school. All of that work is really wrapping up right now and, as we speak, many people are going through those applications and doing this work,” he said, noting that in the first year 24 practitioners will be hired.

The provost noted that all of the hiring will be phased in over three years.

Benarroch acknowledged that the new law school has an edge in terms of reputation thanks to the Ryerson Legal Innovation Zone (LIZ), a well established legal-tech incubator. The provost said LIZ is “breaking down barriers” and creating “access to law.”

“If you look at the kinds of businesses that we’ve been incubating, many of them are trying to break down barriers for people who can’t afford law and others are trying to make technology accessible to the legal community to reduce some of the paperwork that’s involved. Many of these companies are being led by lawyers and the connections they have has certainly brought us quite a bit of attention, as has the legal practice program,” he explained.

Benarroch noted that all of Ryerson’s students are able to access any of the school’s “zones,” so law students will be able to do internships, volunteer, or work on projects through LIZ.

“We see a very close relationship evolving over time as our students and our faculty become more involved with the Legal Innovation Zone,” he added.

As the school moves toward welcoming its first law students, Benarroch said he’d like the legal community to “take notice” of what Ryerson is doing and “to come and inquire about it.”

“Learn more about the things we want to do as a law school,” he encouraged.

“I would invite them to give their opinions on it and have the legal community engaged in helping Ryerson become, really, a different kind of law school, one that complements the services and the training that’s being given by other law schools in Ontario. I would ask them to give our students an opportunity. Let our students in their doors and let the performance of our students be the judge of the quality of our law school,” he said.

“I think if the whole community works together than we can complement the needs of the legal community and also not replicate what other law schools are necessarily doing,” he added.