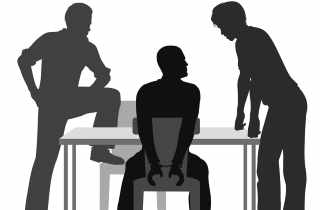 Recently, the Supreme Court of Canada (SCC) rendered reasons in the case of R. v. Poulin [2019] S.C.J. No. 47. This case dealt with the interpretation of s. 11(i) of the Charter, which provides that an accused person is entitled to seek the lowest punishment available, if the punishment for an offence changes between the time of the offence and the time of sentencing.

In Poulin’s case, the question arose as to what penalty he was entitled to. His offences were committed at a time when a certain punishment was available. That punishment changed between the time of commission of the offence and the time of sentencing and then changed again before he was sentenced. The lower courts interpreted s. 11(i) as granting him the right to seek the lowest punishment in the entire range of time.

And while this case is certainly a game-changer in its interpretation of s. 11(i) of the Charter, the implications for defence lawyers are huge.

Many defence lawyers represent clients not just at the time they are charged with an offence, but while they are under investigation for an offence. A lawyer may act for a client for years, knowing that there is a possibility that client may be charged with an offence for which there is no limitation period. Commonly, this occurs in cases of sexual assault or where someone has been killed, be it in a murder, manslaughter or a driving-related death.

Generally, the advice lawyers give to clients in those cases is little and infrequent. Typically, the client will periodically be contacted to let them know that no further information has come in on their case or to answer questions from the client related to unusual encounters that may be undercover officers, missed phone calls from blocked numbers and the like. Generally, for those cases a lot of the legal work is waiting for something to happen and being prepared to spring into action if it does.

This can be very beneficial to clients. If an arrest is made, having a lawyer already on retainer can speed up the process of bail, negotiations with Crown and the steps that have to be taken to move a case along.

But given the recent SCC decision, there are now greater ethical obligations on lawyers in these circumstances.

Lawyers are now required to stay up-to-date on impending changes to the law for their clients facing criminal investigations. It means that lawyers may have to face the difficult task of contacting a client and discussing the possibility that they turn themselves in for an offence.

Take Poulin’s case as an example. A conditional sentence was not available at the time he committed the offence. It was not available when he was ultimately charged and sentenced. But there was a brief period where it was available. With the benefit of the SCC’s judgment, defence counsel may have to make a tough call in relation to whether to suggest a client turn themselves in on an offence in order to take advantage of a better sentencing option.

This raises huge potential issues. Defence counsel often have little information about the strength of evidence in an investigation. By not being made aware of how the investigation is progressing, and by being unable to predict whether better evidence may become available, defence lawyers are often on the right course to act as a shield during an investigation.

But where the decision to do so may impact the client’s ability to seek a more favourable sentence, and knowing that turning oneself in for an offence is a mitigating factor on sentence, defence counsel now have an ethical obligation to advise the client of any impending change in available sentence for which they may wish to set the wheels in motion.

If a client can get a conditional sentence today, but one will not be available in three months, it may be in the client’s interests to turn them in and move through the process of court and charges so they can seek the lesser sentence.

At the very least, these options will have to be explained to the client.

This would also apply in cases where a penalty changes between the charges, the arrest and the trial.

This means that lawyers now must be aware of what legislation is before Parliament and provincial legislatures, whether it changes penalties and when it comes into force and effect after it is passed, in order to advise clients of potential changes to available sentences. It is no longer enough for lawyers to discharge their ethical obligations to stay current on the law to know the law once it comes into effect, but now to know what laws may come into effect and when.

Lawyers should take care now in any case where the penalty may change, and in particular in cases involving investigations where it may be in the client’s best interests to turn themselves in and start the sentencing process as soon as possible.