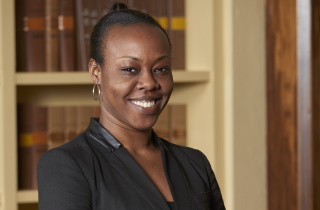 Investment in access to justice more than pays for itself, report finds

Every dollar governments spend on programs and services that improve access to justice generates financial benefits equivalent to between $9 and $16, according to a review of research conducted by the Toronto-based Canadian Forum on Civil Justice (CFCJ). 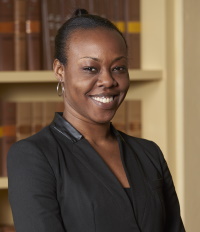 Moore and Farrow analyzed several research papers on justice spending from Canada, the United States, the United Kingdom, Australia, South Africa and Bangladesh. The report was commissioned by the Task Force on Justice, an international group based at New York University that is working to accelerate the achievement of the United Nations’ Sustainable Development Goals by 2030, including access to justice for all.

Farrow will discuss the report at a keynote presentation and reception on Monday, Oct. 28, marking Ontario's fourth annual Access to Justice Week. The event at the Law Society of Ontario is sponsored by The Action Group on Access to Justice, which was established by the law society in 2015.

Moore said the report strengthens the economic case for investing in access to justice programs. It also underlines how declining access to justice is a global issue, not only a Canadian one, she added. Last April, the Task Force on Justice presented a report in The Hague that concluded that 5.1 billion people worldwide lack adequate access to justice.

“It’s a crisis,” Moore told The Lawyers Daily. “So I think this report is really important in contributing to the business case for investing in justice.”

“The research looked at quantifiable factors, things you can measure and count,” said Moore. “But there are other factors that are harder to quantify.” 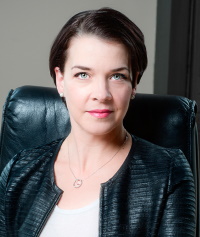 In a report released last year, the CFCJ’s own research determined that the lack of services to help Canadians respond adequately to their everyday legal problems costs governments — and taxpayers — about $800 million a year.

Patricia Hebert, a family law practitioner with Gordon Zwaenepoel in Edmonton and the Canadian Bar Association’s (CBA) representative to the Supreme Court of Canada’s National Action Committee on Access to Justice, said the CFCJ report is not a surprise, but is a welcome addition to understanding access to justice needs.

“This report really does a great job of reviewing all the multiplicity of research, and when you look at the big picture like this, it carries a lot of weight,” said Hebert. “What the CFCJ has done is add a lot of data to support the changes the CBA has been asking for in its Legal Aid Matters campaign.

“They’ve built a lot more strength to the case that there is a strong economic argument for investing in justice services.”

The CBA’s Legal Aid Matters campaign was launched specifically to put pressure on party leaders and candidates during the federal election campaign to strengthen access to justice programs. Hebert said that three of the national parties — the Liberals, the NDP and the Greens — did include some legal-aid proposals in their platforms. While in power, however, Prime Minister Justin Trudeau’s Liberal government did not act on the CBA’s requests to endorse the national legal-aid benchmarks it established as part of its Equal Justice Initiative.

The CFCJ report was also endorsed by Legal Aid Ontario (LAO), which saw its budget cut by $133 million — or almost 30 per cent — in the provincial budget tabled last April by Premier Doug Ford’s Conservative government.

“In the 42 years that legal aid has existed in Ontario,” said LAO spokesman Graeme Burk, “many vulnerable people have been assisted with criminal cases that threaten their liberty, with family matters that affect children and with refugee claims that often hold lives in the balance.”

“We agree with the report,” he added, “that providing legal aid services is essential to the justice system.”