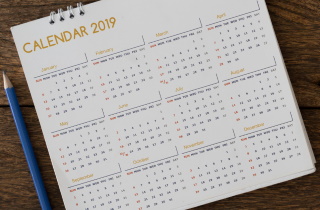 In Ontario, is there an irrefutable presumption that a domestic contract is valid if not set aside within two years from when a claim ought to have been discovered? The case of F.K. v. E.A. 2019 ONSC 3707 suggests such a conclusion.

Lawyers, as a matter of course, inform clients at the earliest pragmatic interaction of applicable limitation periods. Family lawyers are most familiar with the limitation periods applicable to claims for the equalization of the net family property (six years from date of separation or two years from date of divorce, whichever is earlier), child support (D.B.S. v. S.R.G. 2006 SCC 37) and even the election right in the event of a spouse’s death (six months from date of death).

The case of F.K. v. E.A. involved the ability to set aside a marriage contract entered on July 14, 2005. The marriage contract dealt with the issues of equalization and spousal support. It was prepared by the wife who obtained a template from the Internet and it was witnessed by a mutual friend. There was no independent legal advice nor was there a formal exchange of financial disclosure. The contract is colloquially known as a “kitchen counter” agreement.

The parties separated after seven years of marriage, on Aug. 13, 2012. The husband issued his application for equalization of the net family property and spousal support on Aug. 24, 2017. In addition, pursuant to s. 56(4) of the Family Law Act, the husband sought to set aside the marriage contract because of lack of legal advice, lack of financial disclosure and duress. The wife, in her answer, pled that the husband’s claim to set aside the marriage contract was statute barred pursuant to s. 4 of the Limitations Act and she brought a motion for summary judgment.

The questions placed before the court was whether the “(1) relief sought by the husband to set aside the marriage contract is subject to the 2 year limitation period and, if so, (2) whether he brought his application in time”. In a well-articulated decision, Justice Timothy Minnema wrote that pursuant to s. 55 of the Family Law Act, domestic contracts are presumed valid if signed and witnessed until rendered void or set aside by the court.

Another interesting point raised by this case is that claims that do not have a limitation period themselves may be subjected to the same limitation period. In F.K. v. E.A., the husband sought a claim for spousal support. Ordinarily, there is no limitation for spousal support. However, as Justice Minnema writes at para. 32, “[t]he claim for support itself is not statute barred, but the marriage contract is a full defence to that claim unless it is set aside.” Therefore, the same limitation that applies to the domestic contract will bar the party’s ability to litigate the underlying issue (in the present example, the issue of spousal support).

Family law lawyers ought to pay close attention to paras. 45 and 46 of Justice Minnema’s decision. In those paragraphs, the husband argued that the limitation period ought not to apply because “most, if not all” lawyers in Ontario are unaware of it, and cautions that such a precedent could have “‘far-reaching’ consequences, including exposing lawyers to negligence claims from their clients.”

In response, and with more eloquence than currently described, Justice Minnema reasoned that the Limitations Act is the “law of the land.” Error or ignorance of the limitation period does not postpone it or stop it from running.

From a practical practitioner perspective, this decision is a welcome precedent. Many family law lawyers can be left to wonder for an indefinite time if the domestic contracts they drafted will be challenged. With the addition of this precedent, lawyers ought now to be equipped with an added layer of comfort in that a domestic contract they had a hand in drafting is subject to the two-year basic limitation period.

From the access to justice perspective of the public, this decision is far more welcoming. Many lawyers negatively view kitchen counter agreements, those agreements parties decide to draft and execute without the assistance of lawyers. This precedent-setting decision not only stands for the proposition that the basic two-year limitation period applies to domestic contracts, but it enforced a domestic contract that was drafted, signed and witnessed without lawyers.

Justin Persaud has public and private experience in both Canadian and U.S. courts and law firms. Justin has worked with clients to negotiate complex cross border transactions and has negotiated deals between companies in Canada, the U.S. and India. As a contributor to the literary legal community, Justin writes with an intent to demystify complex areas of law.