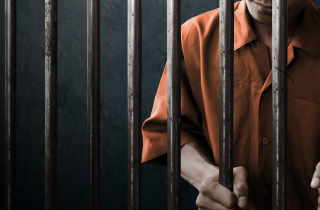 Police report crime in Canada based on the Crime Severity Index, an index which includes all Criminal Code and federal statute offences, increased for the fourth consecutive year since 2014. Over two million reports of Criminal Code incidents, with the exclusion of the Highway Traffic Act ones, were reported in 2018, about 69,800 more incidents than in 2017. The increase in the Crime Severity Index indicates more cases will be before the courts. Systemic delays in the Canadian Superior Courts of Justice will most probably follow into the courts of justice.

Under the Code s. 515(10), in a limited number of serious offences, the police are expected to release an accused with few conditions or restrictions on his/her liberty. The restrictions are largely to ensure the protection of the public and the accused’s appearance in court. Nonetheless, with the law authorizing the police to release, and a falling crime rate over time, the police have a tendency to charge and not release individuals from the scene of the alleged crime.

The kinds of conditions on a bail hearing may not be reasonable, relevant or necessary in accordance with the offence(s) and principles of bail. Section 11(e) is a right enshrined in the Canadian Charter of Rights and Freedoms, which is one where an individual cannot be denied reasonable bail without just cause and includes all forms of pre-trial release.

The denial of bail also implicates the accused’s liberty and security of the person interests protected by s. 7 and the presumption of innocence in s. 11(d) of the Charter.

The more restrictive the form of a judicial interim release, the greater the burden on the accused and the courts. The Indigenous accused and those from the vulnerable population, including individuals with mental health issues and neurocognitive disorders, such as fetal alcohol spectrum disorders, addictions and homelessness, are the accused who are more affected by these the restrictive type of releases.

The conditions imposed on the accused are meant to control these types of personal issues and problems, but often result in clients being arrested again for breaching those terms of the release and being detained pending trial.

Conditions, like failure to abide by a curfew, is an example. The individuals charged with offences who are remanded into custody, awaiting a bail hearing or trial, outweigh those convicted of offences. This may be in part due to unnecessary matters before the courts and the excess of unwarranted bail hearings and bail review variations, including those without consent.

A bail surety should also not be imposed with cash deposits and sureties unless all the less onerous forms of a release have been considered and rejected as inappropriate. With the present circumstances, these problems have led to unnecessary delays, as judges usually require viva voce evidence from proposed sureties and others.

In the present, individuals spend more time on police-imposed conditions between arrest and charge approval by the Crown, which add to systemic delays.

The administration of justice prosecutions consume an unreasonable amount of time in court. R. v. Jordan [2016] 1 S.C.R. 631 imposes strict timelines to complete criminal cases and states that if the timelines are not met, the proceedings must be stayed under s. 11(b) of the Charter, unless the Crown can prove there were exceptional circumstances for the delay.

As compared to the impact of R. v. Askov [1990] 2 S.C.R. 1199, which began with Regina v. G.C.M. of which I did research with Shale Wagman and sat in on the judgment, the numbers of cases stayed with Jordan are minimal.

Court staffing and facilities are other problems, especially in the Superior Courts of Justice in Toronto, Brampton and Milton, as they are struggling with a heavy caseload. Vacant judicial appointments are a further challenge. Cases are now far more complex in nature where there is an increase in time for trial completion.

Indictable offences are of a nature that the Crown attorney does not have the discretion to more efficiently deal with less serious conduct, increasing the need for judicial resources.

The sentencing phase of a criminal trial could put further stress on the justice system, particularly after R. v. Charley 2018 ONSC 3551, where the matter was stayed due to surpassing the 30-month presumptive ceiling between the laying of his charges and the actual or anticipated end of a trial in the Superior Court of Justice in Toronto.

Without the use of technology, the criminal justice system may be inefficient. However, expediency may be appropriate for commercial purposes, but cannot supersede trial fairness and the truth-seeking function of the process. Additionally, there must be respect for constitutional and procedural protections, which are the foundations of the Charter and Canadian law, protecting individuals from wrongful convictions and promoting confidence in the administration of justice.

The system should be evidence-based and the government must not only listen to the public outcry, but must be aware that individuals may not know the criminal law system and the delicate balance of constitutional tenets it represents.