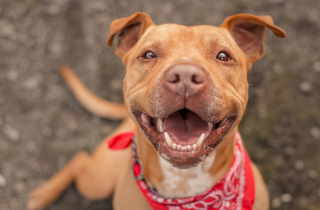 This temporary measure was instituted to keep animals protected in the meanwhile, but in October 2019, Ontario introduced Bill 136, Provincial Animal Welfare Services (PAWS) Act, 2019, which would bring in a new animal welfare model. PAWS. Fitting acronym. If passed, the proposed law will come into effect on Jan. 1, 2020.

PAWS has largely come about following a January 2019 lawsuit brought by a paralegal, Jeff Bogaerts in Ontario against the OSPCA wherein Bogaerts challenged its power to investigate offences and lay criminal charges. In January 2019, I wrote about the Superior Court in Ontario reining in the Ontario SPCA’s police-type powers in Bogaerts v. Attorney General of Ontario 2019 ONSC 41. (Please see: Superior court reins in OSPCA’s police-type powers.)

The Ontario court ruled in Bogaerts that the Ontario SPCA’s enforcement powers are unconstitutional and recognized a new principle of fundamental justice under s. 7 of the Charter of Rights and Freedoms: “... law enforcement bodies must be subject to reasonable standards of transparency and accountability.”

The Ontario SPCA was essentially a private organization enforcing public laws established to protect vulnerable animals and this did not sit well with the court. Justice Timothy Minnema gave the Ontario government a year to rewrite its OSPCA legislation. (It should be noted that Ontario appealed the Bogaerts decision. Case was heard on Oct. 1, 2019, in the Ontario Court of Appeal.)

Animals are highly valued in society and they need access to justice through a better framework such as the one proposed in the new legislation.

Bill 136 is aiming to better protect animals from neglect and abuse along with a strengthened enforcement system, but the key is that it will be public rather than a private enforcement process. If passed, it would put Ontario at the forefront of the strongest penalties for animal abusers in Canada. Moreover, the solicitor general is planning to provide training for Crown prosecutors in prosecuting animal abusers. This is much needed to protect animals and to ensure justice for our four-legged and two-legged friends.

For over 10 years, two amazing Crown prosecutors in Canada, Alex Janse of B.C., and Christian Lim of Alberta, have been at the forefront of animal protection prosecutions, but it is my understanding that we need many more Crown prosecutors ably trained to handle animal protection and cruelty laws. (We've been fortunate to have Janse attend several times as a guest speaker to share her insights with our animal law students at the Peter Allard School of Law at UBC. The students leave the class pretty shell shocked at some of her grisly animal abuse stories.)

PAWS would create a chief animal welfare inspector position to handle complaints and institute policies. Animal welfare inspectors would be permitted to inspect places to ascertain compliance with the PAWS Act, application for warrants to enter dwellings and the ability to ask police for help. Examining veterinarians will have a duty to report animal abuse, for both physical or psychological harm.

Especially interesting to me is that the bill is planning to improve oversight and transparency for the public as part of the new regime. I believe this is a direct response to the Bogaerts case where the court had noted: “Although charged with law enforcement responsibilities, the OSPCA is opaque, insular, unaccountable, and potentially subject to external influence, and as such Ontarians cannot be confident that the laws it enforces will be fairly and impartially administered.”

In a press release in October 2019, Solicitor General Sylvia Jones stated, “We made a commitment to take action and develop a modern animal welfare enforcement system to keep animals safe. I am proud to say we are delivering on that commitment with new legislation that includes the toughest penalties in Canada,” and “Ontarians can be confident the government is proposing a system that will better protect animals from negligent care.”

The Ontario solicitor general also stated that there will be huge fines for corporations convicted of animal cruelty, including $250,000 for a first-time offence and up to $1 million for repeat offenders. The fundamental point in all of this is that legislation that focuses on animals ought to have transparency and accountability to make things better for animals, to speak for those who cannot speak for themselves and to ensure access to justice for animals. #A2JAnimals.