The Supreme Court of Canada saw a rare display of federal-provincial unanimity Nov. 4 as the attorneys general of Canada and Quebec jointly hailed the top court’s newest judge and the province’s beefed-up role in the reformed process that culminated in Justice Nicholas Kasirer’s nomination.

“The nomination of Justice Kasirer to the court is historic,” Attorney General of Canada David Lametti said of the new process during the welcoming ceremony in the Supreme Court’s courtroom which was packed with Justice Kasirer’s family and friends, along with many legal lights from the bar and bench in Quebec and across Canada. 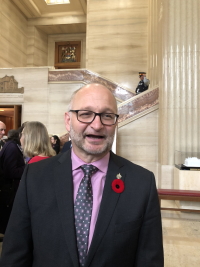 Lametti said of Justice Kasirer, a former dean of law at McGill University where Lametti is also a professor, that his ex-colleague epitomizes what a Supreme Court judge “should be, has to be, moving forward.”

“He is bilingual, he is bijuridical in a very profound way, and really represents the best that this institution can be,” Lametti told The Lawyer’s Daily after the ceremony. “He has shown throughout his whole career that he is committed to law, to justice, to equality, pluralism, First Nations. He’s done this through his teaching. He’s done this through his work as a scholar. He’s done it through … 10 years on the Court of Appeal of Quebec. He’s going to be a simply outstanding jurist.”

Quebec Attorney General Sonia LeBel also extolled the qualities of the new Supreme Court judge, as well as the co-operation between Ottawa and the Coalition Avenir Québec (CAQ) government that led to his appointment.

“For me personally it’s both a great honour and a historic day,” the former senior Crown attorney told The Lawyer’s Daily. “Quebec felt that we were having a great input. … We were very well respected in our exchanges.” 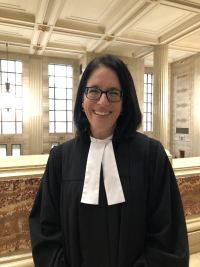 Earlier this year, the two governments signed a memorandum of understanding (MOU) to create an independent and nonpartisan advisory committee, consisting mainly of people from Quebec with a background in civil law, to devise the short list of candidates submitted to both the Ministers of Justice of Quebec and Canada to succeed Justice Clément Gascon, who retired from the court Sept. 16. The final decision to appoint Justice Kasirer was made by Prime Minister Justin Trudeau.

“Ultimately, we are very satisfied about all the proceedings, the way it went,” LeBel said, affirming that, in her view, the Quebec government had additional substantive input that it did not have under the previous appointment scheme (whereby Ottawa exclusively drove the process and consultations with politicians and the legal community).

LeBel said it remains a goal for the CAQ government to formalize the process beyond the existing MOU — although she did not say whether that should be in legislation.

Notably, that includes Quebec having “a more official say in the final choice” — perhaps even a veto.

“We had an input but it’s still, because of the Constitution, the choice of the prime minister of Canada [to make the appointment],” she explained. “We respect that.” 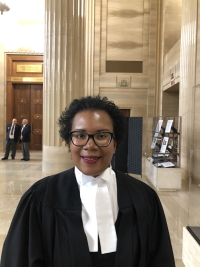 But recognizing a Quebec veto power on the final choice is “something to discuss,” she said. “I think that’s the step further that we can have. I don’t know what form it could take. … We will keep discussing, and in the meantime, if we don’t agree to a step further, this process will stay until we negotiate a new process. … We will never go back. So for me it’s a positive step.”

During the welcoming ceremony Canadian Bar Association president Vivene Salmon, and the leaders of several other important legal organizations, lauded the new judge’s abilities and virtues. Of his colleague who began work Sept. 16, Supreme Court Chief Justice Richard Wagner noted he “has already impressed upon us his deep sense of collegiality, devotion and pride in his work and he personifies the bilingual and bijural foundations of our institution. It is obvious that he is already a fantastic addition to this bench.”

Chief Justice Wagner went on to quote from fellow Supreme Court judges who remarked that they were impressed by the lifelong academic’s diligence, prudence, formidable intellect and depth of reflection. “His contributions to our post-hearing conferences begin with a searching and comprehensive examination of all sides of an issue, followed by a careful account of his inclinations for disposing of the appeal,” said one judge. “He’s a fine and decent human being as one can hope to meet,” added another. 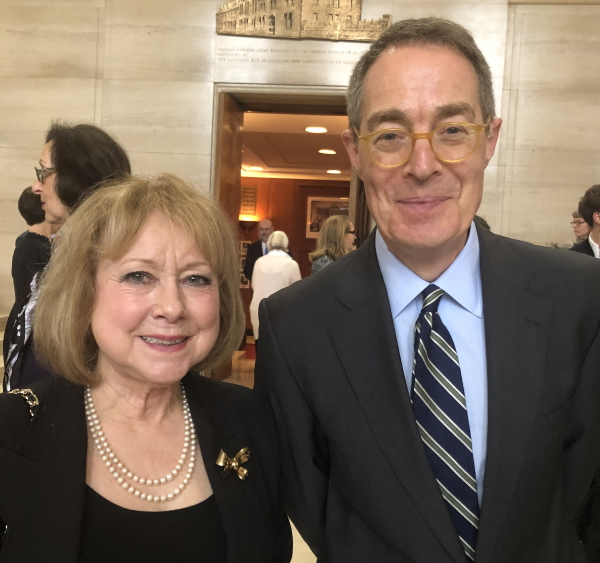 Chief Justice of Quebec Nicole Duval Hesler, who worked with Justice Kasirer for a decade on the Quebec Court of Appeal, calls him “very wise.”

“He’s extremely collegial,” the chief justice told The Lawyer’s Daily during a celebratory reception in the Supreme Court’s marbled grand entrance hall. “He brings only positive feelings to people who work around him. He’s never part of the problem. He’s always part of the solution.”

Former Liberal justice minister Irwin Cotler was also beaming. “I couldn’t be happier,” he told The Lawyer’s Daily. “This is the best appointment that could have been made. There’s no one that I know who’s got such a repository of expertise and experience in civil law, common law, domestic law, international law, public law, private law,” the emeritus McGill law professor said of his one-time student, who later became a fellow professor, and then dean. “He’s a wonderful colleague.”

For his part, Justice Kasirer paid eloquent tribute to his family and friends, especially to his spouse, prominent modern dance choreographer, Jane Mappin, “the heart and strength of our life as a family.”

He also spoke humbly of his many “debts” to his colleagues who influenced and contributed to his life and career during 20 years at McGill and 10 years at the Court of Appeal. Names he mentioned included Supreme Court Justice Jean Beetz, for whom Justice Kasirer clerked 30 years ago, and Justice Kasirer’s predecessor, Gascon, whose intellectual rigour and curiosity, and “greatness of soul” Justice Kasirer cited as a “a model” for all judges.

Grondin added also that “we’re very happy with how the process went. … Definitely the choice [of Justice Kasirer] will satisfy everyone.”