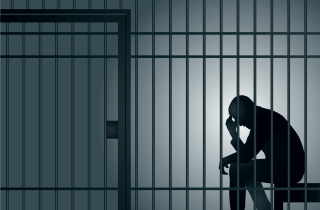 In August of this year Greg Hiles died while in custody in the East Coast Forensic Hospital (ECFH) in Nova Scotia. He had been determined to be not criminally responsible (NCR), meaning he was indefinitely confined until found to be sufficiently mentally well by the Criminal Review Board. This means Hiles’ release, and the release of anyone found NCR, is dependant upon receiving effective treatment of their underlying mental illness.

Two months before his death, Hiles, along with three others in the forensic hospital, brought a habeas corpus application stating, among other things, that the high level of restriction on their liberty was worsening their mental health and was unreasonable and unlawful. Justice Anne Smith found the Nova Scotia Supreme Court lacked the jurisdiction to decide the issue, but if she had the jurisdiction, that the restrictions of their liberty would have been found unlawful.

Hiles’ death was determined to be by suicide. Hiles’ mother, Sheila Hiles, as well as various organizations, such as East Coast Prison Justice Society, Womens’ Wellness Within and Mainland Nova Scotia Elizabeth Fry Society, called for the chief medical examiner and minister of Justice to order a fatality inquiry into this death.

The death of Hiles, and the public discourse surrounding his death, retriggered a province-wide conversation about the Fatality Investigations Act (FIA), the Nova Scotia statute that governs how our province handles adult deaths in custody.

Under the current version of the FIA, deaths in custody and in other specified circumstances must be reported to the medical examiner. However, what happens then falls to the discretion of the examiner and is typically not shared with the public — or in many cases, even the person’s family.

The concerns of the public, as expressed in articles such as those by law professor Sheila Wildeman, Andrew Rankin and professor El Jones were threefold: that these deaths occur in adversarial institutional contexts in which there is a significant power imbalance between detainees and those detaining them, and this necessitates an independent review of the surrounding circumstances; that institutional authorities conducting of contributing to internal investigations have a vested interest in the findings not implicating wrongdoing; and that the prevention of future unnecessary deaths can only effectively be prevented by a transparent process with a strong procedural backbone for truth-finding capacity leading to well-informed recommendations.

Within only slightly over a month of the first public calls for a fatality inquiry into the death of Hiles, the first reading of Bill 180 occurred: the proposed amendments by the Nova Scotia Liberal government to the FIA. These proposed amendments provide the minister of Justice and chief medical examiner the discretion to establish ad hoc death review committees and create a specialized review committee for deaths in domestic violence situations as well as a specialized review committee for deaths of children in care of the province.

The rapid attempt to push through statutory amendments shows a responsive provincial government. However, several aspects of the proposed amendments work against the achievement of their stated goal of preventing future needless deaths, leading one to ask to why, in fact, is the government so rapidly responding. The East Coast Prison Justice Society appeared at the Legislative Amendments Committee on Oct.15, 2019, and drew attention to five concerns about these amendments:


Without explicit provision for these concerns in the Act, the proposed amendments are meaningless, as the shape of the review, and the mechanism for determining whether a review actually occurs, is still unclear and decided in the absence of a public forum.

East Coast Prison Justice suggested that three changes be made to the amendments to enable government to more effectively achieve its stated goal: firstly, the FIA must establish a parallel, non-discretionary review by a specialized death review committee for adult deaths in custody.

Secondly, the findings of the death review committees must be made public. These findings must also be made meaningful by providing the review committees with statutory powers to ensure they have capacity to truth-find — doing more than lend unmerited increased credibility to an internal investigation.

Examples of necessary statutory powers include mandating an independent adjudicator, the right to cross-examine witnesses under oath and providing the death review committees with the authority to order production of documentary evidence.

Thirdly, the FIA must include an accountability mechanism to follow up on the integration of the recommendations into law and policy.

These proposed changes are not allegations of bad faith. Instead, they are a demand for an Act that does not enable bad faith, and one which ensures that, if bad faith occurs, and our public institutions have caused or contributed to an individual’s death, this is identified and made known to the public. This is the essence of an effective mechanism of oversight.

Hanna Garson is ­­­­­­­­­­­­­­­­­­­­­­­­­­­a criminal defence and prison litigator at Planetta Hughes LLP in Nova Scotia and the current chair of East Coast Prison Justice Society. She is interested in legal jousts regarding what is an appropriate use of state power and can be reached at hanna@phllp.ca. This article was written with help from Harry Critchley and professor Sheila Wildeman. 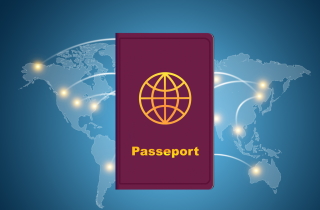