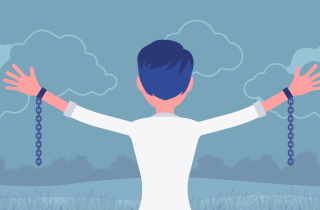 The government of Canada introduced Bill C-75, An Act to amend the Criminal Code of Canada, the Youth Criminal Justice Act and other Acts and to make consequential amendments to other Acts which received royal assent on June 21, 2019.

The Act involved changes, modernizing and elucidating bail provisions; provided a different approach to administration of justice offences; limited preliminary inquiries; and streamlined the classification of offences (85 offences), just to name a few.

Canada has had a separate criminal justice system for young individuals for more than 100 years of which the Youth Criminal Justice Act (YCJA) came into effect April 1, 2003. It is an Act replacing the Young Offenders Act, recognizing that young individuals should be held accountable for their actions, but with the understanding that they are young people who make mistakes and should be provided an opportunity to mature, learn from their errors and accept the consequences of their actions.

The YCJA also prohibits police officers and judges from detaining young individuals in custody or imposing conditions of release in an undertaking or a release order as a replacement for proper circumstances, involving child protection, mental health or other social measures.

Statistic Canada’s legal publication Juristat reported on average 792 youth are in custody per day in 11 jurisdictions.

The primary effect of Bill C-75 seeks to extend the control and violence of a prison into society through conditions, supervised release and social worker supervised facilities (halfway houses) for youth. Youth spend a great deal of time in jail for breaches of court ordered conditions of which Bill C-75 seeks to decrease the problem by reducing the number of conditions and having them dealt with outside the court system.

Under clauses 361 to 363 and 372, Bill C-75 changed the administration of justice offences in ss. 4 to 12 of the YCJA. The YCJA provisions enable police officers and Crown prosecutors to institute legal proceedings, which may involve no additional action, issuing a warning or administering a caution or community referral to a program.

When a young individual commits a non-violent offence — property crimes; fraud, tax crimes, other types of white collar crime; drug and alcohol-associated crimes; prostitution; racketeering and gambling; and bribery — and has not previously been convicted of an offence, it is presumed that extrajudicial measures are an appropriate measure to have the young individual held accountable under the YCJA.

Bill C-75 provides a new s. 39(1)(b) to the YCJA, restricting the situations in which a custodial sentence may be imposed for an administration of justice offence by including the requirement that in committing the offence, the young individual must have caused harm or risk to the public.

In the administration of justice offences under s. 137 of the YCJA — fail to comply with the sentence/disposition or a fail to comply with a summons, notice, promise or order according to s. 496 of the Criminal Code — Bill C-75 now provides extrajudicial measures, known as extrajudicial sanctions, which are deemed to be suitable with exceptions in the new s. 4.1 of YCJA. A more formal kind of extrajudicial measure may be warranted in the case depending on the seriousness of the alleged offence or the nature and number of past offences committed by the young individual.

Where charges are withdrawn, dismissed or stayed in regards to primary offences and an attempt or conspiracy to commit one of these offences, the Attorney General must decide whether to proceed with the prosecution of charges pending the administration of justice charges laid under ss. 145(2) to 145(5) of the Criminal Code — new s. 24.1 of the YCJA.

Clauses 368, 371 and those from 373 to 375 of Bill C-75, new sections of the YCJA, 29(1)(c) and 38(2)(e.1)(ii), deal with a judge imposing particular conditions on bail or in a youth sentence, such as “no contact with a certain individual,” “abstaining from drugs/ alcohol” and “to not have or carry any weapons.” In deciding these particular conditions, the judge must be cognizant of the fact it may not be reasonable for the young individual to comply with the condition.

In a youth sentence, the condition must in addition promote the young individual’s rehabilitation and reintegration into society and the long‑term protection of the public (YCJA new s. 38(2)(e.1)(i)).

The Safe Streets and Communities Act was passed by the 41st Canadian Parliament on March 12, 2012. The Act required the permission of the Attorney General to make an application for an order that a young individual would be liable to an adult sentence if he/she committed a “serious violent offence” and was 14 years of age or older at the time of the offence (s. 64(1.1) of the YCJA). The involvement of the Attorney General offers some oversight and at the same time makes it harder to sentence a youth as an adult.

In Bill C-75, clause 376 will give the local Crown’s office the decision with the implication that more youth will not be afforded the protections of the YCJA and will experience additional challenges that come with Bill C-75. Before the Crown’s office can make the decision that a youth is subject to an adult sentence, a report is necessary to assist the court (Clause 378).

This same act further reversed the burden of proof from the young individual to the Attorney General when dealing with a publication ban. (s. 75, YCJA). Clauses 377 and 379 of Bill C‑75 remove the option of lifting the publication ban in this case.

While Bill C-75 embraces the myriad of conditions experienced by vulnerable young individuals, many of which are associated with their social welfare needs rather than criminal justice purposes, one cannot lose sight of the gravity of an offence committed by the young individual.