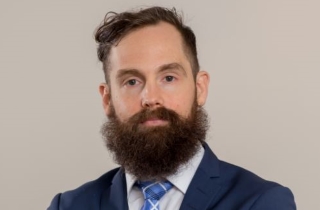 A group advocating for Inuit in Northern Quebec may be appealing a court’s upholding of an Environment Canada decision to reduce the yearly number of polar bears hunters can kill off a coastal area of Nunavik, says the group’s lawyer, who is concerned this gives the government more latitude in its decision making and less obligation to properly consider treaty rights and Inuit knowledge of wildlife.

The applicant, Makivik Corporation, is a non-profit organization that serves as the Nunavik Inuit’s legal representative, protects their rights and builds the area’s social economy.

According to the written Federal Court decision, Makivik argued that the “case is about the implementation of Inuit treaty rights under the Nunavik Inuit Land Claims Agreement (NILCA),” a “constitutionally protected modern treaty which fosters reconciliation.”

Makivik argued the minister was wrong to lower the TAT without combining “Nunavik Inuit approaches to wildlife management” with “Western scientific knowledge,” as is required by Article 5 of the agreement.

The Inuit hunt polar bears for their meat and fur.

The court noted the “complicated” decision-making process when it comes to conservation in the area and that this “’was the inaugural process for such a decision under the NILCA.”

The setting of quotas in the NMR goes back to 2011, when there was a jump in polar bear harvesting in the area. In 2012, then-Conservative Environment Minister Peter Kent requested that a TAT be established by the Nunavik Marine Region Wildlife Board (the board), one of the bodies responsible for wildlife management in the area.

The polar bear population was studied and, in late 2013 a study was launched around Inuit traditional knowledge (ITK) of polar bears and conservation.

In mid-2015, the minister stressed that a harvest rate of 4.5 per cent be maintained in the name of sustainability.

But in September 2016, Environment and Climate Change Canada recommended to new Liberal Environment Minister Catherine McKenna that she reduce the TAT.

McKenna lowered it to 23, stating that it “aligns with the widely accepted sustainable removal level” of 4.5 per cent.

Makivik applied to the Federal Court for declaratory relief and for the issue to go back to McKenna for reconsideration.

While Makivik acknowledged that Canada’s environment minister has the legal right to change the board’s quota, it argued she failed to adequately consider the Inuit’s knowledge of wildlife along with scientific findings and was wrong to take a “cautious management approach”.

Government lawyers, however, argued McKenna had “considered all the available [Inuit traditional knowledge]” and combined it with scientific knowledge prior to making her decision.

“For example, the Respondent submits that the Minister properly determined in her decision that both [Inuit traditional knowledge] and scientific reports found that climate change had a negative impact on the population size of polar bears,” they argued, adding that some difficulties arose because of when the information was gathered.

But Federal Court Justice Paul Favel sided with the minister, noting that everyone involved acknowledged there was new evidence from the applicants that McKenna did not have when coming to her decision.

“I find that it was necessary and reasonable to adopt a cautious management approach in light of the state of the information before the Boards and the Minister, which could be described as interim information,” wrote Justice Favel. “In fact, in the wildlife context, the information will be constantly changing. The decisions will have to be revisited accordingly from time to time as conditions change.”

Makivik’s lawyer, Nick Dodd, of Montreal’s Dionne Schulze, called the court’s decision “concerning” in that McKenna should have made Nunavik’s Inuit equals in determining a TAT.

“It gives the government much more latitude to do whatever it wants than [the] Inuit thought the government was getting when they signed the [NILCA] treaty,” Dodd told The Lawyer’s Daily. “While the treaty recognizes that government has the ‘ultimate responsibility’ for wildlife management, it also states that government ‘agrees to exercise this responsibility in the NMR in accordance with the provisions of Article 5 of NILCA. My client believes that Article 5 requires … the government, when exercising this authority, to do things differently than it used to, to reconcile two distinct worldviews — or, put another way, to make Inuit equal partners in regulation rather than simply subjects. It is difficult to find this objective reflected in the Federal Court’s judgment.”

Dodd was asked to comment on the finding that McKenna was right to take the cautious approach.

“The problem is that … it’s not clear that the approach the minister took was allowed by the treaty. That’s not to say the treaty doesn’t allow the minister to use caution, but what seemed to happen is the minister, instead of doing the difficult work of trying to integrate traditional knowledge and science to come up with a result that reflected both Inuit and Western worldviews, she just said, Well, this is all very hard, so I’m just going to exercise caution. My client worked hard over many years to negotiate a treaty that would … reconcile Canadian or Western approaches with Inuit approaches. And the feeling of my client was that by just kind of throwing out this cautious management approach, the minister was ducking the task she was mandated to do and undermining the rights in the treaty that the Inuit fought very hard for.”

Dodd was asked if there will be an appeal.

“We’re thinking about it. We’re analyzing the judgment and the client hasn’t taken a decision yet, but it is being considered.”

When government lawyer Pavol Janura was asked for comment, the request ended up in the hands of media relations officials.

Environment and Climate Change Canada spokesperson Samantha Bayard pointed to McKenna having “the authority to accept, reject or vary any final decision by a wildlife management board” and noted this “was an inaugural process for all parties involved and the first time the minister had to make a decision with respect to polar bears under the above mentioned treaties.”

“[The] court’s decision should provide clarity to the parties for future wildlife management decision-making processes made under the specific treaties considered in this file but possibly of other treaties with similar provision.”

If you have any information, story ideas or news tips for The Lawyer’s Daily, please contact Terry Davidson at t.davidson@lexisnexis.ca, or call 905-415-5899.