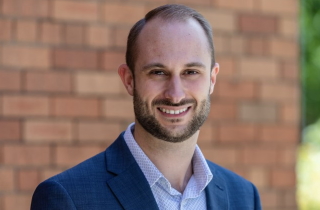 The Pro Bono Students Canada (PBSC) chapter at the University of Windsor’s Faculty of Law is launching its own clinic to assist trans people who want to change their ID.

“As Canadians, it’s almost impossible to do anything if you don’t have proper ID,” explained Ryan Markesic, the PBSC program co-ordinator who will be overseeing the trans ID clinic.

He noted that simple things, like going to find employment, can be a real issue if you don't have “proper ID that matches who you are. Then you are denied access to employment and then you’re also denied access to social services.”

Even travel can become an issue when an ID doesn’t match the individual, he said. “Your mobility rights are impacted; your ability to participate in meaningful work is impacted. So, our goal here is to allow trans persons to get that ID and then, hopefully, be able to feel meaning and participate in all the social services and the rights that every Canadian should have.”

Markesic said the PBSC Windsor chapter chose this issue because it saw an unmet access to justice need in the community. There hadn’t been any PBSC projects helping LGBTQ+ groups in Windsor, but the national office in Toronto had been piloting a trans ID clinic through its Osgoode Hall and University of Toronto chapters. So Markesic partnered with the national office to develop a clinic in Windsor.

“We then partnered with W.E. Trans [Support],” he explained, a local organization for trans and allied support. “The organization leader, Jayce [Carver], has been amazing and she really was on board with this. So, throughout the summer between national, myself at the Windsor chapter and then Jayce at W.E. Trans we’ve been putting together this clinic.”

The clinic will officially launch at the W.E. Trans’ facility on Tecumseh Road East on Nov. 23 from 3 to 5 p.m.

Markesic said the initiative has taken a lot of teamwork as the Toronto chapters, partnering with Blake, Cassels & Graydon LLP, had laid the groundwork for creating a manual on how to help people with an ID change.

“One of the difficulties with the trans ID clinic, and just trans people getting ID and changing their ID, is that it’s a very convoluted process. It’s not clear, it’s not straightforward and the feedback from trans persons in the community is that they don’t know how to do it. Our job, this summer, was to update the manuals and make sure the way persons go about changing their ID really is the best way. For example, which piece of ID do you go for first? Do you change a driver’s licence? Do you change your birth certificate? It’s a weird process where, let’s say, getting your birth certificate changed opens up three doors, where getting another piece of ID changed will only open up two. You’ve sort of missed a step,” he said.

Another issue the clinic tries to help people navigate is cost. Markesic said a name change on an ID costs $137 and “a lot of trans persons just aren’t able to afford that.”

“They’re already a marginalized community. Their access to employment isn’t the best,” he said, noting discrimination as a prevalent factor.

“One of our goals this year was to see how much money we could raise to cover the cost of even a few ID changes. I can proudly say that we set a goal of about $2,000 this year to cover about 14-15 full name changes for the most needy persons coming into the clinic,” he said, adding that the clinic has raised just over $1,200 with fundraising efforts still in full swing.

Markesic explained that clients who come to the clinic will first be triaged by a law student and lawyer supervisor before being seen by another student/lawyer team who will help them fill out the paper work in a private setting. In some cases, the clinic will also help the clients draft affidavits.

“Sometimes you have to attach an affidavit in support of some of these documents, especially if you, for example, don’t have a birth certificate. Some trans persons are coming in off the street. They’ve been ostracized by their family and they don’t have a birth certificate, or their parents didn’t provide them with one. So, we’ll help them draft an affidavit that outlines their story to attach in support of their application for their ID. Then we help them send off the required forms to the government and if they have any issues, they can come back to us,” he said, noting that this process can span a couple of appointments at the clinic.

Markesic noted that the clinic currently has three lawyer supervisors from the Windsor area and four law students, but he hopes the clinic will grow over the next few years.

The program co-ordinator said that, ideally, the clinic would be available to the community indefinitely, but realistically it will operate while “the need is there.”

“We’re hoping this clinic will run in more of our chapters,” he said.

“Hopefully this is just the start and we can help other chapters,” he added, noting that the PBSC would like to see this become a national initiative.