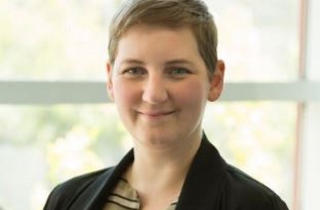 A lawyer for two Indigenous Manitobans freed of assault charges and awarded costs after being jailed for weeks before being able to seek bail is echoing the judge’s call for an independent review of chronic pretrial dysfunction in the province’s north.

The call for inquiry came in the Nov. 14 ruling in R. v. Balfour, 2019 MBQB 167, a judgment dealing with the criminal cases of two people from different First Nations communities.

The hearing unfolded at the Thompson city courthouse, which is almost 800 kilometres north of Winnipeg and, according to the written decision, serves 16 remote communities, including some “very isolated.” It notes that many communities in this area are Indigenous and that there is an over-representation of First Nations people behind bars, including in-custody remands.

The cases of Lesley Ann Balfour and Dwayne Gregory Young “are completely unrelated except for one common feature; they both expected difficulty having timely bail applications,” the court stated.

Balfour was a 25-year-old single mother from Norway House when she was arrested in late 2017 and charged with assault. She spent 51 days in jail between her arrest and release on bail. In January 2019, just before her trial was set to begin, the Crown stayed the proceedings and dropped the charges.

Young was 28 when he was arrested in Thompson in early 2018 and charged with aggravated assault for an incident at his home in Split Lake. He spent 23 days in custody before getting bail. He was eventually found not guilty.

Instances of repeated remands, court adjournments, communication breakdowns and long distances between the courthouse and remand centres contributed to the delay in their bail hearings.

He cited the Supreme Court of Canada's finding in R. v. Myers 2019 SCC 18 that “the release of accused persons is the cardinal rule and detention, the exception.”

Justice Martin said that, save for Winnipeg, the “Thompson judicial area” likely handles the largest volume of criminal cases in the province, and from the largest geographic area.

He notes accused are “initially held in the RCMP detachment jail cells, as there is no other jail in Thompson.” Those remanded to the court’s “custody coordination docket” are taken to another jail somewhere in the province — usually to The Pas Correctional Centre, around 400 km away.

“As such, routinely, accused were ‘timed out’ or adjourned, often with their appearance ‘waived,’ to another date without their matter being dealt with,” he wrote, noting an affidavit brought forward in the Balfour-Young case from a former Crown who “witnessed thousands of accused … denied the right to reasonable bail due to [a] crippling lack of resources.”

Seeing costs as the only remedy available, Justice Martin awarded $5,000 (plus expenses) to each of the two defence lawyers.

“In all the circumstances here, it should be plain that consideration should be given to an independent, comprehensive review of the system, processes, technology, training and facilities affecting in-custody accused on remand, from arrest onward, in northern Manitoba particularly as it is connected to the Thompson judicial area and remote communities,” Justice Martin wrote, stressing that “a fresh commitment is urgently required.”

Rohit Gupta, one of the lawyers for Balfour and Young, said this case was “the first of its kind in Manitoba for a decision that deals with bail.”

Gupta pointed to little change happening to fix the problems, despite a working group formed in 2018 that brought together officials from the province’s legal community, Sheriff Services, deputy ministers and the RCMP in attempts to address problems with the court process in Thompson.

He agreed with the call for independent review.

“We know this has been going on for years, and because it has become so normalized up here, the people who are looking to figure out what we can change, respectfully, have failed to address what has become an epidemic,” said Gupta. “The decision makers and the people in charge here, I think they’ve become so normalized to the status quo that, we need to get other individuals involved that see these as actual people who are sitting in jail without having a proper, meaningful hearing to determine the validity of their detention. Justice Martin said this sort of thing wouldn’t happen in a place like Winnipeg. It’s is important to note that the individuals who experience this are predominately from First Nations communities.”

Allison Fenske, a lawyer with the Public Interest Law Centre in Winnipeg, said an independent review “could serve to ensure that the spotlight remains on the unequal access to justice that northerners experience.”

“One would hope that [it] would result in the necessary investments being made in the region, in a way that is community-centred,” Fenske said. “Given the over-representation of Indigenous people within the criminal justice system, solutions must be Indigenous-led. This could also be an opportunity to move away from carceral solutions to complex social problems.”

Crown Heather Leonoff did not return a request for an interview. Her co-counsel, Michael Bodner, declined to comment.