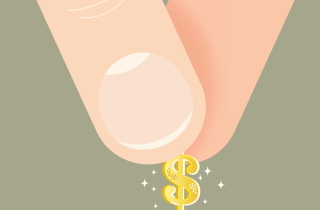 As business costs and daily living expenses increase along with a growing population, the number of claims and the money being claimed by litigants in civil proceedings has been drastically on the rise. In response to this the Ontario government has recently announced that it will be increasing the amount litigants can claim in the Ontario small claims court from $25,000 to $35,000 on Jan. 1, 2020.

This move looks to accelerate the rate for access to justice of civil claims being heard before the courts by allowing litigants to pursue claims for higher amounts in small claims proceedings which previously could only be sought in the Ontario Superior Court of Justice.

There are serious delays with proceedings moving forward in the Superior Court, due to the extremely high volume of matters currently listed within its parameters and the lack of courtrooms and judges to oversee them. Many of these matters can take a minimum of three, four or even five or more years to reach trial if they do not settle beforehand.

This ultimately limits and creates a strain on the access to justice of many litigants as the lengthy time and uncertainty in the more complex rules of the process can act as a deterrent for many to seek restitution. There are also increased costs associated with bringing a claim through the Superior Court.

Creating more reasonable avenues and greater access for litigants to pursue justice in civil matters is often a constant plea by legal professionals in this realm of law.

Allowing matters in the Superior Court that are currently claimed at $35,000 or less to be transferred to small claims court creates the potential for a greater level of access to justice for litigants, as it would free more court time for larger and more complex matters.

As well, small claims court will allow these transferred matters, as well as all new matters after Jan. 1, 2020, to be heard at a much more efficient rate.

The increased efficiency comes from the more lenient rules which govern small claims matters. These include greater options for representation, timely methods of alternative dispute resolution, and the more informal nature of presenting a matter to the court.

This is a much more cost-effective method in litigating as paralegal costs are usually less than that of a lawyer. This creates a much more attractive avenue in the ability to access justice as small claims rules typically only allow for a litigant to recover 15 per cent of legal costs for the proceedings.

While some cases make their way to trial in civil law the majority tend to settle out of court through alternative dispute resolution methods, such as mediation, which are becoming an increasingly greater and mandatory part of all civil matters. The Ontario small claims court has a mandatory settlement conference parameter which takes place within 90 days of the first defence being filed. With most of small claims matters settling in these conferences, it allows for an extremely quick resolution for the litigants, as opposed to the three- to five-year length of the Superior Court.

Small claims matters also have a very liberal set of rules which govern their proceedings. This allows for self-represented litigants to have a greater chance of stating or defending the claim with little legal experience and knowledge.

Evidentiary rules are also lenient and allow for greater oral testimony that is relevant to the case. This allows for a quicker trial process of usually not more than a day, should the matter develop that far.

Creating greater access to justice is the prime goal of the legal profession. There is great hope that this new increase in claimable amounts in small claims court will alleviate strain on the Superior Court system and allow litigants to pursue claims in a much more efficient manner.

Meghan Walker is an associate at Will Davidson LLP. Her area of practice includes motor vehicle accidents, medical malpractice, nursing home negligence and product liability lawsuits. She has extensive hands-on experience in plaintiff-side litigation, advocating for individuals in the Ontario Superior Court of Justice and small claims court. Grant Black, student-at-law with Will Davidson LLP, helped with this article.