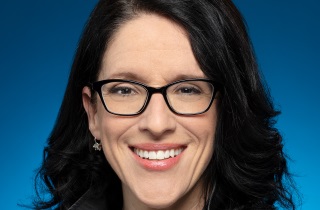 Quebec is asking the Supreme Court of Canada to overturn a successful constitutional challenge by the judges of the Quebec Superior Court to the province’s power to raise from $70,000 to just below $85,000 the exclusive monetary jurisdiction of Quebec’s provincial court — a move which the Quebec Court of Appeal ruled unconstitutionally trenches on the superior court’s core general jurisdiction to resolve “substantial” civil disputes under s. 96 of the Constitution Act, 1867.

In November the attorneys general of British Columbia, Alberta, Canada and Ontario gave notice at the top court that they intend to intervene on the far-reaching constitutional issues raised by companion appeals for which as-of-right notices of appeal were filed last month by Attorney General of Quebec Sonia LeBel, and by Quebec’s judicial council, the Quebec Association of Provincial Court Judges and the Canadian Association of Provincial Court Judges.

The appellants are seeking to overturn the Quebec Court of Appeal’s unanimous Sept. 12 ruling which struck down a 2016 law, aimed at increasing access to justice, that was enacted by the provincial Liberal government, which preceded the current Coalition Avenir (CAQ) government.

The special seven-judge appeal panel gave the province a year to bring in a new constitutionally compliant law which pegs the upper monetary limit for the Court of Québec’s civil jurisdiction at between $55,000 and $70,000.

Replacement legislation is not yet in the pipeline, said LeBel’s press secretary, Nicky Cayer, “Since we are currently defending the validity of provincial legislation, the government is not working on other legislation,” she told The Lawyer’s Daily.

The constitutionality of s. 35 of the Code of Civil Procedure, which raised to less than $85,000 the exclusive monetary jurisdiction of the provincial Court of Québec, was referred by the previous government to the Quebec Court of Appeal in 2017, after the chief justice and associate chief justices of the Quebec Superior Court, on behalf of the court’s almost 200 judges (including supernumeraries), launched at their own expense the constitutional test case and sought a declaratory judgment.

The federally appointed judges argue that the province illegally encroached on their core powers under s. 96 of the Constitution to resolve disputes between individuals and decide questions of private law.

In its 156-page judgment Sept. 12 a special seven-judge panel of the Quebec Court of Appeal, chaired by Chief Justice of Quebec Nicole Duval Hesler and including Justice Nicholas Kasirer who was elevated to the Supreme Court four days later, sided with the Superior Court judges and ruled that the law improperly trenches on the core jurisdiction of the Superior Court protected under s. 96.

A second issue referred to the Quebec Court of Appeal, and on which the Supreme Court is asked to weigh in, asks whether the appellate powers of the Court of Québec over administrative tribunals such as the Commission on Access to Information and the Financial Markets Authority encroaches on s. 96, which gives the superior courts the power to supervise the legality of administrative decisions.

The Superior Court’s chief justices asked the Court of Appeal to “reframe” the role of the Court of Québec when it sits in appeal from administrative decisions by requiring it to apply the standards specific to appeals, rather than the standards applicable to judicial reviews, so as to respect one of the core, if not defining, powers of the Superior Court, while complying with the intent of the legislature in creating a right of appeal.

The Court of Appeal rejected that request and affirmed the validity of appeals of administrative decisions to the provincial court. However, it did question the duplication, and utility to litigants, of an appeal to the Court of Québec, followed by judicial review at the Superior Court, especially since both court levels apply the same deferential standard of review.

For their part, the attorneys general of Quebec and Canada, and the Quebec judicial council and the association of Quebec court judges all argue that the deferential standard applied by the Court of Québec does not infringe s. 96 because the appellate jurisdiction of the Court of Québec, and the interpretation of its scope by the courts, does not affect the Superior Court’s superintending and reforming power.

Statistics before the Court of Appeal indicated that in civil matters, the Court of Québec (civil division, voluntary deposit and small claims) opens on average nearly 55 per cent of the total files in the province, while the Superior Court (civil division, commercial division and family division), receives approximately 45 per cent, half of which involve matrimonial and family law.

The attorneys general of Canada and B.C. support the constitutionality of the new monetary ceiling created by art. 35.

If you have any information, story ideas or news tips for The Lawyer’s Daily, please contact Cristin Schmitz at Cristin.Schmitz@lexisnexis.ca or call 613-820-2794.