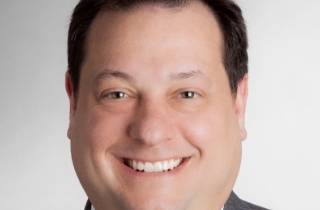 With the bencher table at the Law Society of British Columbia (LSBC) set for the next two years, incumbents are saying the recent election results reflect a mandate to continue the work the law society has been doing on access to justice, mental health and advancing reconciliation with Indigenous peoples. But they also acknowledge the low voter turnout, especially in the Vancouver area, with one saying there may be a need for the law society to find ways to re-engage members about the work they do.

The bencher election took place from Nov. 1 to Nov. 14, and a total of 18 benchers were returned to the board, with four new members elected. Brook Greenberg, who was re-elected to another term to represent the Vancouver district, said he takes the results as a mandate to continue the work the law society has been doing over the past two years. He said benchers will be tasked with looking at mental health in the profession, alternative discipline processes, the law society’s continuing response to the Truth and Reconciliation Commission’s call to action on cultural competency training and the issue of whether to increase the responsibilities of paralegals and other alternative service providers.

“And, putting aside whether incumbents or new benchers were elected, pretty much everybody includes access to justice as among the issues that they want to address,” he said. “I think just generally the quality of candidates, and the candidates who were elected, was quite high. So, what it means is we can continue our work and know that the law society is in pretty good hands.”

Jamie Maclaren, who was elected to his fourth term as bencher, said his first impression of the results is “they show the power of incumbency.”

“Bencher elections are a funny thing. I guess it is the same as any election, you would like to believe we are being elected on the issues but it is more likely we are being elected on name recognition and profile,” he said. “But I will be somewhat selfish in taking this as a mandate to increase our access to justice efforts and to be more action-oriented around that issue.”

However, both Maclaren and Greenberg acknowledged concerns over voter turnout. Only 30.5 per cent of eligible voters in the Vancouver district cast a ballot, with turnout of 36 per cent in the Westminster district and a 50.4 per cent in the Cariboo district.

Maclaren said he feels the low turnout was more attributable to lack of engagement by the public, and that lawyers may look upon the law society as a source of discipline and regulation rather than a policy body.

“There is some logic to that, but certainly there is an issue with disengagement, in Vancouver at least,” he said. “It’s an online election so you think that would promote or produce greater turnout, but that hasn’t been the case. So, we need to find ways as a law society to re-engage members and to make them understand we are a body that makes important decisions about general policy matters in the public interest, not just on disciplinary matters.”

Greenberg said the turnout was disappointing, but added he felt it was in part a reflection that “lawyers are busy people and they have got a lot on their plate.” He said the law society is always trying to increase engagement and awareness in their work.

“It is not good to have low turnout, but to some extent when we do have high turnout it is because there is something that has aggravated lawyers,” he said. “I wouldn’t want to characterize it as a good news story, because having higher turnout and better engagement is a good thing, but at least we know that people are not voting out of anger.”

Maclaren said he expects the collegiality around the bencher table to continue, but benchers will not be afraid to confront divisive issues.

“I think that is important — the issue of licensing paralegals to represent people is certainly something that divides the membership to some degree,” he said. “But I think the benchers have all been willing and able to confront that head-on and move with some haste on that issue. So, I think that collegiality will continue I expect, but at the same time not a group that is afraid to confront issues.”

Greenberg said the bencher table as a whole “may not quite reflect the makeup of the province or even the profession,” but its diversity has improved over the past few years. He noted the majority of elected benchers are now women and Karen Snowshoe, the law society’s first Indigenous woman bencher, was returned to office.

“So overall, we are getting more diverse, and it is very helpful to have that representation so people can see a bencher table that looks like the profession and to have those voices on issues,” he said.

The four new benchers are Julie K. Lamb, Chelsea Dawn Wilson, Tom Spraggs and Lisa Feinberg. Greenberg said they will likely find the work “extremely demanding but very rewarding at the same time.” He added they will experience a steep learning curve and should rely on other benchers for advice and guidance.

“And so they will likely have lots of questions — I certainly did when I joined,” he said. “They will be debating issues now that have been discussed and policies that have been developed over years. But they shouldn’t be shy about asking questions because there is a lot for them to learn in a short period of time to come up to speed and really get their bencher legs under them, so to speak.”

If you have any information, story ideas or news tips for The Lawyer’s Daily please contact Ian Burns at Ian.Burns@lexisnexis.ca or call 905-415-5906