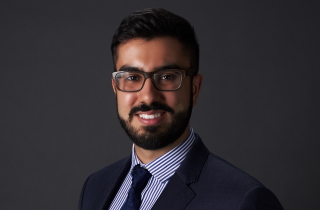 The Law Society of Ontario’s (LSO) recently approved budget, which reduced fees for lawyers and paralegals, was lauded by Convocation’s Audit and Finance Committee as “responsible.” However, not all lawyers agree.

Nima Hojjati, chair of the law society’s Equity Advisory Group (EAG), told The Lawyer’s Daily that the fee reduction was a “missed opportunity” to assist access to justice and that the profession should have been consulted.

Hojjati explained that the amount of money captured by this reduction would have resulted in an over $6 million surplus for the law society, which could have been used to help fulfil the regulator’s “statutory public interest and access to justice mandates.”

“This $6 million could have been used properly and fulfilled that mandate instead of giving a refund to the licensees in 2020,” he said, calling the reduction “self-serving.”

The EAG chair’s concern with the fee reduction highlights a bigger issue he sees with law society fees in general, which is that the flat fee model used by the regulator is “deeply unfair” and a high financial burden is placed on licensing candidates.

The flat fee model means fees for lawyers are the same, regardless of their year of call or their income, Hojjati explained.

“If you make five figures [or more], and no matter how many years you practise, there’s only one flat fee, which is $2,066 next year. Inside of this there are categories of reduced fees, but these categories are arbitrary and they’re pretty restrictive. For example, they go from 100 per cent, which is what most people pay, to 50 per cent for people who are employed, but aren’t practising law. And then for people who are retired or they’re not working, it’s 25 per cent of the fee they have to pay. All this brings us to this number that the law society calls the full fee equivalent, [which is paid by] 44,000 people,” he noted.

Hojjati stressed that because of the categories for reduced fees, even the flat fee model is not applied equally across the board, which creates an “unfair” model.

However, he said an even more frustrating issue is the financial strain placed on licensing candidates by the current fee model.

“They went from around $2,000 to what’s now $4,700 from this year’s budget,” he added, explaining that the increase in fees was due to the introduction of the LPP.

“A few students may be lucky enough to get placements in the LPP that might pay them, but the assumption going in is you’re not going to be paid going into the LPP and you have to pay additional tuition. So the law society decided that we need to subsidize this program, but instead of having lawyers subsidize the program, they decided to have students subsidize it for other students,” he said, stressing that instead of placing this strain on licensing candidates, lawyers fees could be increased by a small amount to shift that burden.

Hojjati explained that the hefty fee placed on licensing candidates is made even worse because law tuition fees can be over $100,000, layering a financial burden on people just starting out in their legal careers.

As EAG chair, Hojjati said he keeps himself well informed, but he didn’t realize the fees were being cut until it was brought before Convocation.

“This is kind of frustrating because the agenda was released just a few days before the actual Convocation, so there was kind of a flag raised in the agenda, but there was no time to do anything about it. And there was nothing to do about it either because no consultation has been asked for and no one is being invited to participate in this decision,” he added, noting that the $135 fee reduction could also have been used to help reduce the fees for licensing candidates.

“I’m just so frustrated at what a wasted opportunity this has been because if we had worked together, if we had all put our minds together, we could have taken that $6 million so far,” he stressed.

Hojjati hopes that members of the profession appreciate that the fee reduction “isn’t a good thing.”

“Obviously, the best case scenario would be that there would be no fees and we can all be members of the law society based on our work and on our education, but the reality is there are fees and until we have a fair system it’s wrong for us to give advantages to categories of people who don’t need that advantage because we’ve placed other categories of people, such as licensing candidates, at a disadvantage. Until we can have a fair system, we shouldn’t be going around rewarding categories of licensees that don’t need that reward right now,” he concluded.

Law society spokesperson Susan Tonkin said the reduction in fees is “an outcome of a change in budgeting approach that more closely reflects the organization’s planned spending for 2020.”