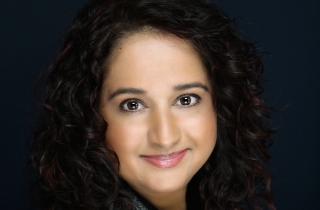 The Law Society of Ontario’s (LSO) Convocation approved several motions regarding changes to the Law Society Tribunal’s Rules of Practice and Procedure, amendments in principle to bylaws regarding money laundering, as well as approval of the Legal Information and Resource Network (LIRN Inc.), which will continue the work of the former LibraryCo Inc. to deliver legal information and library services to licensees.

Isfahan Merali, chair of the Tribunal Committee, presented an overhaul of the Rules of Practice and Procedure on Nov. 29, noting the committee’s goal is to have an “independent, modern tribunal, [with] flexible approaches and best practices for designing administrative justice, as well as a solid structure and language for the rules.”

Merali stressed that the new rules are “more user friendly and flexible.”

“They are clearer and use plain language and allow for the greater use of written processes, active adjudication and technology, all of which reflect best practices in the tribunal world,” she said, noting the rules haven’t been completely rewritten since 2009.

Merali highlighted the first rule, which sets out a “modern values-based approach that is at the heart of the new rules.”

“It’s intended to guide the exercise of discretion by tribunal adjudicators and to clearly communicate the ‘why’ behind the tribunal’s actions to those who appear before them. The rule establishes seven purposes: fair processes, timely determination of proceedings, clear and understandable processes, flexibility in processes, facilitating agreement and resolution, transparency and finally, effective participation for licensees and licence applicants,” she said, emphasizing that the tribunal works in the public interest.

The chair also noted that the change that led to the most extensive discussion in committee, and which stakeholders have expressed varying views, was “the previous proposed change to the rules on admissibility of evidence.”

When the new rules were first presented to Convocation in February, there was much debate about moving from the tribunal’s current approach, which is applying the civil rules of evidence, to “one that more resembles the approach set out in the Statutory Powers Procedure Act, which is applied on other administrative tribunals across Ontario,” Merali explained.

As a result of that discussion, the rules were tabled at that time, so the committee could review the issue. Merali said that after further discussion it was decided that the rules would “retain the tribunal’s current approach to evidence, the civil rules.”

“This will give the new tribunal committee a fair opportunity to review and further consider the issues around the tribunal’s approach to evidence at some point in the future, if they wish,” she added.

Merali also noted that at the February Convocation, bencher Teresa Donnelly raised the issue of accommodating vulnerable witnesses, which was taken into account by the committee.

“These rules set out the ability of the tribunal to accommodate vulnerable witnesses by allowing a support person to sit near the witness in the hearing room, or the witness to testify behind a screen, or on video so they cannot see the licensee,” said Merali, noting the tribunal can also “modify the way a witness may give evidence or be cross-examined.”

Another issue highlighted by the chair was the complete rewriting of the tribunal’s rules on public access to tribunal hearings and materials.

“It makes clear that privileged, or possibly privileged, documents are automatically not public and explicitly states that children and sexual misconduct complainants’ identities are not to be made public,” she stressed.

“Of interest to many, the new proposed rule 13.4 include specific considerations for departures from openness and capacity proceedings, recognizing the special privacy considerations when health is a main issue in the proceeding,” she said, adding the tribunal will move toward capacity remedies in conduct hearings, which allows the tribunal another way in which to modernize its approach to mental health.

“The new proposed rule for 14.3 permits the panel, in a conduct application on consent of the parties, to deal with matters that would otherwise be the subject of a capacity application,” she explained, noting this will allow the tribunal to take a “more flexible approach to capacity matters that come to light during a conduct proceeding.”

Convocation approved the motion to adopt the new rules, which will come into effect on Jan. 1.

Convocation also approved, in principle, amendments to the law society’s bylaws 7.1 and 9 to “adopt changes that have been made to the Model Rules to Fight Money Laundering and Terrorist Financing approved by the Federation of Law Societies of Canada.”

“Money laundering and terrorist financing have become a serious international criminal problem that represents a threat to domestic and global safety and security and compromises the integrity of the financial system,” noted Jacqueline Horvat, chair of the Professional Regulation Committee.

According to the committee’s report on the matter, law societies have insisted that the tools used to fight money laundering “must recognize and comply with the fundamental principles of solicitor-client privilege and the independence of the bar.”

The report noted that when the federal government’s proceeds of crime legislation was amended to apply to lawyers, the “Federation of Law Societies of Canada, on behalf of provincial and territorial law societies, responded with a two-pronged approach: i. It challenged the legislation as unconstitutional; and ii. It enacted rules to guard against lawyers becoming involved in money laundering or terrorist financing, which continue to protect solicitor-client privilege and the independence of the bar.”

“In many respects, this approach has been successful. In 2015, the federation’s challenge to the federal legislative regime was upheld and lawyers are excluded from its application. This has ensured that privileged information continues to be protected from state seizure and that licensees have not become agents of the state engaged in the secret provision of client information to government agencies,” the report added.

The report also noted that in 2016, the federation established an “Anti-Money Laundering and Terrorist Financing Working Group, which then engaged in a review of the federation’s Model Rules and the regime that law societies have enacted to combat money laundering and terrorist financing.”

“In 2018, the working group proposed a number of amendments to the Model Rules to ensure that they remain effective tools in this fight,” it added.

Horvat stressed that: “Moving forward with approval in principle is an important step to bringing our requirements in line with other Canadian law societies, most of whom will have adopted the Model Rule amendments by early in the new year, with other professionals who are regulated under the federal regime and with international lawyers who are subject to similar requirements.”

This transition will require a new board of directors as well as an amended and restated Unanimous Shareholder Agreement. However, according to Convocation materials, the transition from LibraryCo “will not affect the funding currently provided by the law society to manage the county law library system.”