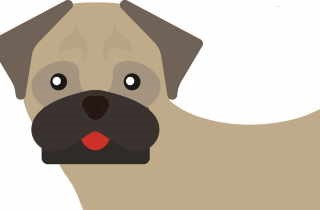 Why death row dog Punky should head to Supreme Court

We the lawyers for Team Punky, Canada’s death row dog, are working hard to try to get this unprecedented case about a “dangerous dog” heard at the Supreme Court of Canada. I wrote two earlier articles about the important animal law case of Punky Santics: Getting Punky off death row and How Punky the dog got to Supreme Court.

On Sept. 23, 2019, we filed an SCC leave to appeal application in what is undoubtedly one of the most important animal law cases in Canada. We argued in our leave application that Punky’s case is of national importance, that animals matter a great deal in society and how integral it is for animals to have access to justice.

I teach animal law at the Peter Allard School of Law at UBC in Vancouver with my co-counsel, Amber Prince and following the August 2019 decision from the Court of Appeal, we had to make a significant last-minute change to our animal law syllabus just in time for September 2019 classes.

We removed all other “dangerous dog” cases under required readings as the Santics case is currently the leading case that sets out what the law is in B.C.

Since 2006 in B.C., it has been somewhat routine, depending on the facts, for defence lawyers to obtain a conditional release order even though a dog was found to be dangerous, he or she could still be released on conditions largely due to the leading case of Capital Regional District v. Kuo [2006] B.C.J. No. 1953. That case confirmed that provincial court judges could make conditional orders, though I had cases before Kuo where conditional orders were also granted.

Kuo solidified the availability of conditional orders in dangerous dog cases. Most cases in animal law are not reported (and like many lawyers I also often manage to settle my cases behind the scenes) so there’s not much of a body of case law to go on, but please see the dog destruction case of R. v. Whittle [2005] B.C.J. No.2833 as an early case example of conditional orders being granted.

Significantly, in my 20-plus years of defending dogs, I have not had a single one of my clients’ dogs reoffend after being safely released into society, so the system, while not perfect, was working. Dogs’ lives were spared. The B.C. Court of Appeal has now stated in Santics that provincial court judges do not have jurisdiction to make a conditional order short of destruction upon finding that a dog poses an unacceptable risk.

Interesting to note that it was not Susan Santics who raised the issue as to whether or not provincial courts had jurisdiction to release dogs deemed dangerous, but the City and interveners keyed in on same.

Our SCC appeal therefore addressed the importance of provincial courts’ jurisdictional powers regarding conditional orders as well as the appropriate test to be applied in animal destruction cases and of course, underlying it all, principles of animal welfare, equity and state power. Cases like Punky’s are foundational for animal law, social justice, the value of an animal’s life and companionship.

Dangerous dog cases involve life and death. We are not referring to destruction of simple property such as a microwave oven which is completely replaceable, at stake is the destruction of a unique, sentient, irreplaceable being.

Punky Santics is Canada’s everydog and his appeal to Canada’s top court is groundbreaking for animal law in Canada. I continue to receive e-mails and phone calls from concerned Canadians coast to coast and from folks internationally asking about Punky’s welfare and how they can help “save Punky.”

Our client recently started a petition on change.org to raise awareness and she's obtained many signatures. Without a doubt, Punky’s case shows us that animals matter and people are willing to do whatever it takes to save their sentient companion animals, including arguing at Canada’s top court.

Punky’s animal law case underscores principles of social justice, access to courts for animals, animal welfare and the law, the rights of animals and the high value society places on an animal’s life. (Please see my earlier piece on access to justice for animals: It’s possible.)

Now we wait and hope that the SCC says that leave has been granted and we can argue for both Punky’s life and broader underlying foundational animal law principles in Ottawa. Please stay tuned. #A2JForAnimals.