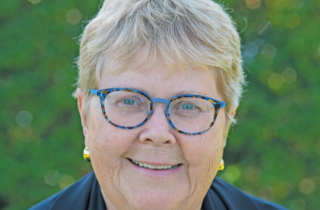 The chair of the Law Society of B.C.’s licensed paralegal task force said things are progressing slowly but surely as it works to fulfil its mandate to identify opportunities for the delivery of services by paralegals in areas where there is unmet legal need.

In March, benchers struck the task force to identify those areas of need, to consider the scope of service that they could provide and what credentials they would require. The idea of licensing alternate legal service providers has been an issue of significant debate both inside and outside the law society. 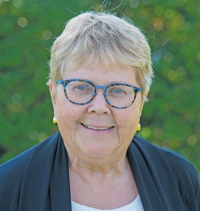 Trudi Brown of Brown Henderson Melbye, who serves as chair of the task force, said projects like these “move more slowly than what one might imagine.” She noted members have spent a lot of time looking at various systems in different locations, such as Ontario and Washington state, and what they are currently doing is “trying to figure out what the scope [of paralegals’ possible duties] could be and where that unmet need is.”

To assist with this, Brown said the task force has sent questionnaires to “as many self-help and community groups that we could come up with,” asking where they see the biggest need is and where lawyers are not available.

“I would say we have had less than enthusiastic responses so far but I know it is a busy time for everyone, so we are giving them a bit more time. I’m hoping we will get more so that we can analyze those and drill down where are those areas of unmet need,” she said. “And then what I see is we need to have the benchers of the law society agree to where paralegals would be of assistance — and after that we would start what I would call stage two, which is to figure out what training do we need to get them into a position where they can do that work.”

Brown said the sense that the task force gets, and what she personally gets from talking with people, is there are significant gaps to be filled “and I think contrary to the position most lawyers took last year, there is still a belief that paralegals can play a role.”

“And one of the things we need to recognize is that we have notaries in B.C. who do a huge amount of work, sometimes in competition with lawyers, which is why there is more sensitivity than there would be in other places,” she said. “A lot of lawyers think they are eating our lunch, although I personally don’t believe that.”

Brown said, if one looks at Washington’s Limited License Legal Technician (LLLT) program where paralegals were trained to do family matters, “they actually said what that would target is people in the $70,000 to $100,000 income range.”

Brown presented an update to law society benchers at their Dec. 6 meeting. Law society communications officer David Jordan said there were no recommendations or motions to vote on.

“The committee is consulting with the public and the profession and will take whatever time they need to get it right,” he said. “There is not a timeline for recommendations or decisions.”

Brown said the task force will be meeting again in January.