Ryerson University on Dec. 16 announced the appointment of Donna E. Young as the founding dean of the Faculty of Law.

According to Ryerson’s press release, Young, with more than 26 years in the legal academy is an experienced leader who shares the university’s commitment to innovation, diversity and access. Her tenure at Ryerson will begin on Jan. 1, 2020.

“I am delighted to welcome Donna to the Ryerson community and excited to see her vision for the Faculty of Law come to life,” said Michael Benarroch, provost and vice-president, academic, Ryerson University. “Donna brings with her an incredible breadth of experience and expertise, and the university looks forward to reimagining the future of legal studies under her direction.” 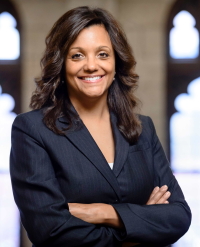 Young returns to Toronto to join Ryerson from Albany, N.Y., where she is the President William McKinley distinguished professor of law and public policy at Albany Law School, the oldest independent law school in the United States. She also holds a joint appointment at the University at Albany’s Department of Women’s, Gender and Sexuality Studies. A trailblazing educator and respected scholar, Young’s work focuses on criminal and employment law, federal civil procedure and gender and race studies.

“I am thrilled to join Ryerson as founding dean and I am honoured to have been asked to be part of the team that has been building this dynamic and innovative legal program,” said Young. “Working with new colleagues to integrate the new law school into the life of the university is a rare opportunity. This is the most important, challenging, and exciting opportunity I have ever pursued and I can’t wait to start.”

As an active member of the American Association of University Professors (AAUP) Young has been invited to consult with faculties and administrators at institutions around the United States on matters involving faculty governance, academic freedom and due process, and the dynamics of gender and race on university campuses. She holds a B.Sc. (Honours) in psychology from the University of Toronto, an LL.B. from Osgoode Hall Law School, York University, and an LL.M. from Columbia University School of Law, where she was also an associate in law.

No stranger to Toronto or the Toronto legal community, Young is a first generation Canadian raised in North York, the daughter of parents from Jamaica and Belize. Before entering the academy, she worked in litigation at Toronto’s Cornish Roland Barristers & Solicitors, at the Ontario Human Rights Commission, and in the legal department of the City of New York Mayor's Office of Labor Relations.

She has been a fellow at Cornell Law School’s Gender, Sexuality and Family Project, and a visiting scholar at Osgoode Hall Law School’s Institute of Feminist Legal Studies. In Rome, she was a consultant at the International Development Law Organization and a visiting scholar at the Faculty of Law at the University Roma Tre. She has worked on development projects in Sri Lanka, Uganda and Mexico.