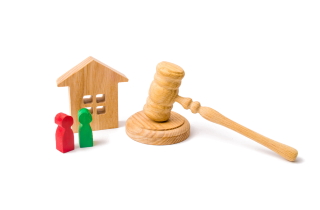 It has often been said that small claims court was intended to be the “people’s court,” where members of the public could represent themselves in respect to minor civil disputes, thus ensuring the public’s access to justice and providing a means by which parties could settle their differences without the sometimes prohibitive costs of the representation of lawyers. This was and to some extent still is the nature of small claims court as members of the public are still able to represent themselves in civil actions and obtain resolutions to their issues.

However, the court has evolved over the years with the commencement of the paralegal profession and the steadily increasing monetary limits of the small claims court which years ago was restricted to claims up to $6,000 and has increased over the years to $10,000, then $25,000 and as of this year increased again to $35,000. While parties can still represent themselves before small claims court, with the increase in the monetary limit has come the potential for substantial financial losses and increased complexity of the matters being adjudicated on.

It is due to this increase risk and complexity that the importance of paralegals in the system should be considered.

This position is illustrated by the case of Kaur v. Singh [2015] O.J. No. 3304 when discussing the problems arising when an individual represents him or herself and perhaps doesn’t present their defence as well as they should. The court in this case said:

“11 Taking into account that the Defendant is self-represented, I will explain my findings in as simple language as possible so that he understands the ruling of the court. In order for a court to make an unbiased, sound judgment, it must be based upon evidence; that is “real evidence” that is demonstrably before the trier of the fact at the time.

“12 One of the essential ingredients in the trial is for a judge to make careful observation, not only of what a witness is saying in evidence, but the manner of the person’s demeanor. Having said that, in my observations, and based upon the exhibits provided, I have no reason to disbelieve the evidence given by both the Plaintiff and her husband.

“13 The Defendant complains that despite the fact that both the Plaintiff and her husband told the court that the funds withdrawn from their Bank of Montreal account were given to him, this is still not sufficient evidence upon which the court can conclude that the monies were given to him. This would equally apply to the two, $500 advances given when Defendant initially arrived in Canada and then went off to Montreal.

“14 In reviewing the bank statements filed as an exhibit at trial, it is clear that the Plaintiffs had significant funds in their account and certainly there was no reason for them to kite cheques as alleged by the Defendant. I do believe that the Plaintiff and her husband treated the Defendant as “family” in advancing him funds, to help him get on his feet in Canada. The Defendant, himself, made it clear that he had no money and had to resort to social assistance. The Plaintiff and her husband believed that bulk of the money they advanced to the Defendant, was used to retain his immigration lawyer in Quebec.

“15 It is for all of the reasons above, that I find that the Plaintiff has proven her Claim, certainly beyond a preponderance of evidence.”

As suggested, sometimes the matters before the small claims court can be complex, dependent on the presentation of the right evidence or subject to the proper presentation of the applicable law to the circumstances before the court in order to properly defend a claim or to successfully make a claim. Because of this, paralegals and small claims court can be a very good fit.

Kevin Hodge is a paralegal at Kevin Hodge Professional Corporation. Contact him at 905-218-3526 or e-mail at info@mississaugaparalegal.ca.