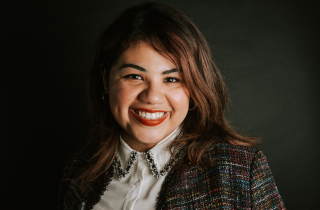 A solo practitioner has filed a petition calling on the Law Society of Ontario to review its annual fees, saying high fees are unsustainable for many members of the legal profession.

Elsa Ascencio started the petition because the frustration she was feeling as a young community lawyer was echoed by her peers, many of whom are struggling to pay off student debt as well as meet their financial obligations to the regulator.

“The stories that I’ve been getting are pretty much consistent,” she said, explaining that other lawyers have told her that they’ll be either getting a part-time job, on top of their legal practice, in order to pay off their fees, or leaving social justice work to find more gainful employment in the corporate sphere.

“A lot of folks are just honest and said ‘I just put the burden on the client, charging them an extra x amount in order to offset the costs for me to pay the law society,’ ” she added, stressing that this doesn’t assist access to justice.

“I felt that something needed to be done,” she said. 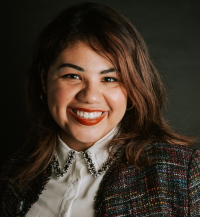 Ascencio’s petition notes that the LSO’s fees are “extremely high” and an “unrealistic cost.”

The petition requests that the LSO’s Audit & Finance Committee reconsider the fee structure and alter it to reflect “the current realities of lawyering in 2020.”

According to the petition, fee issues facing the legal profession are: “If a lawyer and paralegal is unable to pay for the annual fee under a lump sum, they can pay under a monthly plan but it will incur costly admin costs; Monthly fees cannot be paid via credit card but directly from the chequing account; thus assuming the funds are already available for the lawyer & [sic] paralegal (this option applies if you can’t pay lump sum annual fee); Junior lawyers and senior lawyers pay the same flat fee structure. We ask to reconsider into a progressive fee rate.”

Ascencio said the “heavy burden” of maintaining her licence with the law society is impacting her work.

“Right now, I do a lot of community work, but the blunt reality is now I’m looking into another high paying job,” she said, noting that her shift away from her chosen field of practice is due to high fees, student loans and the costs of everyday life, such as housing.

“That for me is the consequence of all this. Essentially, something that could have been an innovative practice is now being parked to the side while I look for more robust, financially stable employment. It’s frustrating because I do think there is a lot of room in the industry for innovation, but the financial obligations tie you to the norm,” she added.

Ascencio believes paying the law society’s fees is not only challenging for young lawyers, but lawyers who work in social justice, non-corporate lawyers and solo practitioners. She noted the high cost of living in urban centres, such as Toronto and Ottawa is a factor that should be considered as the price of rent and food continues to increase. She sees the law society’s fees being a concern for lawyers with under 10 years of practice because of the impact of law school tuition rates. 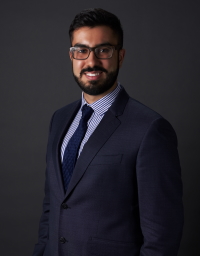 This issue was also raised by Nima Hojjati, chair of the law society’s Equity Advisory Group, last year when the LSO approved a new budget that reduced fees for lawyers and paralegals, but not licensing candidates.

However, licensing candidate fees remained the same at $4,710 for lawyer candidates and $1,140 for paralegal candidates.

At that time, Hojjati told The Lawyer’s Daily that the flat fee model currently used by the law society is “deeply unfair.”

“Obviously, the best case scenario would be that there would be no fees and we can all be members of the law society based on our work and on our education, but the reality is there are fees and until we have a fair system it’s wrong for us to give advantages to categories of people who don’t need that advantage because we’ve placed other categories of people, such as licensing candidates, at a disadvantage,” he said.

Hojjati’s concerns with fairness and access to justice are also concerns for Ascencio, who sees the cost of LSO fees trickling down to clients when lawyers can’t afford to make their rates more affordable.

“I think the public needs to be aware of the issues facing the lawyers who, in theory, want to help them,” she said, adding that “lawyers can’t offer affordable rates if we have financial obligations that are so unrealistic.”

LSO spokesperson, Susan Tonkin, said in a statement that the LSO “offers a number of payment options, as outlined on the website, including credit card payments made through the Law Society Portal and in-person.”