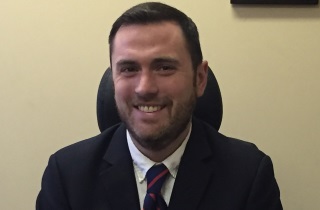 Individuals in Newfoundland and Labrador looking for legal advice — but not necessarily looking to hire a lawyer — are getting a helping hand from the province’s legal community. Legal clinics launched in the St. John’s area in 2016 have expanded outside the capital city to Gander and Grand Falls. Further expansion is planned for this year.

The clinics, organized by the non-profit Public Legal Information Association of Newfoundland and Labrador (PLIAN), offer participants the opportunity to meet with a local lawyer at no charge. Lawyers volunteer their time.

It’s an approach that resonates with both the community and the profession. “We had full slates every time,” said Vanessa McCarthy, a lawyer with Rebecca Redmond MacLean Law Office PLC Inc., in Gander, who has organized two legal clinics for PLIAN in her region.

“At least some advice and some consultation with a practising lawyer is better than none at all,” said PLIAN executive director Kevin O’Shea in St. John’s. “There is a benefit to that for people looking to represent themselves.”

The clinics, which attracted approximately 25 people at each session in Gander-Grand Falls, provide information and insight on wide range of issues from complicated family matters to civil suits, wills and estates and business concerns. Lawyers are assigned to participants based on their areas of expertise, McCarthy explained. “People in the [legal] community are so willing to donate their time.”

The legal clinics were the brainchild of the Newfoundland and Labrador Access to Justice Steering Committee, formed in 2013 to share information, develop partnerships and promote access to justice initiatives in the province. According to the Department of Justice and Public Safety, the legal clinics have assisted more than 300 participants, with numbers increasing monthly. Seventy-three volunteer lawyers, articling students and law students, have donated 259 hours of legal services. As well, legal information sessions have been held across correctional centres in the province.

The legal community’s willingness to lend a helping hand, at least in part, is a recognition that access to justice is an issue often reflected in increasing numbers of self-represented litigants. While specific numbers of SRLs are hard to determine, “anecdotally we see the [upward] trend,” said O’Shea.

That trend is reflected in increasing numbers of callers to PLIAN’s legal information line and its lawyer referral service. In 2018-2019, more than 3,000 individuals used those two resources, and most of those were self-represented litigants, said O’Shea. This fiscal year, he added, the numbers are on pace to exceed the previous year.

A number of factors are driving the increasing numbers of SRLs in this country. According to the National Self-Represented Litigants Project, 50 per cent of individuals in family court are self-represented, 30 to 50 per cent in civil court and roughly 30 per cent in the appellate court. No jurisdiction is immune.

One common factor driving the increase in SRLs is the cost of legal services. That is true of clinic participants in Newfoundland and Labrador, said McCarthy.

O’Shea noted that for some individuals the first step in handling their legal problem was to hire a lawyer, but as issues dragged out they could no longer afford to retain their lawyer.

The public’s increased access to information is also a factor. McCarthy pointed out that a culture shift, particularly the digital revolution, is contributing to a greater number of people looking to represent themselves. “Thirty years ago people would not have sought out information on their own. That can be great. It can also be risky.”

Newfoundland and Labrador also has issues specific to the province that lead to greater self-representation. Paramount among those are geography and demographics. Access to lawyers, especially in rural and northern parts of the province, is often very limited, noted O’Shea.

Another challenge is the lack of a traditional partnership with a local law school. Newfoundland and Labrador does not have one. “Law school is an obvious link to establish a legal clinic. We’ve been building from scratch,” O’Shea said.

The building continues. The Law Society of Newfoundland and Labrador has committed to provide PLIAN $100,000 a year for the next three years. The money will be used to hire an additional legal information co-ordinator to meet increased demand from the legal information line and lawyer referral service, both of which will have expanded hours.

As well, said Brenda Grimes, the law society’s executive director in St. John’s, a core services travel fund will be created with a commitment that PLIAN staff travel to every region of the province to carry out presentations, conduct outreach and hold legal clinics at a minimum of once a year.