Justices Michael Moldaver and Sheilah Martin and Chief Justice Richard Wagner were at the core of most Supreme Court of Canada majorities in 2019, an analysis of the nine judges’ voting patterns by The Lawyer’s Daily reveals.

For litigators interested in knowing how the individual judges voted in the court’s 67 judgments (not counting motions) in 2019, our look at the 45 cases in which the court divided discloses that these judges most often formed part of the majority (including their concurring votes): Justice Moldaver (88 per cent of the time), Justice Sheilah Martin (86 per cent), Chief Justice Wagner (84 per cent), and Justices Malcolm Rowe (75 per cent) and Andromache Karakatsanis (73 per cent).

Justice Clément Gascon, who dissented just once (and then only in part), was arguably the most majoritarian judge in 2019. He was part of the majority in 96 per cent of the 27 split judgments in which he participated. However, he participated in considerably fewer judgments than his eight colleagues because he did not sit on any appeals last March — an unremarked fact that emerged when The Lawyer’s Daily reviewed the court’s archived hearings for 2019.

When it came to the top court’s written jurisprudence, Justice Moldaver spoke most often for the court — writing, or co-writing, 10 majority judgments in 2019. His prolific record was almost matched by Chief Justice Wagner, who wrote or co-wrote nine majority or unanimous judgments; Justice Gascon, who stepped down from the court on Sept. 15, 2019, but still wrote eight majority decisions in 2019; and Justices Côté, Brown, Rowe and Martin who each wrote or co-wrote seven majority or unanimous judgments (For a summary of each judge’s voting records and highlights of their judgments, see below).

Some highlights from each judge’s contributions in 2019:

Richard Wagner: In his second year as chief justice, he signed a memorandum of understanding with the Justice minister to secure the court’s administrative independence and budgetary control, and led the court to sit outside Ottawa for the first time in its history (in Winnipeg) — an outreach that won popular praise. His leadership and administrative responsibilities at the court, and his other roles as chair of the Canadian Judicial Council, the National Judicial Institute and the advisory council for the Order of Canada, did not stop him from carrying a full jurisprudential load: he wrote one unanimous judgment and eight majority judgments (four jointly). A solid majoritarian since joining the court in 2012, the chief justice is also unafraid to shake up the legal status quo.

He was one of the seven co-authors, along with Justices Moldaver, Gascon, Côté, Brown, Rowe and Martin, of the majority ruling which rewrote the standard of review framework in Canada (Minister of Citizenship and Immigration) v. Vavilov 2019 SCC 65; Bell Canada v. Canada (A.G.) 2019 SCC 66.

Other judgments he penned last year included: Frank v. Canada (Attorney General) 2019 SCC 1, which struck down the rule preventing citizens from voting in federal elections if they’ve been living outside Canada for more than five years; Orphan Well Association v. Grant Thornton Ltd. 2019 SCC 5, which held that insolvency professionals are bound by valid provincial environmental cleanup laws during bankruptcy; and R. v. Myers 2019 SCC 18, which held that automatic detention reviews are required after 90 or 30 days for people in remand.

Justice Abella agreed with the majority’s view of the proper outcome in 72 per cent of the split cases on which she sat (28 of 39 cases). She dissented 11 times, and wrote, or co-wrote, eight dissents and two concurrences (half jointly).

Some of those dissents and concurrences — for example, a vigorous concurrence co-written with Justice Andromache Karakatsanis arguing against expanded correctness review in the Vavilov administrative law “trilogy” are must reads.

The University of Toronto graduate, who has 39 honorary degrees, was awarded the Rose Wolfe Distinguished Alumni Award by her alma mater in 2019 in recognition of her outstanding achievements and dedication to charitable and social causes.

Michael Moldaver: The former star defence counsel from Toronto has been a pivotal force at the court since he was elevated from the Ontario Court of Appeal in 2011. Last year was no different for the court’s criminal law leader who wrote or co-wrote the most majority judgments in 2019. He voted with the majority in 35 of the 40 split cases in which he participated.

His written oeuvre for the majority spanned both civil and criminal cases, including: R. v. K.J.M. 2019 SCC 55, which held that Jordan’s time limits on trial delay apply in youth court; R. v. Barton 2019 SCC 33, a massive judgment which stressed the importance of eradicating prejudice from sexual assault trials, while it provided guidance on the “rape shield” and other difficult issues in sexual assault cases; and R. v. Morrison 2019 SCC 15, the court’s first constitutional pronouncement on the crime of child luring.

Andromache Karakatsanis: Ontario’s former deputy attorney general, who rose to the peak of the public service before joining the Ontario Court of Appeal and being elevated to the high court 2011, had a banner year in 2019. She wrote 15 judgments, including some memorable dissents and concurrences in Vavilov, Barton, K.J.M. and R. v. Poulin 2019 SCC 47 (she argued for a more expansive view of an offender’s s. 11(i) Charter right to be sentenced to “the lesser punishment”) that provided powerful counterpoints to the majority’s thinking.

She sat on 44 split cases — more than anyone else — and voted with the majority in nearly three-quarters (32) of those cases.

The five majority judgments Justice Karakatsanis wrote included R. v. Goldfinch 2019 SCC 38, which provided further guidance on the rape shield and stressed that the admission of sexual history evidence must be carefully circumscribed.

She also wrote R. v. R.V. 2019 SCC 41, again elaborating on the purpose, scope and application of the Criminal Code’s s. 276 process for controlling the admission and use of evidence of a complainant’s sexual history in trials.

Another majority judgment was Canada (Public Safety and Emergency Preparedness) v. Chhina 2019 SCC 29, holding that persons detained pursuant to the Immigration and Refugee Protection Act (IRPA) may seek habeas corpus review in superior court when the detainee contends that the detention’s length, uncertain duration or conditions are illegal.

Clément Gascon: Justice Gascon, the very hard-working former senior commercial litigator from Montreal who wrote many of the Supreme Court’s civil law decisions after he was promoted from the Quebec Court of Appeal in 2014, co-wrote with Chief Justice Wagner a municipal contracting law decision described by one expert as revolutionizing the law: Montréal (Ville) v. Octane Stratégie Inc. 2019 SCC 57.

In 2019, Justice Gascon also wrote Barer v. Knight Brothers LLC 2019 SCC 13, which interpreted the indirect international jurisdiction rules specified by the Civil Code of Quebec and settled a controversy among Quebec legal authors and judges over when a Quebec resident submits to the jurisdiction of a foreign court.

Another novel majority judgment he penned was Salomon v. Matte-Thompson 2019 SCC 14 — the Supreme Court’s first pronouncement on lawyers’ standard of care in advising clients — and the nature and scope of lawyers’ professional liability — when they make referrals to others.

Suzanne Côté: The ex-senior commercial litigator, who was appointed to the court straight from the Montreal bar in 2014, has dissented more than anyone else over the past five years, including on leave to appeal applications — a previously rare occurrence at the highest court. But she also writes for the court. In 2019, Justice Côté co-wrote the Vavilov majority ruling, which incorporates significant elements of her thinking on standard of review.

In 2019 Justice Côté also wrote, or co-wrote, half of the Supreme Court’s six unanimous judgments, including two that vindicated Canadians’ civil liberties.

Fleming v. Ontario 2019 SCC 45, held that police, in order to prevent an anticipated breach of the law by others — such as violence during a demonstration — cannot use their common law ancillary power under the Waterfield doctrine to arrest someone who is neither doing, or planning to do, anything illegal.

Kosoian v. Société de transport de Montréal 2019 SCC 59, emphasized the importance of authorities knowing, and complying with, the law and stipulated that people are not required to comply with illegal police requests, including that they identify themselves.

Russell Brown: The ex-University of Alberta law professor and torts treatise author who was elevated from the Alberta Court of Appeal in 2015 continued his prolific ways last year. He wrote, or co-wrote, 10 dissents (only three were lone), three concurrences which he was joined in two by other judges and seven majority judgments.

With Justice Moldaver, Justice Brown co-wrote the military law milestone, R. v. Stillman 2019 SCC 40, which held 5-2 that military members charged under the National Defence Act for serious criminal offences committed in Canada do not have the right to trial by jury — overturning a Court Martial Appeal Court Charter ruling that would have gutted the court martial system.

With Justice Martin, he wrote R. v. Le 2019 SCC 34, which excluded from evidence a gun and drugs that were seized from a racialized man in violation of his s. 9 Charter right to be free from arbitrary detention.

Malcolm Rowe: The international law expert and ex-Newfoundland Court of Appeal judge who joined the court in 2016 after private practice and senior roles in the public service, including as clerk of the Executive Council and secretary to the cabinet of Newfoundland and Labrador, voted with the majority in three-quarters of the split judgments in which he participated last year (27 of 36 cases). He wrote seven unanimous or majority judgments and six dissents and concurrences.

He penned the unanimous judgment in 1068754 Alberta Ltd. v. Québec (Agence du revenu) 2019 SCC 37, which upheld the validity of a formal production demand, under Quebec’s tax administration law, for banking records at an Alberta bank branch where there was an account for a customer being audited by the Quebec Revenue Agency for taxes possibly owed in Quebec.

He also wrote R. v. Penunsi 2019 SCC 39, the unanimous decision that the Criminal Code’s bail provisions — and by necessary implication the power to arrest — are applicable, with necessary modifications, to defendants facing peace bond applications.

Sheilah Martin: Having succeeded Beverley McLachlin in late 2017, the former University of Calgary law dean and ex-Alberta Court of Appeal judge voted with the court’s majority in 86 per cent of the split cases in which she participated (31 of 36 appeals). She dissented just five times.

Of Justice Martin’s written judgments, nine of 10 were either concurrences, majority or unanimous opinions. The one lengthy (partial) dissent she authored in 2019 was unanimous in spirit since, although the judges diverged on the case’s outcome, all seemed to subscribe to Justice Martin’s articulation of the law governing admission of after-the-fact conduct as circumstantial evidence of causation and intent: R. v. Calnen 2019 SCC 6.

A 6-3 judgment authored by Justice Martin, and hailed by the defence bar, was R. v. Rafilovich 2019 SCC 51, which held that sentencing judges generally should not order an offender to repay, by way of fine in lieu of forfeiture, the proceeds of crime that he or she has already spent, with court authorization, on reasonable legal defence costs.

With Justice Côté, Justice Martin co-authored the 9-0 judgment in Bessette v. British Columbia (Attorney General) 2019 SCC 31 which ruled that persons charged in B.C. with motor vehicle and other provincial offences have the right to be tried in French, on request — ending the practice of offering only English trials for provincial offences. 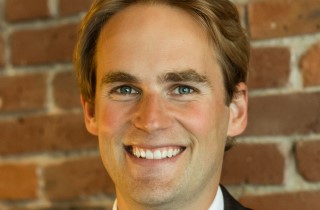