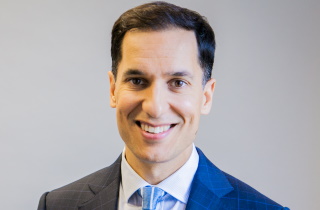 Thirty-two immigration lawyers in all regions of Canada, and some of their staff, including a number of lawyers and staff who speak Farsi and Ukrainian as well as English, stand ready to donate their time and expertise to provide assistance to bereaved family members with immigration-related legal issues, including providing initial legal consultations, reviewing visa applications and advising persons on their immigration status, the Canadian Bar Association (CBA) announced Jan. 22.

“As they’ve done in the past, such as following the earthquake in Haiti or the tsunami in Thailand, members of the CBA’s immigration law section are offering their time and expertise to help those affected by this tragedy,” CBA president Vivene Salmon said in the announcement.

“The loss of these individuals ripples out and touches communities both within Canada and abroad,” Salmon noted. “Tragedies such as this are hard enough to deal with when they happen domestically, when you’re familiar with the laws and the language. When you add distance, uncertainty over Canadian immigration law, and language barriers, it just makes an already difficult time even harder.”

The latest CBA move is part of the immigration bar’s demonstrated track record of pro bono work and volunteerism, which includes such initiatives as assisting distressed persons in the aftermath of natural disasters and political upheaval in Sri Lanka in 2005, Haiti in 2010, the Philippines in 2013, as well as helping Syrian refugees in 2015 and deploying hundreds of lawyers to Canadian airports in 2017 to advise travellers affected by U.S. President Donald Trump’s travel ban targeting certain Muslim-majority countries.

“Immigration lawyers generally I would say are attracted to this area of law ... out of a humanitarian impulse … to really help people, especially vulnerable people from differing cultural backgrounds,” remarked citizenship and immigration law specialist Ravi Jain of Toronto’s Green and Spiegel, who has organized the initiative in his role as chair of the CBA’s immigration law section.

Jain suggested a pro bono ethos is part of the DNA of many immigration lawyers. “I think it’s in their professional nature to want to help people who are in need,” he said of the bar’s latest volunteer initiative. “We just know how complex the [immigration] system can be, and some people do try to navigate it on their own, or unfortunately they get the wrong kind of advice,” he explained. “And we just felt it can avoid problems down the road if they just get the right kind of advice from the get-go.”

Many of the immigration legal services the lawyers are providing will be travel-related, but “we’re not going to be overly restrictive,” he said. “[We’ll help] if you’ve been impacted by this tragedy in whatever way.”

For example, a dependant of a deceased passenger may need to submit a humanitarian application for permanent residence in Canada.

“We don’t know what the situations are of course, but we’re just saying if you have immigration queries or concerns in whatever your situation is, then we’re here to help you,” Jain said.

(Non-immigration law-related issues, such as civil lawsuits, or estates matters arising out of deaths are outside the scope of the CBA’s pro bono immigration law initiative.)

“Essentially what we thought was that it would be potentially helpful for victims’ family members to be able to get strategic legal advice” — including on issues related to entering or leaving Canada or Iran, Jain said.

He noted the Iranian government takes the position that Iranian-Canadians who are dual citizens are Iranian only.

As well, for any funerals held in Canada, family members in Iran will require visitor visas to attend which may raise some legal issues. A lawyer could provide advice, for example, if the would-be visitor is retired, or does not have significant assets in Iran, or otherwise can’t otherwise demonstrate significant ties to Iran. “Visa officers are sometimes concerned that people are going to come [here] and make refugee claims,” Jain advised. “So [we can provide advice on] how do we disabuse them of that; [on] what kind of evidence would be helpful for that.”

Jain pointed out there might be Iranians here on student or work permits who want to go to Iran temporarily to attend a funeral, comfort their relatives, or visit the site of the tragedy. “They may not even realize they need to get a visa to come back.”

Another situation that might arise could involve an Iranian national who is awaiting a decision from the Canadian immigration department on his or her application for an extension of a study or work permit (i.e. the person might have “implied status” to continue working or studying in Canada in the meantime).