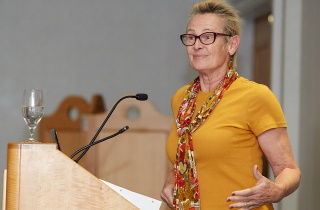 Vexatiousness is a worrisome problem for self-represented litigants (SRLs), according to a new report from the National Self-Represented Litigants Project, established to explore the needs and challenges of SRLs in Canada. “Vexatiousness is used to get rid of self-represented litigants. Sometimes it’s conscious,” said Dr. Julie Macfarlane, a law professor at the University of Windsor and co-author of the report.

Vexatious litigants are deemed by a judge to be abusing the court system, and such a designation effectively bars an individual from accessing the court. “This is a very well-established tool that has always been around to create efficiencies in the court system [but] self-represented litigants change everything,” said Macfarlane.

One of the significant changes identified in the new report, Self-Represented Litigants & Legal Doctrines of “Vexatiousness”, is the deliberate use of vexatiousness by some lawyers to successfully resolve their case. “Amongst some parts of the bar there is a strategic use of vexatiousness. They know they are pushing on an open door,” said Macfarlane.

“Some lawyers would think they should take the opportunity,” she added, “but it is unfair.”

The study, which analyzed more than 350 family and civil law cases up to 2017 and 2014, respectively, also identifies the use of vexatiousness in situations where abuse is not the issue. “Vexatiousness rules are used to penalize people who are genuinely confused,” said Macfarlane.

According to the report, considered interim because further data is being analyzed, just under half of the formally designated vexatious litigant cases were also identified as falling within the “procedural fairness” parameter established by the study. Cases falling in this category are those indicating the SRL has a less than full understanding of legal and court procedures and, as a consequence, makes errors.

However, the study team also created the title “vexatious lite” to refer to SRLs not officially designated as vexatious by the court but the judicial language used in these instances includes terms such as “process abuse” and identifies SRL “failures.” Judicial language in these cases often suggests generally abusive or otherwise inappropriate behaviour by an SRL, even where they are not formally designated as a vexatious litigant. “There are all sorts of almost Dr. Phil-like statements from the bench,” said Macfarlane.

The University of Windsor law professor recommends a number of steps taken to help address the issue of vexatiousness and self-represented litigants. First, a high-level legal understanding of vexatiousness in the contemporary context is required, she said. “There is a need to take a hard look at the vexatiousness rules. Do you need a new standard?”

With respect to helping self-represented litigants and minor procedural issues, Macfarlane would like to see judges assisting individuals rather that letting them flounder. “We do see some courts in some parts of Canada going with this,” she said, noting that some judges open court with an explanation of what will happen and ask if there are any questions.

Macfarlane has support for this second recommendation from the Supreme Court of Canada. Pintea v. Johns 2017 SCC 23, a landmark case handed down in 2018, rejected the premise lawyers and SRLs enter the judicial arena on an equal footing.

In Pintea, the court also formally endorsed the Statement of Principles on Self-represented Litigants and Accused Persons adopted by the Canadian Judicial Council in 2006. That statement states the courts and other participants in the justice system have a responsibility to promote opportunities for all persons to understand and meaningfully present their case, regardless of representation.