Newfoundland and Labrador (Attorney General) v. Uashaunnuat (Innu of Uashat and of Mani-Utenam) [2020] S.C.J. No. 4

Appeal from a judgment of the Quebec Court of Appeal dismissing the appeal by the Attorney General of Newfoundland and Labrador (“AG NL”) of the dismissal of its motion to strike the claim filed by two Innu First Nations (“Innu”) seeking an injunction and damages against the defendants in relation to an open-pit mine located on lands over which they asserted a right of exclusive use and occupation. The Innu claimed to have occupied a traditional territory they called the Nitassinan, straddling the border between Quebec and Newfoundland and Labrador, since time immemorial. They, along with other claimants, filed suit in the Superior Court of Quebec against the defendant mining companies, asserting a right to the exclusive use and occupation of areas of the Nitassinan lands affected by an open-pit mining project, known as the IOC megaproject. The Innu alleged that the IOC megaproject was built without their consent, and they invoked a host of environmental harms which have impeded their activities, including hunting, fishing and trapping rights, and deprived them of the enjoyment of their territory. The mining companies filed a motion to strike portions of the Innu’s claim on grounds that they concerned real rights over property situated in Newfoundland and Labrador, and therefore fell within the jurisdiction of the courts of that province. The AG NL was granted leave to intervene, and filed its own motion to strike, essentially supporting the mining companies’ arguments. The motions to strike were dismissed in first instance. The trial judge emphasized the importance of considering the Aboriginal point of view, and concluded that this required recognizing that the occupation of land by Aboriginal peoples predated the establishment of any provincial borders. Although some aspects of Aboriginal title and rights resembled real rights, the trial judge declined to characterize the Innu’s action as a real action. He noted that rights recognized and affirmed by s. 35 of the Constitution Act, 1982, were sui generis in nature. The recognition of these rights was ancillary to the two principal remedies sought by the Innu: injunctive and compensatory relief. To succeed in their action against the defendant mining companies, the Innu would have to prove the violation of personal or mixed obligations under arts. 976 and 1457 of the Civil Code of Quebec (CCQ). By virtue of arts. 3134 and 3148 par. 1(1) CCQ, the Quebec courts had jurisdiction to hear the case. Only the AG NL appealed this decision. The Court of Appeal affirmed the trial decision and dismissed the appeal.

HELD: Appeal dismissed. The provisions of the CCQ in respect of private international law should be interpreted in a manner consistent with the Constitution. Where s. 35 rights were at stake, Book Ten must be interpreted in a manner that respected constitutionally recognized and affirmed Aboriginal rights and treaty rights, and that took into account access to justice considerations, which were protected by s. 96 courts. In the absence of legislative direction, when characterizing an action, it was the nature of the rights at stake and the conclusions sought that must be considered. The courts in this case characterized the action as “mixed”. They properly appreciated the unique nature of s. 35 rights and, with due caution, considered those rights and the conclusions sought through the appropriate CCQ analysis. Section 35 rights are a central part of the Canadian constitutional order, providing the constitutional framework to both acknowledge the historical fact that Aboriginal peoples lived on the land prior to European settlement and reconciling that fact with Canadian sovereignty. Reconciliation, the fundamental objective of the modern law of Aboriginal rights, engaged the honour of the Crown. The honour of the Crown required a generous and purposive interpretation of s. 35 in furtherance of the objective of reconciliation. The sui generis nature of s. 35 rights flowed from both their historical and cultural origins as well as their status as constitutional rights. Owing to its origins in the special relationship between Indigenous peoples and the Crown, Aboriginal title had unique characteristics that distinguished it from civil law and common law conceptions of property. Aboriginal title was inherently collective and existed not only for the benefit of the present generation, but also for that of all future generations. These features were incompatible with property as it was understood in the civil law and common law. As such, disputes involving title should not be resolved “by strict reference to intractable real property rules” but rather must also be understood with reference to Aboriginal perspectives. Aboriginal title was therefore properly characterized as neither a personal right nor a real right nor a combination of the two. The motions judge and the Court of Appeal were right to find that, absent a special provision referring specifically to declarations of s. 35 rights, arts. 3134 and 3148, para. 1(1) CCQ established the jurisdiction of Quebec courts. The Innu’s claim was a non-classical “mixed” action, and it was logical that a Quebec court should have jurisdiction over both aspects of the claim. The Superior Court of Quebec had jurisdiction over the claim and the appeal was dismissed. 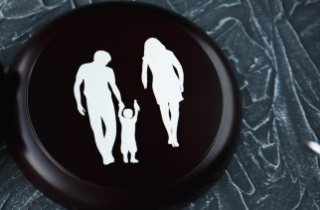