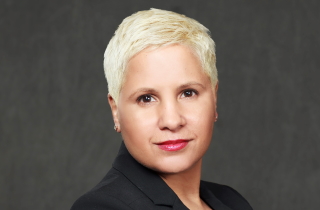 Numerous legal organizations have voiced their concern, disappointment and alarm over two motions regarding the Law Society of Ontario’s (LSO) Equity Advisory Group (EAG). One motion calls for the censure of an EAG representative, while the other asks Convocation to consider the “advisability” of maintaining a group such as EAG. The motions will be debated by Convocation on Feb. 27.

EAG assists the Equity and Indigenous Affairs Committee (EIAC) with the “development of policy options for the promotion of equity and diversity in the legal profession.” It includes individual members, as well as organization members such as: the Arab Canadian Lawyers’ Association; the Canadian Association of Black Lawyers (CABL); the Law Students’ Society of Ontario; and the Federation of Asian Canadian Lawyers.

The first motion states that an “EAG representative has egregiously disrupted the accepted practice of EIAC in that the EAG representative a. Deliberately disregarded the EIAC practice of resolving disputes and disagreements within the EIAC not long after a gathering of EIAC at which said representative was in attendance, and b. Published on Twitter a serious and highly damaging allegation against a specific bencher without identifying the bencher, c. Thereby seriously impugning the integrity of all benchers and Convocation, and infringing the privileges of Convocation.”

Bencher Jared Brown, the motion’s seconder, confirmed that the EAG representative mentioned in the motion is the “chair” of that group. According to EAG’s website, its chair is Nima Hojjati.

Cheryl Lean confirmed to The Lawyer’s Daily that she is the “specific bencher” mentioned in the motion.

The second motion notes that at an EIAC event, which occurred on Jan. 16, 2020, in the form of a Talking Circle, “EAG representatives were permitted to speak while several non-Committee member Benchers were not permitted to speak.”

The motion stresses that while “EAG has a limited mandate to assist in the governance of the LSO, neither it nor its representatives take precedence over the statutory mandate of Benchers.”

The motion asks that “EIAC is hereby directed to recognize the right of all Benchers to attend, to participate and to speak at EIAC committee meetings and other EIAC events,” and that “a committee of Benchers be appointed by Convocation at its next regular meeting to i. study the question of the advisability of according to non-benchers the privilege of regular attendance and participation at meetings and other events of the Committees of Convocation. ii. Study the advisability of creating and maintaining a standing group of unelected advisers such as the EAG.”

Pending the report of this committee, the motion states that “EIAC shall conduct its meetings without the regular attendance and participation of unelected persons, except for the purpose of allowing such persons to submit reports requested by the EIAC or make submissions to the EIAC, as permitted by the EIAC.”

Both motions were moved by bencher John Fagan, a member of the Stop SOP slate, and are dated Feb. 6.

The Canadian Association of Black Lawyers (CABL) wrote on Twitter that it was “disappointed” by the current state of the law society “where the experiences of our members were questioned, where diversity has become a dirty word and open dialogue on issues is avoided in favour of motions to silence our voices even more.”

“Whether it is or isn’t, it definitely feels like this is an interpersonal matter that’s gotten bigger and it’s eliminating the work that’s been done for the last 20 years,” she said, noting that over the years the law society has recognized it’s “not necessarily reflective of the diverse population of lawyers and licensees that it represents” as well as the public.

Thomas, who is CABL’s representative at EAG, said the second motion is “very discouraging” and seems to indicate that the movers “don’t want to hear from diverse groups.”

Thomas would like the benchers to consider all the groups involved with EAG as well as the Indigenous perspective before they make a decision on the motions.

“The idea that in this day and age with Truth and Reconciliation, to then say ‘we don’t want to hear from you’ seems contrary to the progress the law society has made in the last five or six years,” she added.

Thomas said the EAG is sending a letter to Convocation about this matter and that CABL is doing the same.

She explained that CABL will be asking the benchers to “really strongly consider this drastic action to eliminate a group that’s been around for 20 years because of one incident between two people that is neither reflective of either EAG, the history of EAG, and is not reflective of the benchers on a whole, I would assume.”

CABL’s president hopes that the situation will “cool down” enough for there to be an “open dialogue.”

“I think one of the things that we can do is use these opportunities to really talk about how we can come together instead of finding ways to pull everything apart,” she said, adding that she hopes the benchers consider the “overall long-term effects of these decisions” and what they say about the law society.

“What does it say about those individual benchers and how in history will we look back and see these times? I think that’s an important way to have some internal reflection before anyone does anything on or offline,” she explained.

Brown, speaking on behalf of himself and Fagan, said the motions were brought forward because “in light of recent events, it became clear that there was a governance and accountability issue that was occurring within the deliberative processes of Convocation.”

“These motions are to address an obvious governance and accountability issue that has arisen at Convocation and while others would want to characterize these motions as being about an equity issue, that’s not in fact what they’re about at all,” he added.

Brown noted that the EAG “participates in Convocation’s deliberative process,” but it “does not have any accountability, either electorally or pursuant to any sort of code of conduct.”

“And that is a real issue of governance that needs to be studied and examined,” he explained.

Brown said that there’s “no other committee at the law society that has an outside group that participates as a full participating member in the committee.”

“Clearly we have an issue here where we have groups participating who don’t have the same accountability as the other participants in those processes,” he added, stressing that benchers are elected and are subject to a code of conduct, while “staff that participate in the committee’s structure are also accountable to the organization as employees.”

Brown noted that “it’s not what was tweeted, it’s that the Equity Advisory Group tweeted something that happened at the deliberative process at Convocation.”

Shakir Rahim, a vice-chair of Demand Inclusion, told The Lawyer’s Daily that his organization is “alarmed by the motion proposed by benchers at the LSO to silence the voices of legal organizations who represent diverse lawyers at the Equity and Indigenous Affairs Committee.”

“We believe that effective deliberation and debate is inclusive, diverse and reaches out to all members of the legal community,” he said, adding that “it sends a chilling and revealing message about what is happening at the LSO: a campaign to take the profession back to a time where diverse lawyers had no place at the bar.”

“We are very concerned with the Law Society of Ontario censuring individuals, and especially those involved with equity and diversity issues. We hope that the law society works to overcome systemic barriers faced by minorities instead of working to limit or otherwise restrict EDI initiatives,” Aaron Bains, president of the South Asian Bar Association of Toronto, told The Lawyer’s Daily.

The Ontario Bar Association (OBA) stated on Twitter that the LSO benchers “continue to invite debate on the existence of systemic racism, and the importance of diverse voices and data collection in solving it” and that at the OBA “the debate is over.”

“The OBA values evidence. We know systemic racism is a problem and the advice of lawyers with lived experience is critical to solving it. Together with our diversity program partners, we are ready to move the markers and to give the equality conversation a productive home. We are ready to step up,” the OBA added.

The Roundtable of Diversity Associations (RODA) said via Twitter that it was “troubled” by the motion “being put forward on very short notice” to “eliminate equity partners’ voices from the discussion.”

“The dismantling of equity is not free speech or democracy, it is regression,” RODA added.

“The first step in eradicating it is to first listen and learn from those most affected. The CLA is alarmed by and condemns the Fagan/Brown motions at @LawSocietyLSO that seek to censure and exclude the views of diverse groups,” it added.

The Women’s Legal Education and Action Fund (LEAF) stated on Twitter that it was “deeply disappointed” by the motion “which is entirely dismissive of the role of equality-seeking voices in advancing the LSO’s duty to protect the public interest.”

“Like we said on Twitter, we are concerned about how a motion like this seems to disregard one of the Law Society of Ontario’s mandates, which includes protecting the public interest. Public interest encompasses having meaningful participation and input from members of the broader public, not just elected benchers of the law society,” said Rosel Kim, a staff lawyer at LEAF, in an interview with The Lawyer’s Daily.

“I think that the law society has to ensure that the representation of public input is reflective of the diversity that we have in our society,” she added, noting that the LSO should “invite input from equality-seeking voices and groups, which represent the public interest.”

“I think that’s what’s interesting is that those who have positioned themselves as governance experts in the past and who are champions of the code of conduct for benchers are interestingly silent on this particular motion, which would purport to erect the same accountability structures for the Equity Advisory Group,” Brown said.

LSO treasurer Malcolm Mercer and Hojjati declined to comment on the motions.