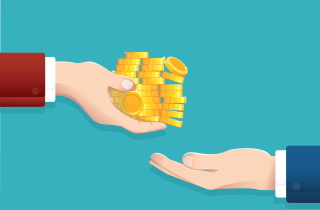 A number of commonwealth countries have sought to hold third-party funders accountable for funding unmeritorious cases. In the U.K., the courts have explicitly considered a third-party funder’s liability to pay costs where the third party backed an unmeritorious case. The courts have articulated a test that seeks to find the right balance between two competing policy objectives: not leaving a defendant with an unenforceable cost award versus the need to improve access to justice.

We can envision a situation where a claim is brought by an impecunious plaintiff, supported by a third-party funder. The claim is eventually dismissed and the defendant is left without the ability to recover costs against this plaintiff. The third-party funder is untouched by a costs order, while the defendant is left holding the bag. As implausible as this may seem, this is what happened in the U.K. case of Arkin .v Borchard Lines Ltd & Ors [2005] EWCA Civ 655. The case stands for the proposition that a third-party funder must assume the costs of any case it chooses to fund, but that the amounts should be limited to the quantum of the funder’s investment and no more. In reaching this conclusion, the Court of Appeal weighed the importance of access to justice against the need for successful defendants to be able to recover their costs.

By contrast, courts in Canada have yet to consider the issue of what costs should be payable by third-party funders nor, more importantly, have they articulated a test that would allow for an order requiring a third-party funder to pay costs. While courts have statutory and inherent jurisdiction to award costs against non-parties, the legal test is far too stringent to hold third-party funders accountable.

Interestingly enough, the legal authority that allows courts in the U.K. to award costs against a non-party is almost identical to that which is found in the various judicature acts of the common law provinces of Canada. This is not surprising given that it was inherited from the U.K.

In Ontario, s. 133 of the Courts of Justice Act bestows both statutory and inherent jurisdiction on a superior court to award costs against non-parties. However, unlike the U.K. where costs are awarded against non-parties, the Ontario Court of Appeal has articulated a legal test that limits when a court can award costs against a non-party: see 1318847 Ontario Ltd. v. Laval Tool & Mould Ltd. 2017 ONCA 184.

A court in Ontario may only award costs against a non-party in two situations. First, as it relates to its statutory jurisdiction, costs may be awarded against a non-party where the intention, purpose or motive of the non-party in putting the named party forward was to avoid liability. This is often referred to as the “person of straw” test. Within the context of third-party funding, however, the problem is that the financial arrangements that underlie the relationship are not intended to avoid liability. Therefore, this statutory jurisdiction of a court is unlikely to be exercised against a third-party funder. There is sufficient distance between the third-party funder and the plaintiff to avoid the application on the person of straw test.

Secondly, the court’s inherent jurisdiction over costs from non-parties is to be exercised in cases of gross misconduct, vexatious conduct, or conduct by a non-party that undermines the fair administration of justice. Again, as currently articulated, the legal test is unlikely to apply to a third-party funding arrangement. These arrangements are purely commercial and are intended to facilitate litigation, not obstruct it.

As a result, absent direct control of the plaintiff by the third-party funder or some abuse of process, neither the statutory nor the inherent jurisdiction of a court under Ontario’s s. 133 allows a court to assess costs against a third-party funder. The same conclusion can be reached in a number of other provinces, including B.C. and Alberta where the legal test is the same as Ontario.

A standard response to accountability concerns regarding third-party funders is that funding agreements are, by nature, very conservative. Funders usually only accept cases where the possibility of success is above 70 per cent. Also, anecdotal evidence provides that more than 90 per cent of all cases that apply for third-party funding are rejected. While this may be true, it remains that the decision by a third-party funder in Arkin v. Borchard Lines Ltd & Ors was made in this very context and, had it not been for the court’s intervention, the defendant would not have been able to recover costs against the impecunious plaintiff. Thus, while there may be practical realities that dissuade a third-party funder from accepting unmeritorious cases, this is not a legal response to the legal eventualities.

Another response to this concern is that most third-party funding agreements contain indemnification provisions in favour of a plaintiff in the event that costs are assessed by the courts. This response is also unsatisfactory: it leaves the successful defendant in a situation where its ability to recover costs is contingent on the solvency of a third-party funder and the goodwill of a third-party funder that may or may not decide to honour the agreement. Clearly, there has to be a legal means for the courts to hold third-party funders directly accountable for funding unmeritorious cases.

For the most part, the tests set out by courts in Canada impose high thresholds that will not permit courts to award costs against third-party funders. Unless costs can be internalized, third-party funders will not be in a position to properly consider the full consequences of their decisions.