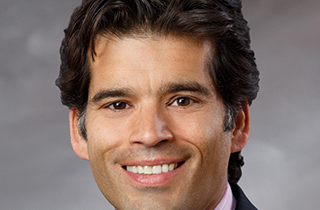 Alberta’s recent budget funding package for the Ministry of Justice and Solicitor General is meeting mixed reactions from observers in the legal community, who are saying the government’s focus on targeting things like rural crime is positive but could have a cascading effect across other sectors of the justice system.

The Ministry’s operating expense for 2020-21 is $1.4 billion, which holds the line on spending while addressing platform obligations and recent wage arbitration. The government is planning to introduce more digitization in the justice system, including the Justice Digital project aimed at modernizing courtroom operations with electronic records and business processes becoming the norm.

“We are moving away from paper records to digital forms and e-courts to save nearly one million court visits, two million hours and over $400 million in the first five years,” said provincial Finance Minister Travis Toews in his Feb. 27 budget speech. “This will result in improved justice capacity and the ability to focus resources on the front lines.”

In addition, the scope of programs funded under the provincial victims of crime fund will expand to include public security priorities, with a targeted $70 million in funding by 2022-23. This will be partially paid for through an increase, from 15 per cent to 20 per cent, to the provincial fine surcharge that funds victims of crime programs and will now include public safety priorities. The public security division, which deals with contracts with the RCMP and Indigenous policing in the province, will see a slight drop in funding in this year’s budget but is on track to receive $552 million in 2022-23, which is up from $522 million in 2018-19.

A new police funding model will inject more than $286 million over the next five years into frontline rural police service. Small and rural communities, which previously did not pay for frontline policing, will now pay a portion of their policing costs. More than 500 RCMP officer and civilian positions in rural communities across the province will be added, to deal with what Justice Minister and Solicitor General Doug Schweitzer has called a “crisis” in rural crime.

“The students will start on July 2, and to fulfil our government’s promise to ensure rural Albertans are better served by the justice system, they will be placed in a variety of locations,” said Schweitzer. “Articling students will receive valuable and practical experience and will help Crown prosecutors focus on higher priority files, making our justice system faster and more efficient.”

However, the Ministry is facing cutbacks elsewhere. Resolution and court administration services, which will see its funding remain steady in this year’s budget, is facing a planned cut of $35 million by 2022-23. Legal services and the Alberta Crown Prosecution Service will also see less money in their coffers.

Ola Malik, president of the Canadian Bar Association, Alberta Branch, said he respects the fact the government was elected on a platform of cutting spending, but added such changes “can often be irreversible and lead to unintended consequences.” Along with a number of other judicial organizations in the province, the CBA lent its name to an open letter which said there is a “crisis” in the provincial justice system, noting funding of the infrastructure and support services that make Alberta’s justice system work, such as court buildings, administrative staff, prosecutors and legal aid, have been steeply in decline despite the province’s fast-growing population.

“Everything is interrelated in the justice system,” he said. “We certainly supported this push on rural crime, so we certainly understand from a public policy perspective why they would want to hire more Crown prosecutors and articling students. But from our perspective we need to make sure we have adequate services.”

Graham Johnson of Edmonton’s DDSG Criminal Law said there is room for efficiencies in the justice system but what he has seen so far is the cuts have been made in a way that exacerbate the inefficiencies. He said targeting things like rural crime are positive, but echoed Malik in saying the justice system is made up of interconnected parts.

Another area where inefficiencies are being seen is in legal aid, said Johnson.

“It is legal aid’s mandate to assist people who are at risk of incarceration, but I think under pressure from government and legal aid being seen to be fulfilling their mandate,” he said. “There is now a requirement that every single person not in custody who is applying for legal aid has to first get an opinion from a lawyer confirming there is a risk of jail before they are granted coverage, so you see files being adjourned endlessly while people try to navigate the system.”

Johnson said there are a “million places” where people can fall through the cracks in legal aid.

“You see cases going over and over again in court awaiting legal aid coverage, and everytime something goes over that’s another day where you have to have a Crown prosecutor or court clerk deal with a file,” he said.

Lawyers in the province are already dealing with the Supreme Court’s Jordan decision as well as a 22-week lead time in provincial court, said Malik.

“None of those cases are going to make it to trial or get resolved unless we also have funding of court services [and] we have enough clerks, courtrooms, infrastructure to actually process those prosecutions,” he said. “This is about seeing the big picture — and I think we are there to really remind government that a public policy focus in one area has to be accounted for when you are dealing with funding changes in another area.”

Malik said his message to the government, along with his colleagues, is to “come to us and talk to us early.”

“If there are a number of objectives from a public policy perspective you need to meet, then that is a legitimate government objective,” he said. “All I am saying is let’s have a conversation about how we can accommodate those objectives, and how that is going to impact the system as a whole. I think the bench and the bar are going to have the best bird’s eye view of that, and we are going to be able to come up with some creative solutions and ideas.”