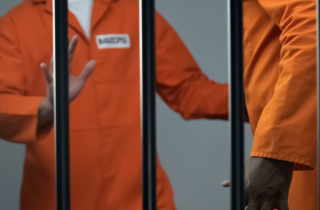 What coronavirus could mean to jail, bail, lockdowns, release

The outbreak of COVID-19, or coronavirus, has been well covered in the media. While the risks associated with the outbreak are not as concerning as many other diseases, the fast spread of a novel virus is a cause for concern. Travel has been affected and many large-scale events have been cancelled or rescheduled in a hope to limit the spread of the virus. One of the most common locations being publicized is the outbreak on various cruise ships.

These outbreaks are unsurprising given the closed quarters and almost impossible task of keeping common areas clean. While simple hand washing is effective against the virus, the sheer number of people sharing a limited space invites the spread of certain illnesses. People often fail to wash their hands while on vacation. They are often eating and drinking throughout the cruise. They share areas like dining rooms and buffet lines without proper sanitary precautions.

Canada’s chief public health officer has gone so far as to suggest to Canadians not to take cruises at the current time unless people are comfortable spending time in quarantine on a ship.

When a criminal lawyer thinks of a place where people are in close contact, sharing close quarters and without the same freedom to control the sanitary conditions of where they are, they think of a jail.

There have been cases in the past where jails have been struck with hard-to-control outbreaks such as gastroenteritis or different forms of influenza. Jails are difficult to keep clean.

Prisoners often do not wash their hands as well as they should. Situations of overcrowding are common and even where inmates are billeted properly, they are in small areas interacting with a relatively large number of other inmates, guards and visitors.

Staff shortages exacerbate this problem by causing more lockdowns. This can limit visits to medical staff to the most critical cases while also limiting inmates’ access to tools to keep themselves clean like showers.

In the past, jails have provided hand sanitizer to inmates to help control infection. Unfortunately, most hand sanitizer contains ethanol, drinking alcohol, and some inmates have improperly used their access to hand sanitizer to become intoxicated and cause further problems. This can lead to a balancing act of controlling infectious disease versus keeping inmates sober and less combative.

If a case of COVID-19 were to be found in a jail, it may need to go into lockdown to control the spread of the disease. This limits the inmates’ ability to access programming to rehabilitate.

This is usually dealt with by judges providing further credit to prisoners for time faced under lockdown. While earned remission of a jail sentence is typically applied at 1.5:1; i.e., an inmate gets three days credit for every two served in pre-sentence detention, many courts give further enhancement where the conditions in the jail are bad.

Recent cases involving the Toronto South Detention Centre, R. v. Persad 2020 ONSC 188 and R. v. Fermah 2019 ONSC 3597, each led to inmates receiving extra credit for the poor conditions in that jail. Jeffrey Persad received 3:1 credit for each day on lockdown while Tal Singh Fermah received a credit of 7:2.5 but for all pre-sentence not just for days on lockdown. The infliction of a psychological trauma such as knowing that you are locked in a facility with an outbreak of a highly transmittable, possibly deadly pathogen, may lead courts to grant further enhancement in credit.

It is the duty of authorities to bring people to court for a hearing including bail, trial or other motions. A person has a right to be at their trial. However, jails may face requirements to limit the travel of inmates to stop the spread of the disease. Bringing a prisoner to court may not be an option.

Prisoners from jail mix with others who have been recently arrested and have not been taken to a holding facility yet, exposing more inmates, more guards and more facilities to the disease. If an infected person interacts with a person who is then released, or even a guard, it could further the spread of the disease.

Most courthouses lack the holding facilities to keep prisoners separate from each other in a case of outbreak.

As a result, courts may have to prefer video links to in-person attendance to limit exposure. In the past, jails have declined to transport prisoners where an outbreak is underway. This can slow the court process and in the age of Jordan timelines may see some individuals going free due to delay.

In R. v. Mercury 2019 ONSC 4585, Justice Jill Copeland found that the conditions in the jail are a factor to be considered in determining the question of bail, specifically when considering the tertiary grounds for detention. Tertiary grounds are where the public may lose confidence in the administration of justice if a person is released given the gravity of the offence as opposed to the primary and secondary grounds which deal with flight risk and risk of reoffending respectively.

Authorities may have to change the way in which detained people seeking bail are dealt with. There should be a stronger push for individuals to be dealt with by video from a police holding cell for bail before the person is taken to a detention centre with an active outbreak.

There will be strong pressures on all parties involved in crafting release terms to deal with individuals in a way to avoid individuals being taken to a detention centre and without having them enter the general population of a facility in outbreak.

Detention may be less likely if a jail is facing an outbreak in order to limit transmission of disease, to lessen impact on accused persons who are presumed innocent and to take into account that the public’s confidence in the justice system is more likely to be affected by people being put into a facility where an outbreak is occurring than by the person’s release.

Another question is how jails will deal with individuals who are released from a facility where COVID-19 is found. The jail lacks a legal authority to continue to detain a person who is granted release or completes a sentence, but health agencies may wish for the person to be quarantined.

Before a person is released, health authorities will have to determine if they wish to exercise their legal process to enforce quarantine and where a person would be housed during that time of quarantine. Facilities such as those set up at CFB Trenton and in Cornwall to deal with travellers returning from stricken regions may see more use before the worry over COVID-19 is over.