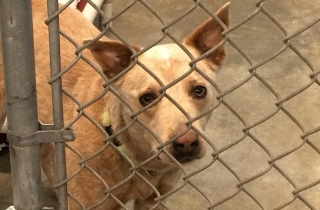 In dogged pursuit of Punky’s Law

Who knew municipal law making happens at 10 p.m. on a Wednesday? Not me.

I had put myself on the speaker’s list at city hall in Vancouver in reponse to a motion I read about concerning dangerous dogs that I believed needed a serious revision before it could help dogs and not inadvertently cause an access to justice for animals problem for dogs and their humans trying to access a second chance and to avail themselves of rehabilitation.

It was finally my turn to speak for exactly five minutes to the mayor and council in chambers after 10 p.m. on Wednesday Feb. 26. I did so, explaining that I was there to stand up for Vancouver dogs and state why I believed a critical revision was in order.

Some background to the municipal motion: In response to the recent leading B.C. Court of Appeal “dangerous dog” case of Santics, where my team and I fought for Punky’s life all the way to the Supreme Court of Canada, I was pleased to see that Vancouver city councillors Pete Fry and Michael Wiebe put forth a members’ motion called Relief and Rehabilitation of “Aggressive” Dog Designation in late February 2020.(Santics v. Vancouver (City) Animal Control Officer [2019] B.C.J. No. 1494).

Prior to the Santics Court of Appeal case in August 2019, courts, largely based on the 2006 British Columbia Supreme Court case of Kuo, would fairly routinely, but not always, issue conditional release orders which meant that a canine who was “dangerous” could nonetheless be released back to a dog owner or guardian on certain safety conditions or restrictions (Capital Regional District v. Kuo [2006] B.C.J. No. 1953).

However, when B.C.’s top court judged the Santics case, it had, for the first time, been able to rule on a case regarding the dangerous dog provisions of the Community Charter and the Vancouver Charter, the court ostensibly clarified the law to say that conditional orders were not possible and stated: “In my view, the overarching question on an application for a destruction order is whether the dog poses an unacceptable risk to the public — that is, whether it is likely, on a balance of probabilities and given the totality of the evidence, to kill or seriously injure in the future,” (Para. 66 in Santics)

The question will be what is an “unacceptable risk.” The court also added that municipal animal control officers could exercise their considerable discretion to “craft particular remedies with the dog’s owner rather than applying for a destruction order.” (Para. 70 in Santics)

It’s clear that B.C. dogs can still avoid a death sentence. I certainly think that should be the aim, given that the death penalty for dogs is way too draconian when a large majority of canines can be rehabilitated, retrained and managed with proper care and insight.

A key point to keeping the public safe is that those on both sides of the leash, the dog and the human, need education and training. The City of Vancouver was responding to the need to give a dog another chance and still keep the public safe.

Therefore, I was glad to see that rehabilitation of “aggressive” or “dangerous” dogs was put into a motion to update Vancouver’s old dog bylaws. When I first reviewed the motion, I agreed with it in principle, but had a strong reservation because oddly enough, the motion excluded veterinarians and others who have been qualified as experts in assessing dogs.

The motion only identified “qualified behaviourists” as those holding a “minimum MSc or PhD in animal behaviour” and thus is overly narrow because we only have a handful of such specialists available to assist dog guardians whereas there are over 1,600 qualified and regulated veterinarians in this province who are well able to diagnose, assess and help modify negative behaviour of dogs deemed to be “dangerous” or “aggressive” — dogs who could be on death row.

In other words, vets should never have been excluded. I shared my concerns about this problem in e-mails and phone calls to councillor Fry, wrote to the mayor and council that there could be an unintended consequence, whereby people cannot access help and therefore justice, in a timely way if the motion would be kept as it was.

One would think, it would be much more expedient to get an appointment with a veterinarian who is trained to understand the physical, mental and behavioural needs and outcomes of dogs. I made it clear to council that I am not representing vets. I am representing dogs as a long-time Vancouver animal law lawyer and adjunct professor of animal law.

It’s straightforward to understand that vets deal with animal behaviour every day; they have to understand dog and other animal behaviour because their clients don’t speak to them (at least not via human language). Another salient issue embedded in the motion is that the law only allows veterinarians to prescribe medication to dogs which is sometimes necessary to help with aggressive dog management.

Dr. Christiane Armstrong is a veteran veterinarian, director for the Society of British Columbian Veterinarians Chapter (SBCV) and a councillor/B.C. representative for the Canadian Veterinary Medical Association (CVMA), serves on the national issues committee of the CVMA and is the current chair for the upcoming revision of the CVMA Position Statement on Dangerous Dogs. She was interviewed with me on radio station CKNW about the proposed motion on Feb. 23, 2020, and stated that there could be pain, neurogenic or hormonal issues that a dog is experiencing which manifests as aggression.

She was very clear that vets should be at the front line to diagnose and treat medical issues and they effectively work with animals to modify behaviour as they are trained to do so. Armstrong said, “We deal with and talk with owners about behavioural problems on a daily basis so it's not like we’re not used to talking about behavioural issues.”

This is part one of a two-part series

V. Victoria Shroff is one of the first and longest serving animal law practitioners in Canada. She has been practising animal law civil litigation for 20 years in Vancouver at Shroff and Associates (604-891-0209). She is also erstwhile adjunct professor of law at the Peter Allard School of Law at UBC and has lectured internationally from India to Galiano Island and is frequently interviewed by media. Follow her at @shroffanimallaw or on LinkedIn.