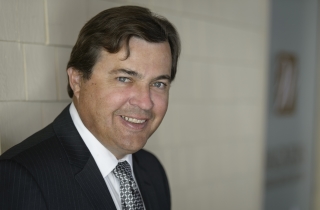 There could be legal challenges to newly passed Nova Scotia legislation shielding the government from class actions by those claiming to have suffered harm from problem gambling, a lawyer says.

Raymond Wagner, of Halifax’s Wagners law firm, says the amendment to the Gambling Control Act will block access to justice for those whose lives have been destroyed by an addiction to gambling — specifically when it comes to the playing of government-approved video lottery terminals (VLTs).

Individuals could take liable action against the ALC or “a casino operator, or a director, officer, employee or agent of either of them” for negligence or omission — the latter being a failure to act on an obligation — but are restricted from claiming punitive or exemplary damages.

The changes are retroactive to 1991, when the VLTs were put in place.

Wagner says outlawing class actions places a roadblock in front of many people who are unable to afford a lawyer, either because they are of lower socioeconomic status or they, through their addiction, have drained their finances — or both.

“The only way that people can actually bring government to task … with respect to the video lottery machines — which is the big issue — is by way of a [class] action,” said Wagner. “Because these people, generally, but not exclusively, [are] of lower economic … strata. They have already, in the most severe cases, lost their house; their family may have broken up; they are financially impoverished. And so, the question is: Where are they going to get the resources to take on something like the lottery corporation or government in an action, individually, in a one-off case? The expert evidence that you’d have to generate to advance your case would far exceed what your hopes are in terms of recovery.”

The legislation could be challenged, he said.

“With respect to any legal challenge, two possibilities arise. The first is the constitutionality of the legislation. The legislation states that ‘… no action or other proceeding lies or may be commenced or maintained …” This raises questions around ambiguity of … retroactive legislation. Although, it appears to prevent any action from being started. The second aspect that could be advanced is the question of whether it breaches [the] Charter of Rights and Freedoms. Is the class of individuals who are addicted to gambling being singled out and their rights erased, thereby discriminating against them?”

Nova Scotia’s move comes as a decision made by Newfoundland’s Appeal Court to green-light a VLT class action against the ALC sits before the Supreme Court of Canada.

And then there is the fact that New Brunswick passed similar legislation late last year.

“A large part of it is the government has become addicted to the revenue they make from gambling,” said Wagner. “And now, seeing the harm, they don’t want to give a portion of that back to those that have been most harmed.”

“It would be one thing to say, ‘Look, from this point forward all those people that are harmed, well, you’re going to have to deal with this new paradigm that you can’t bring a class action.’ That’s one thing, and that’s bad enough as it is. But at least they can understand that. But now we’ve taken away something that you already have, and that is right to bring a collective action for recovery, and to take that away now, retroactively, for all the harms that have been caused, historically, is really a significant hammer on peoples’ rights.”

Wagner said VLTs use “harmful” technology to generate “near misses,” which, for an addict, would trigger the urge to keep chasing the win.

As for Nova Scotia’s government, it has maintained throughout that gambling is a choice, and that taxpayers must be protected from such lawsuits.

“We believe that Nova Scotians should be able to choose whether they want to participate in gaming activities, and that if they do so, they should do it responsibly,” said spokesperson in an e-mail to The Lawyer’s Daily. “The majority of those who gamble do so for entertainment. For those who experience problems with gambling, we will continue to ensure programs are available to those who need them.”