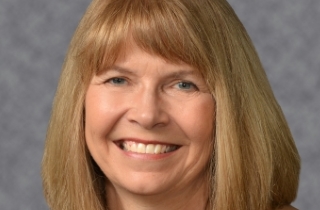 With the ever-increasing costs of legal services placing the hiring of lawyers beyond reach for more and more people, Manitoba’s law society is welcoming proposed legislation that would allow for “limited practitioners” in that province.

On March 9, Justice Minister Cliff Cullen announced proposed amendments to the province’s Legal Professions Act which, if passed, will pave the way for the Law Society of Manitoba (LSM) to designate a category of non-lawyers and allow them to provide a limited scope of legal services.

The LSM would “determine who could be … a limited practitioner, what their scope of work might be, and what training and education would be required,” according to a government news release.

LSM CEO Kristin Dangerfield said such a role is needed for greater access to justice.

“I think it is very much needed in Manitoba [and] I think it is very much needed across the country,” Dangerfield told The Lawyer’s Daily. “Everyone experiences a legal problem at some point in their lives and, depending upon the seriousness of the issue, they may or may not need a lawyer. But certainly not everyone can afford a lawyer. In some instances, people will have access to legal aid but not in every instance, in particular [when it comes to] civil and family law matters, where there is much more limited access to legal aid — if there is legal aid at all. … The cost of legal services is increasing. They certainly quote the statistics, that 85 per cent of Canadians don’t have access to legal advice when they require it. Whether that statistic is accurate or not, there is certainly a demand and a need.”

Dangerfield said the LSM has held consultations with various stakeholders since calling for the amendment in 2018 and, if the bill passes, will conduct further meetings this fall with members of the public, the profession and various other stakeholders in Manitoba’s justice system, including the judiciary and Legal Aid Manitoba.

“In terms of what a limited practitioner will be, it is intended that they will be individuals who are not necessarily practising under the supervision of a lawyer,” she said. “They will be persons who are not lawyers, who would be issued a limited licence by the law society, and they would be permitted … to provide a narrow scope of services to the public in low-risk areas. And they would only be able to do so providing they received whatever education and training the law society determined was necessary. They would be required to comply with any conditions or restrictions set out by the law society.”

Manitoba, like many other jurisdictions, does not have a designation for paralegals, but there is a recognized role performed by those in law firms who assist lawyers.

“There are certainly people that work in law firms who are described as paralegals, and often those are people that have been designated to provide particular services. They might be in a real estate firm, where they are doing a significant amount of transactional work, or they might be in a litigation firm where they are dealing with things like affidavit documents. But, for the most part, we don’t have that as a separate category. People might be referred to as administrative assistants, paralegals — a broad range of things.”

Dangerfield said that while there is currently no educational or training framework for limited practitioners, the LSM has had its attention turned to the issue for some time.

“We had requested these amendments from the province in 2018, and so we’ve continued to do some work in anticipation that eventually they might move forward with the amendments. But we did recognize that we couldn’t do that without some careful consultation with the public, with the profession, with other stakeholders in the justice system to identify … the greatest area of unmet legal needs in the province and how can we address that in a responsible way with no risk to the public.”

“I expect that as part of that process, there may be opportunities for individuals other than lawyers … to provide advice and direction to [those] who are working their way through that system. What I would expect we will do at the law society is to identify, not just individuals, but categories of services where there would be some value to the public in permitting others to provide those services, and then we would identify … what training is going to be required so that people could provide that service in  a safe and competent fashion. We’re really at the early stages of that, but we have been addressing our minds to it for several years.”

She also sees them one day possibly being involved in civil matters, real estate, small claims, residential tenancy disputes and tax matters. However, she said, areas of greater risk to the public, such as child protection and criminal defence, would likely not be suitable for limited practitioners.

In his announcement, Cullen said “the cost of hiring a lawyer is prohibitive” for many Manitobans.

“The current approach to accessing legal advice is limited, with few options available to Manitobans,” he said. “For some people, the cost of hiring a lawyer is prohibitive, meaning they go without the advice they need. Others need some advice and support, but not the full scope of legal services that a lawyer provides. This change enables the creation and regulation of alternative legal service providers to meet the needs of Manitobans, improving access to justice for all.”