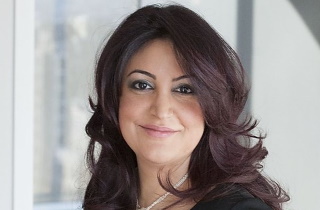 The Quebec law society launched on March 20 a free telephone call-in legal clinic to help citizens with questions they may have regarding their rights and responsibilities in light of the COVID-19 pandemic.

Up to 200 Quebec lawyers from across the province are expected to voluntarily work the phones to reply to legal questions ranging from employment and insurance to mortgage payments and admissibility to federal and provincial aid packages launched over the past week. “We worked tirelessly over the past week with our partners to set up the legal clinic,” said Martine Meilleur, spokesperson at the Barreau du Québec.

The bilingual service, a collaborative effort with the Quebec Ministry of Justice, the legal information broker Centre d’accès à l’information juridique (CAIJ) and the provincial legal aid agency Commission des services juridiques, is expected to be in operation for at least several weeks. Calls by citizens will be screened so that they can be forwarded to lawyers who can reply to their questions, said Meilleur.

In the meantime, after a rocky start, courthouses across the province have suspended the majority of their activities following the provincial government’s declaration of a public health emergency to thwart the spread of COVID-19. The Quebec minister of Justice announced that hearings would be held in camera, and only those persons whose presence is deemed necessary will be permitted to attend — a measure that applies to the Quebec Court of Appeal, Superior Court, Court of Quebec, municipal courts and administrative tribunals.

But in spite of the provincial government’s directive aimed at limiting public access to public buildings, the Montreal courthouse was to the consternation of many in the legal community brimming with lawyers, accused and other parties last weekend and on March 16. There was even a lawyer who had returned from abroad who failed to quarantine himself even though the Quebec government requested that all travellers do so. “It was chaotic, and disorganized,” said Elfriede Duclervil, a Montreal legal aid lawyer. The situation was so dire that 87 criminal lawyers wrote an open letter asking the Court of Quebec and Montreal’s municipal court to respect the province’s emergency guidelines.

The situation has since been remedied, said Lida Sara Nouraie, the president of the Association of Montreal Criminal Defence Lawyers. “The situation is a lot better than it was, and today it’s even better,” remarked Nouraie. “It’s a question of adapting and getting into contact with everyone. The more actors you have, the more complicated it is to put stuff in place. You just can’t close the courthouse overnight. In criminal law, there are matters of urgency, where the rights of people are at stake and have to be respected. The letter helped but so did time.”

What also helped was the creation of duty counsel teams. Numerous criminal lawyers have volunteered to act as duty counsel and as “friends of the court” to help self-represented litigants and those who failed to show up at court to help to adjourn cases, added Nouraie. More effective communication between the courts, defence lawyers and the Director of Criminal and Penal Prosecutions has also helped. Accused who are on bail have been told not to show up in court while those detained have hearings either through videoconference or conference calls.

“What basically was done was to keep matters to the strict minimum of what has to proceed,” said Nouraie. “Urgent matters have to proceed but it is the responsibility of everyone, lawyers and prosecutors, to determine which are the real urgencies and be more lenient on the other stuff by which I mean obtaining bails.”

It also appeared that many in the criminal legal community began to realize by mid-week that the COVID-19 pandemic was far more serious than many originally thought, said Duclervil. “Many lawyers initially downplayed the seriousness of the situation, believing that they were not vulnerable either because of their age or profession,” added Duclervil. “But now the atmosphere in the courthouse is very sober.”

The hiccups that have plagued the Quebec criminal justice system, at least in Montreal, do not appear to have afflicted the province’s civil justice system. The Quebec Court of Appeal, the Court of Quebec and the Quebec Superior Court have adjourned the majority of their activities except for urgent matters.

The Appeal Court has rescheduled all hearings that were to be held between March 17 and April 3, inclusively, whether the hearing was to take place before a panel of judges or a judge sitting alone. In cases deemed to urgent, parties are asked to reach the court’s office and send by fax or e-mail a detailed explanation of the reasons for emergency. If the court does consider the situation to be urgent, then the court’s office will reach out to the parties to determine the date and conditions for the required hearings.

There was an exception. Applications or motions scheduled on the roll of the judge sitting alone in Montreal and Quebec City from March 17-20 remained on the roll and were heard through conference calls, unless counsel or unrepresented parties requested a postponement.

“The measures that were taken are good ones,” said Cérat Lagana. “They were adopted to preserve the rights of people and it does not significantly complicate people’s access to the courts in spite of the social crisis. It’s a very sensible balance that was put in place. Obviously if it lasts a long time then it will have consequences on the justice system just as it will have on all facets of society.”

Cérat Lagana expects technology will play a larger role in the weeks to come.

“Now that we’re in a crisis situation, perhaps it will accelerate efforts to use videoconferencing and teleconferencing and create practices that will remain once the crisis passes.”