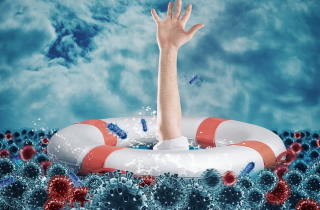 “Business as usual” is a thing of the past. With borders closed to international travellers, economies reeling from government actions in response to COVID-19, and demand for business services at an all-time low because of the pandemic, business across the U.S.-Canada border has slowed to an unprecedented crawl.

Over the past decades, as the business world has integrated and spread out worldwide, we have seen unparalleled success for those businesses that have been able to successfully “go global.” Borders have softened to accommodate trade in goods and services from abroad, allowing businesses to send their best and brightest resources to other mission-critical locations to support business growth and operations. All this despite the availability of electronic resources and technologies, which have been used to increase efficiency, as well as communication between and innovation by workers.

However, the U.S. government has not kept pace with these advancements, struggling to create and to implement electronic systems for doing business and to utilize technologies for streamlining immigration processes. As physical business operations have ground to a near halt in many places in reaction to government restrictions on physical gatherings and the public response to COVID-19, electronic support for immigration processes has never been more critical. But unfortunately — despite U.S. government assurances for the past two decades that it is committed to utilizing technology to make processes easier, more transparent and quicker — the emperor’s new clothes are showing.

For those seeking to go to or stay in the U.S., arcane government processes remain in place; the ugly truth is that government agencies working with immigrant and nonimmigrant workers have failed to go virtual. Nearly a year ago, U.S. Citizenship and Immigration Services (USCIS) announced that it would be implement an “eProcessing”  strategy, aimed at “accelerating USCIS’ transition to a digital business model,” which would “connect previously separate technology systems within the agency to ultimately improve decision timeliness, increase transparency during the application process, and to accelerate the availability of online filing for all immigration benefits.”

But 10 months later, only eight USCIS forms can be filed online, and none of these is normally used for employment-based petitions. USCIS has continued to normally require “wet” signatures and paper-based petitions, applications and requests for nearly all of its most common processes utilized by employers. The result has been ongoing case backlogs and extended timelines for case processing.

Enter COVID-19. Within a week, the entire landscape for business operations in Canada and the U.S. changed. Borders and diplomatic posts shut down, scuttling immigrant and nonimmigrant visa processes and trapping foreign nationals — many of whom have U.S. and/or Canadian business interests and an imminent need to travel for business — outside North America. In the U.S., USCIS has closed its physical offices to the public for the time being, and a government directive published March 17 by the Executive Office of the President states that government agencies should “immediately adjust operations and services to minimize face-to-face interactions.” The directive further stated that “non-mission-critical functions that cannot be performed remotely or that require in-person interactions may be postponed or significantly curtailed.”

In light of the current “America First” mission of the U.S. government, foreign nationals are likely to incur collateral damage. In protecting Americans from COVID-19, the U.S. may unintentionally further damage its business sector by leaving valuable foreign national workers in the U.S. without protection from the immigration consequences of the current chaos. The Canadian government has also indicated that while it continues to accept immigration-related petitions, processing may be delayed.

Unfortunately, deadlines for immigrants and nonimmigrants remain in the pre-COVID-19 realm. Thousands of foreign nationals in the U.S. and Canada are currently facing crucial deadlines for renewing their status or switching to another status thereby permitting them to stay in the country without accruing unlawful presence or falling out of status. There are steep consequences for those that violate their status in the U.S., including becoming subject to deportation and removal and, in some instances, future inadmissibility. Canada is making moves to accommodate some immigrants and nonimmigrants in tough situations (e.g., increasing the maximum allowable employment duration for workers in the low-wage stream of the Temporary Foreign Worker Program from one to two years, and looking into alternative means to provide permanent resident landing services), and other countries like France and Ireland have temporarily extended the status of certain foreign nationals in country.

However, the U.S. has made no indication it will even consider making a similar move. What’s more, workers are being left without the possibility of being able to renew their work authorization in a timely manner, after USCIS announced on March 20 that it was suspending premium processing (processing within 15 days for an additional fee) for the core employment-related nonimmigrant (form I-129) and immigrant (form I-140) petitions. This means that if a foreign national worker’s status expires while they are waiting the months it normally takes for the government to process employment-related petitions, they could be stuck in the U.S. without work authorization, or forced to go home without a job.

USCIS made one attempt to ease the strain on individuals and businesses filing for U.S. immigration benefits, by announcing that it will temporarily allow electronic copies of original signatures on forms and other documents. But it is a drop in the bucket toward what needs to happen to ease the strain on businesses employing foreign workers in the U.S. and the workers themselves. The U.S. government needs to provide immediate legal relief for those foreigners caught in the U.S. without options for extending their status or work authorization in a timely manner. Other actions — such as permitting electronic filing of additional forms or providing a temporary extension on current approved work authorizations — would also allow businesses to comply with current rules in place while protecting their valuable foreign national workers.

Most businesses have had to jump through significant hoops to get their foreign national workers permission to work and live in the U.S. in the first place. In a time when businesses need their best and brightest workers in order to survive this crisis, the U.S. government should help businesses retain those workers who will help them recover from the current crisis the fastest — without regard to their country of origin. Because the sooner the U.S. gets back to business as usual, the better it is for Americans.